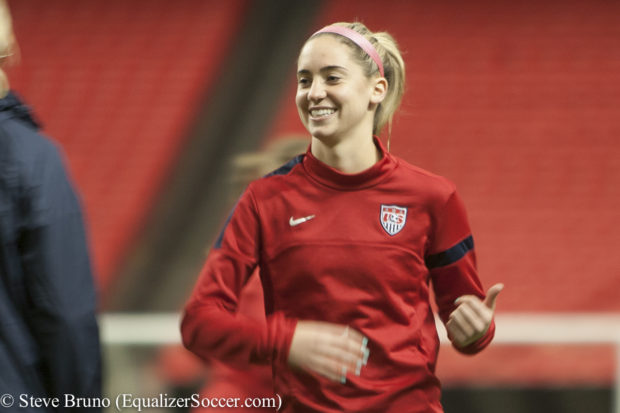 The knee injury suffered by Morgan Brian during the SheBelieves Cup will keep her from joining the United States for its camp that opens later this week and the two friendlies against Russia on April 6 and 9.

On March 17, the Houston Chronicle‘s Corey Roepken reported that Brian tweaked her MCL during the U.S.’s 3-0 loss to France in the closing match of the SheBelieves Cup. In two Dash preseason matches Brian has yet to take the field. She will remain in Houston to continue her recovery with the club.

Brian will not be replaced in U.S. camp which will now number 23 players. Head coach Jill Ellis will select 18 to dress for the matches which are in Frisco and Houston respectively. Click here to see the full roster. Just don’t forget to take out Morgan Brian

Monday Roundup: Lloyd, Dunn on opposite ends of FA Cup semifinal draw
The Lowdown: From cupcakes to radio silence