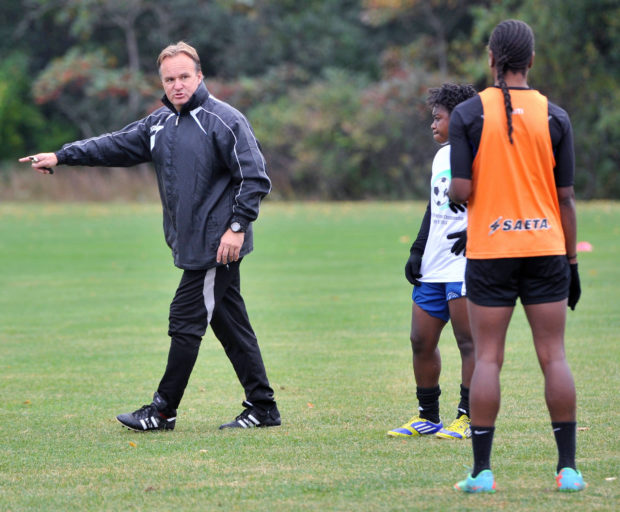 The Puerto Rican Football Federation (FPF) announced on March 11th the appointment of experienced women’s club and national team head coach Shek Borkowski as the technical director for all their women’s national teams. Labrador Rosa, the FPF President said: “For the first time in history we are designating a national coach specifically and permanently for our women’s teams, which highlights the importance we are giving to women’s football, understanding that we have a great chance of achieving a significant and rapid progress at an international level. We understand that with the arrival of Borkowski we give a big boost to the growth of that process of female advancement.”

Borkowski, who was the women’s national team coach for Haiti for the past five years, has an urgency to prepare a successful team this summer as 2019 Women’s World Cup qualifying in the Caribbean region will begin this May, with the three Caribbean teams decided this August for the CONCACAF finals—a year sooner than with the 2015 WWC sub-regional qualifiers. In addition, Borkowski will also have CFU (Caribbean Football Union) U-20 qualifiers in July and U-17 qualifiers in August.

Borkowski, 54, said: “My goals for the Puerto Rican national teams are to be the number one senior team within the Caribbean Football Union and in the top four in CONCACAF.” Puerto Rico’s Caribbean competition for one of the top three CFU spots is Trinidad & Tobago, Jamaica and his former side Haiti, who finished third in the CFU World Cup qualifying for the 2015 Women’s World Cup in Canada.

{USWNT:  Bush on the state of the three-back experiment}

For CONCACAF sides, Puerto Rico must challenge past traditional powers Canada, Mexico and the United States, as well as developing forces in Costa Rica and Trinidad & Tobago, the latter who recently appointed former Canadian and Italian National Team Coach Carolina Morace to lead them. For Puerto Rico’s youth sides, Borkowski said that he: “wants to finish within the top three in the CFU at both the U-20 and U-17 level.”

Borkowski, a native of Poland who played at the University of Akron, started FC Indiana in Goshen, Indiana (population 30,000) in 2000. FC Indiana quickly became a destination location for top American and international players in the years after the WUSA folded in 2003 and before WPS launched in 2009. The club won two WPSL crowns (2005 and 2007), two U.S. Open Cup titles (2005 and 2008) and a W-League runners-up spot (2008). In 2009, Borkowski moved to Russia to coach two-time reigning league champions and UEFA Champions League runner-ups Zvezda-2005, based in Perm.

Borkowski has sent many of his former players overseas as well as his long-time assistant Kaloyan Petkov, who is now the head coach of Kazakhstan and BIIK—the top club side in the country. His most recent export is 18-year old Nerilia Mondesir of Haiti, who is now playing in France for Montpelier’s first team. Shanna Hudson—a Haitian-American who played at the University of Southern California—played in Japan with FC Charme. Longtime FCI midfield Annelie Leitner—a junior to be at the University of Indiana—was named to the Austrian squad for this year’s Cyprus Cup. Scottish-Canadian goalkeeper Shannon Lynn—who has been capped by Scotland—moved from Hibernians of Scotland to Chelsea in England and onto Vittsjo of Sweden after a solid season at FC Indiana in 2009.

Puerto Rican international players will have access to Borkowski’s large base of club contacts abroad to move into the professional ranks. Also, a firm believer in the semiprofessional scene in North America, Borkowski—who has entered FC Indiana in both the UWS and WPSL for 2017—will be astute at looking for opportunities to encourage a team to launch in San Juan in the future—the Puerto Rico Capitals played two seasons in the WPSL in 2008 and 2009.

Borkowski discussed the crucial differences that he sees between his previous work with Haiti and his new job with Puerto Rico—both being island nations in the northern zone of the Caribbean Football Union—besides the obvious difference that Haiti is French speaking while Puerto Ricans are typically fluent in Spanish and English, as it is a territory of the United States. This is a crucial component because Puerto Ricans are American citizens and carry American passports for international matches, which means that Borkowski will have no difficulties with travel plans due to visa acquisitions. 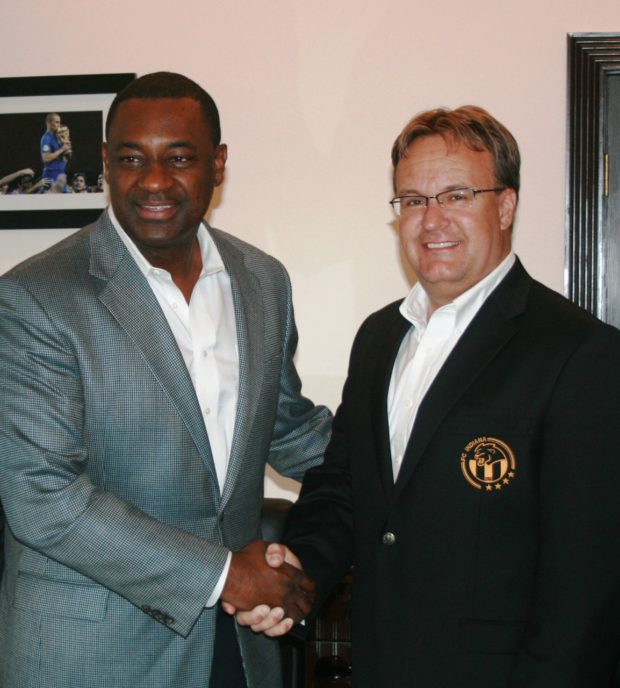 Borkowski will not lose players to defections as he did when in charge of Haiti; eight of his squad over the past few years chose to stay in the United States illegally rather than return home, which prompted the U.S. government to halt issuing any visas for his players to train in 2017 in Indiana. Two ex-players even visited the Haitian team in Florida during a training camp last year as they were working in a nearby hotel. Borkowski frequently lamented the fact that he could not get visas for his Indiana-based Haitian players to go to Canada—despite numerous conversations with Canadian head coach John Herdman about friendly matches there; Herdman saw his New Zealand Women’s World Cup side lose 1-0 in Indianapolis in 2007 to Borkowski’s FC Indiana squad.

Borkowski also expects fewer parental concerns and pressure for players to stop playing in their early twenties in Puerto Rico compared to what he faced in Haiti, when parents would frequently tell his players: “Why are you playing this game for no money and wasting time? Get married or get a job.” When Haiti stepped in for Australia to play the 2015 World Cup titlists U.S. team in two friendlies in late 2015 after Australian national team players cancelled the tour in a contract dispute, Borkowski essentially used U-17 and U-20 players on his side with only a few players over 21, because he had so much difficulty keeping players involved in the game past their late teens and early twenties.

Borkowski’s appointment already has had an impact on the Puerto Rican diaspora in North America. He reached out to his extensive college coaching network as well as to elite club soccer coaches and has received a number of recommendations of players to scout, including some who have played for Puerto Rico at the youth level but have not been selected since. Borkowski is not the type of coach who will use a squad of mainland based players at the exclusion of island-based talent; that has never been his style. With Haiti, he used three or four American-based diaspora to support a strong youth base at home.

Some of the talent that the new Puerto Rico coach is excited about includes former Washington State University forward Mikeala Castain, who took some time off after college to work in business before becoming an assistant coach at the University of Montana last year. Castain retired as the third all-time goalscorer in WSU history with 33 goals from 2010 through 2013. Tessa Andujar is a former University of Florida defender who has tried out with the Houston Dash in the NWSL in the past; she played youth international for Puerto Rico. Michelle Cruz played for Seattle Reign FC after playing her college ball at the University of Portland.

Borkowski is confident that he can assist in “increasing the pool of talent at home and abroad for the Puerto Rican national teams.” He has already planned three friendlies against college teams in April to help prepare his new side ahead of CFU World Cup qualifying this summer: April 20th at Notre Dame, April 22nd at Ball State (Indiana) and April 24th at St. Bonaventure (New York).

Puerto Rico qualified for the CONCACAF Women’s Gold Cup only once—in Canada in 1998—but last year made the 8 team CONCACAF finals for the Rio Olympics, not impressing however after recording big losses to the U.S. (10-0), Costa Rica (9-0) and Mexico (6-0). The hiring of Shek Borkowski will definitely energize the Puerto Rican national side and women’s football on the island; he has a successful model to developing national teams which should quickly end the days of Puerto Rico being seen by many other national sides as an easy win.