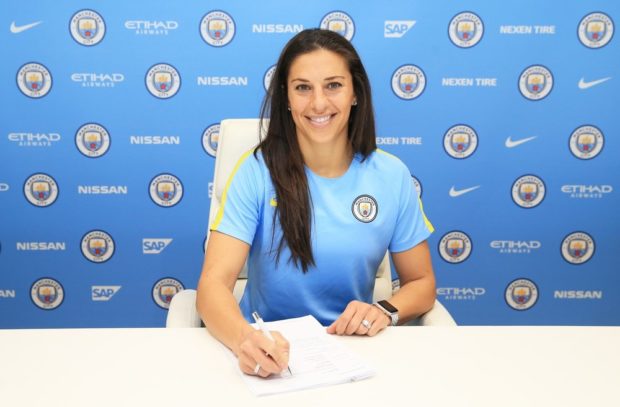 Two out of four UEFA Women’s Champions League Quarterfinal games will be available to US viewers this week: Manchester City vs. Fortuna Hjørring and Bayern Munich vs. Paris Saint-Germain.

Carli Lloyd and Manchester City kick off against the Danish side of Fortuna Hjørring on Thursday at 2pm ET. Fans in the US will be able to watch via MyCujoo, a legal (and free) streaming site that has historically live streamed a number of women’s soccer matches such as the U-17 UEFA EUROs, as well as lower leagues in both Europe and Brazil. Once the game begins, click here to watch.

{THE LOWDOWN: Three units that could make or break NWSL seasons}

With a start against Northern Ireland, Jess Fishlock will make her 100th appearance for Wales (Photo Copyright Patricia Giobetti for The Equalizer)

Wales, Ireland and Norway national teams announced their rosters for upcoming friendly matches in April that all included some NWSL talent.

WALES: Jess Fishlock was named as part of Jayne Ludlow’s squad for their upcoming two-game series against Northern Ireland on April 5 and 7. The Seattle Reign midfielder’s next appearance for Wales will be her 100th. She will be the first Wales women’s player to ever reach that milestone for her country. Most recently, she played for (and managed) Melbourne City during their run to capture the Westfield W League title in February.

IRELAND: Denise O’Sullivan was named to the Irish roster for their upcoming friendly against Slovakia on April 10. O’Sullivan will embark on her second season with the Houston Dash next month when the NWSL season gets underway. She saw action is 16 matches last year, making two starts. The forward spent three years with Glasgow City where she scored 33 goals in 65 games before coming to the NWSL.

NORWAY: Boston Breakers forward Emilie Haavi was named to Martin Sjögren’s Norway squad for their friendly against Switzerland on April 10. The Breakers signed the 24-year old last October and she will make her debut for the club later next month. The World Cup veteran most recently scored 49 goals in 82 matches for her previous club, Lillestrøm SK.

The North Carolina Courage will open preseason play this Saturday against the University of Tennessee at Queens Sports Complex in Charlotte. The Courage will then open April with three matches in eight days, all against ACC clubs at WakeMed Soccer Park where the club will play home matches this season. The match against Tennessee will be the first time the Courage take the pitch since being sold and transferred from Western New York in January.

The April matches will be against Wake Forest (April 1), Duke (April 5), and North Carolina (April 8). All matches are free and open to the public. The injection of ACC opponents will be a welcome change for those who followed the club from Western New York where top-quality opponents were difficult to find for preseason matches.

The Courage are returning much of the core group that won the NWSL Championship as the Flash last October. They also drafted Ashley Hatch and Darian Jenkins in the 1st round and signed Brazilian midfielders Debinha and Rosana.

The preseason schedule (all timed EDT):

Snow announces U.S. U-23 rosters for upcoming camps in Portland and Orlando 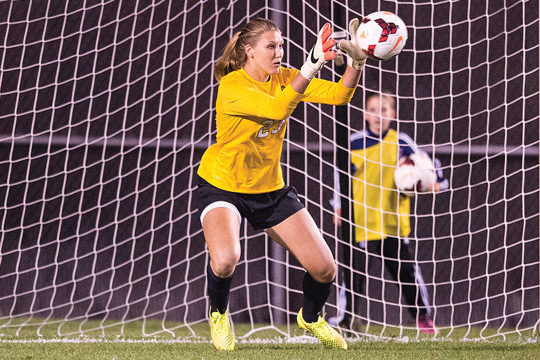 Acting head coach B.J. Snow named both of his upcoming rosters for the U.S. U-23 women’s national team’s participation in the Thorns Spring Invitational in March as well as their Orlando training camp in April.

The Thorns Spring Invitational will kick off on March 26 in Portland where the U-23 squad will take on three NWSL teams at Providence Park (Houston Dash, Portland Thorns FC, Chicago Red Stars) before traveling to Orlando for a training camp from April 2-8 that will include a closed-door game against the Orlando Pride on April 7. Snow named different rosters for each event, with only six players that will be crossing over between the two. There are no NWSL players named to either roster.

See below for the full rosters for both Portland and Orlando. 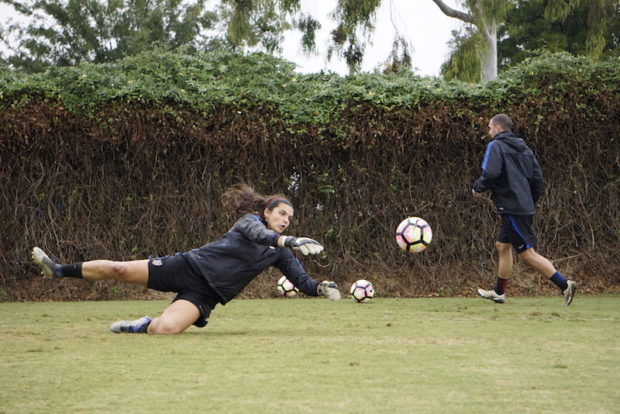 26 players called into U.S. U-19 training camp in April

Head coach Jitka Klimkova has called up 26 players for training camp to take place in Sunrise, Florida from March 25 to April 1.

Of the entire group of players brought into the last training camp for the U-19 squad last January, only three players will go on to participate in this one. Those three players Kiara Pickett, Emily Smith Sydney Zandi were all part of the U-17 team that represented the U.S. at the 2016 FIFA Women’s World Cup.

See below for the full roster.