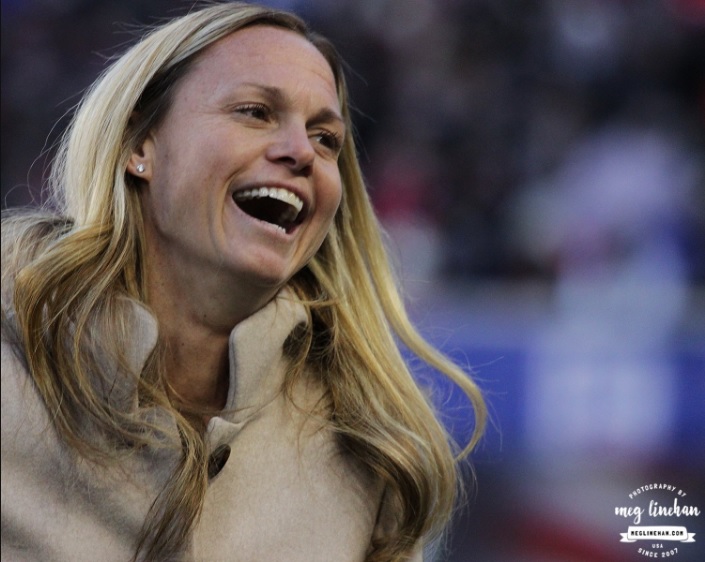 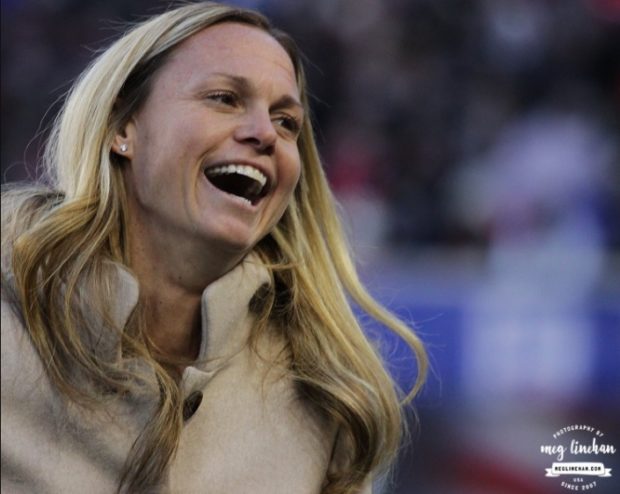 As her name was announced throughout Red Bull Arena in Harrison, N.J., former U.S. national team member and long-time captain Christie Rampone stood alongside her two daughters, Rylie and Reece, and former teammate Abby Wambach. It was a cold and windy evening, but the crowd still roared with cheers and applause.

Christie grabbed Reece’s hand, and the Rampone girls walked out onto the field to stand alongside a framed No. 3 blue national team jersey with the name “RAMPONE” across the back.

A montage of Christie’s 19-year career played on the jumbo tron while Alicia Key’s “Girl on Fire” echoed throughout the arena in-between sound bites. The Rampone girls, as well as the rest of the stadium, watched as clip after clip showcased the remarkable career that reigned from 1997-2015.

After the video, the announcer listed off several of Christie’s numerous accomplishments. Wambach then presented Christie with red, white and blue flowers as the crowd once again roared in support. 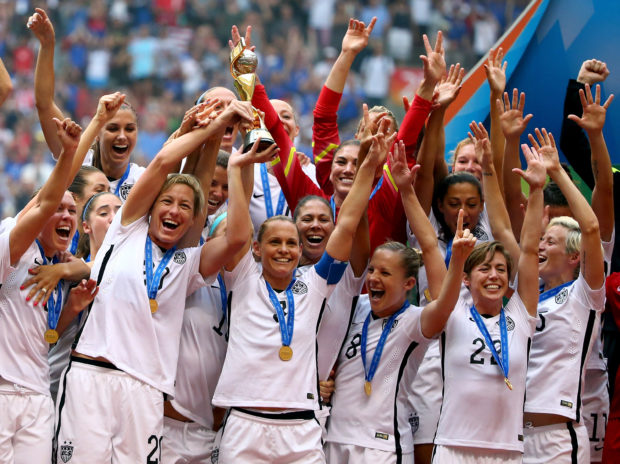 Christie Ramone and the USWNT with the 2015 World Cup trophy. (Getty Images)

“It’s pretty special and amazing,” Rampone said to the media during halftime of the SheBelieves Cup match between the USA and England. “It’s hard to really put into words because I’m always someone that’s like, ‘I’m all in,’ in everything that I do, and I think that I’ll realize this probably when I’m at home. One day, it’s going to just hit me like, ‘Wow, I can’t believe I played 19 years at the highest level.’”

Rampone is the second-most capped player in the history of international women’s soccer with a grand total of 311 appearances. She sits behind former teammate Kristine Lilly, who retired after playing 354 games. Rampone was the most capped active player in the world at both the 2011 and 2015 Women’s World Cup, and is one of two players in soccer history to have played in 300 or more games for her country.

{JOHAL: England win on US soil was a long time coming}

“For as long as I have played with [Rampone], she was always the captain and she, on a team with extroverts, was just very introverted, but everything she said carried such weight,” USWNT defender and current co-captain Becky Sauerbrunn said. “Captain America, I mean, she did everything on the field; she did everything off the field…that’s the perfect name for her and I don’t think that there’s ever going to be another one.”

Rampone’s career statistics are just a glimpse of how much she impacted the USWNT and women’s soccer. She started in 272 of her 311 caps and played a total of 24,011 minutes in a U.S. uniform, second-best in U.S. history. She finishes as the USA’s only four-time Olympian and as a three-time Olympic gold medalist. In addition, she finishes as a two-time Women’s World Cup champion, winning in 1999 and 2015. She and Lilly are the only U.S. players to compete in five Women’s World Cup tournaments.

“I just feel very fortunate that I got so many years to play with her,” Sauerbrunn said. “My first cap was right next to her and it was like we had been playing for years and that’s kind of what Christie was all about. She was just so steady. It didn’t matter if we were up four goals or down four goals; you just always knew what you were going to get from her and it was just reliable and steady.”

Rampone’s strong leadership from the backline is one of the things that former teammate and current co-captain Carli Lloyd says she will remember most.

“I think some of the memories I go back to are obviously some of those big moments – the World Cup, the Olympics – and turning behind me and always seeing [Rampone] back there in the center of the field,” Lloyd said. “She knows how to lead the team and she led our team to championships and just did an exceptional job. She’s definitely missed.” 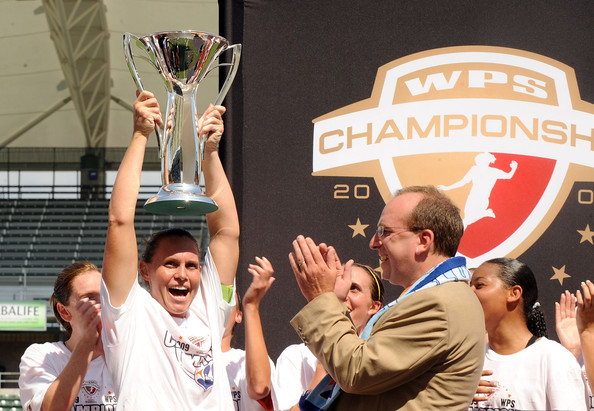 In 2009, Christie Rampone became player/coach at Sky Blue and led the club to the WPS Championship. She was also pregnant at the time. (Zimbio photo)

The Point Pleasant, N.J. native played her final international match on September 20, 2015 against Haiti in Birmingham, Ala. In her final tournament match, Rampone entered the 2015 Women’s World Cup Final in the 86th minute and later triumphantly lifted the World Cup Trophy with Wambach. Rampone is the eighth woman in U.S. history with two World Cup titles to her name.

Despite all of her remarkable accomplishments, Rampone did not list any of the above stats as what she wanted to be remembered for. For her, being remembered as a player who put the team before herself, the consistency of transitioning between various roles throughout her career and being the best leader possible are what’s most important.

{REMEMBER WHEN: Christie Rampone and some teammates went to the Daytona 500}

“I’m just really fortunate that I was able to play this amazing game for so long,” Rampone said. “Going through college on a basketball scholarship, soccer just kind of came out of nowhere. I’m blessed and appreciative of what the sport has given me all these years. For all the ups and downs, there are so many great memories and there are so many great stories to pass on to the youth. It’s so exciting to see new faces and new growth because the game is evolving and changing and you need that.”

One of these new faces is USWNT midfielder Rose Lavelle, who earned her first cap during the 1-0 loss to England. During Rampone’s honoring, Lavelle was standing alongside the rest of the USWNT starters and could feel the stadium’s adoration full force.

“I think [Rampone] is such a great leader and such an awesome inspiration,” Lavelle said. “It was so awesome being out there and seeing her be sent off and seeing her have such a huge standing ovation and such a huge reaction. I think she has grown the women’s game and I think her contributions to the game are something that can’t be matched.”

Although Rampone will no longer wear the U.S. crest, she will continue to lead as captain of Sky Blue FC for her fifth National Women’s Soccer League season and 11th overall playing professional women’s soccer in the U.S.