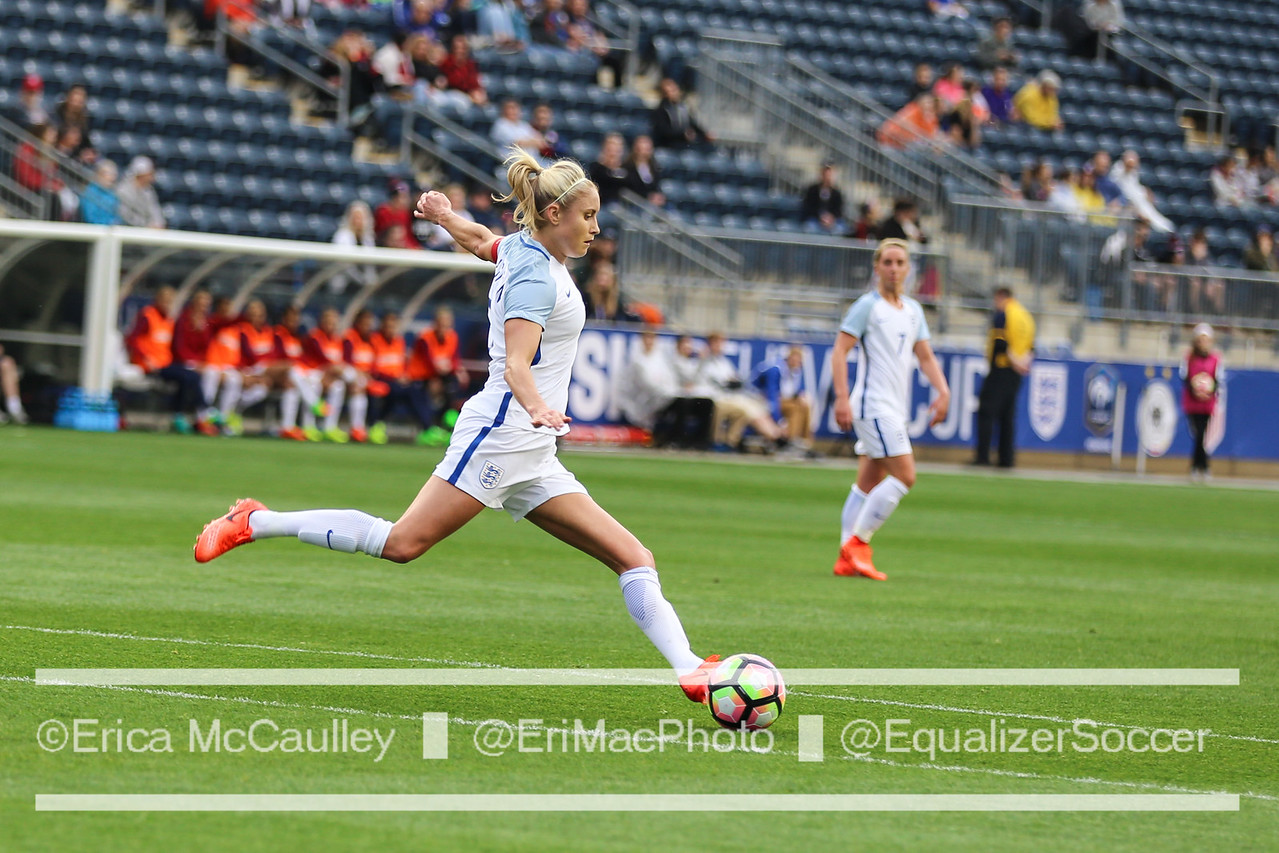 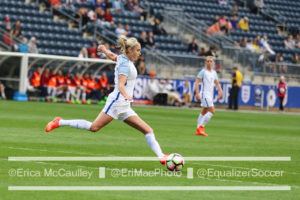 NEW YORK CITY – Not since 2013 have fans seen so many USWNT stars take their soccer careers overseas. The likes of Carli Lloyd, Crystal Dunn and Heather O’Reilly have all left the comforts of the NWSL for a journey to compete in the FA WSL. Quite often the U.S. has been a go-to destination for female players wanting to play professional soccer. Times have changed, and the WSL is attracting top U.S. talent to the chagrins of many NWSL fans.

Arsenal Ladies midfielder Jordan Nobbs can remember growing up and hearing about players having to play in the U.S. in order to have a professional career. Having Lloyd, Dunn and O’Reilly playing in the WSL will show young U.K. girls that they don’t have to move abroad to play.

“When I was younger, everyone was saying you need to go to America to play football,” said Nobbs. “Now we’ve got Carli Lloyd and Heather O’Reilly coming over to our league to play. I think it just shows the growth in the women’s game has been so dramatic. It’s only going to make us better on the pitch when we have them not only in our team, but playing against them. I think it’s a great plus side for women’s football.”

The 24-year-old Nobbs has already learned so much from having O’Reilly in the Arsenal environment. She knew right away that having the U.S. Soccer veteran midfielder would bring a great work ethic and strong influence for Arsenal’s young squad.

{MORE: Mallory Pugh brings the youth back to the USWNT | Jeff Plush steps down as NWSL commissioner}

“Yeah, the amount of things she’s won, it’s incredible,” said Nobbs of O’Reilly. “Even when she trialled with us a little while back, I was saying to Pedro (Coach Pedro Martinez Losa) we need to get her in our team. I think she offered a different side to football. She’s energetic, fit, she’s constantly positive no matter what’s going on. Even when you’re having a tough day. She’s like, this is what it takes. She’s been a great add to our team, and hopefully she’ll help us in the league as well.”

A few hours up the road, Manchester City made quite the splash this off-season. Carli Lloyd’s short-team contract for the WSL spring series made headlines all over the globe. Although Lloyd has yet to practice with her new club, the likes of goalkeeper Karen Bardsley is excited to see what she and the other American signings will bring to the league.

“I’m really proud of not only Man City, but the English league to have attracted such talent this season,” Bardsley said. “We’ve obviously got Carli, but Arsenal have the likes of Heather O’Reilly, and Crystal Dunn at Chelsea. We’re really looking forward to this year, and I think a lot of girls, myself in particular are looking forward to getting back to training.”

While detractors might deem the signings of Lloyd, Dunn and O’Reilly as a knock against the wellbeing of the NWSL, others consider it a terrific opportunity, providing experience to play in another country and another league. It’s just another step in the careers of three fantastic footballers.

Manchester City and England skipper Steph Houghton is already thinking of all the trophies Man City could be lining up to win. Adding Carli Lloyd to the mix will only strengthen the top club in the WSL. City are loaded in the midfield and will no doubt be the team to beat.

“I think from my point of view, to have the best player in the world at Man City, it’s fantastic for the football club. For the squad as well to have someone who’s experienced big games, played in the biggest stage, won World Cups, and lots of trophies,” Houghton said. “Ultimately at our club we want to be successful in the league, FA Cup, Continental Cup, the Champions League, which is the biggest club stage. I think the players playing against us, and for the likes of Crystal Dunn as well-being attracted to our league, it can only be a good thing.”

Fans will be able to see Bardsley, Nobbs, Houghton, Lloyd and Dunn on Saturday afternoon in Harrison, New Jersey when the U.S. takes on England in the SheBelieves Cup. One matchup to keep an eye on is Nobbs vs. Lloyd. The diminutive midfielder earned praise at last year’s SheBelieves Cup for keeping Lloyd in her pocket and frustrating the New Jersey native.

“Carli Lloyd, I kind of man for man marked her last year,” said Nobbs “Hopefully there’s times in the game I can take my edge on the top players in the world. Don’t get me wrong, she was very hard to play against. I think it definitely improved me as a player, and made me realize how structured you’ve got to be against someone with movement like that.”

Although the SheBelieves Cup is a friendly tournament, fans can expect to see some banter and tough tackles. Foes on Saturday will turn to teammates in a few weeks time. Lloyd and Dunn will want to show that they can bring it, while the Lionesses trio will want to give them a taste of what to expect in the WSL. It’s a match the English side is excited  about.

“I think it will be good fun,” admitted Bardsley. “We’re looking forward to learning how to be a bit more clinical, especially at City. With Carli’s coming, I think she’s going to help us build our mentality a little bit more. I think it will be good fun with Crystal and Carli when we play them. On the pitch, I’m sure there will be digs flying around and stuff like that. We’re all looking forward to it.”

Women’s football is always growing and taking new strides each and every day. The signings of three star U.S. players to the WSL should be supported as a positive step towards growth and development in England. Although some fans will question why they decided to play elsewhere, it’s ultimately their choice and betters football all around.

Mallory Pugh brings the youth back to the USWNT
Algarve Day 2: Canada stay on course with win