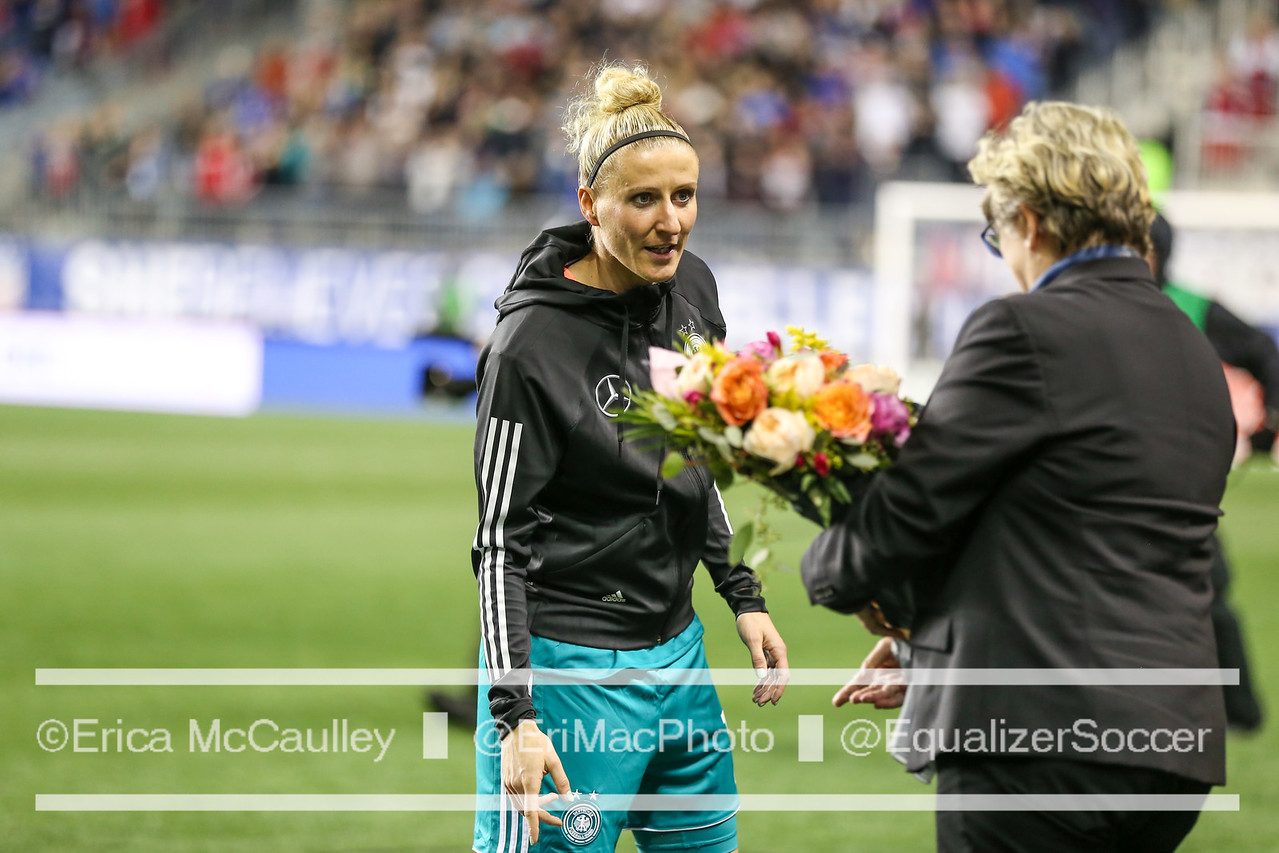 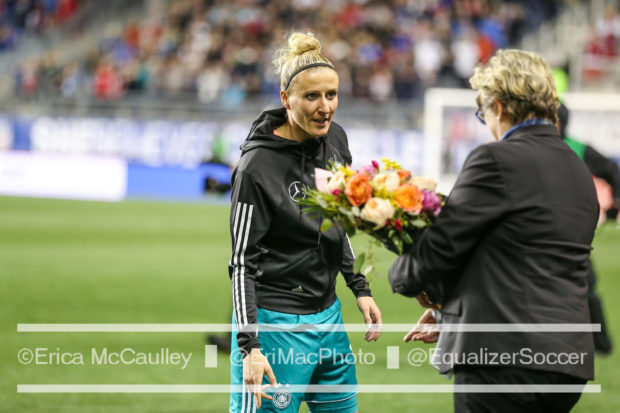 CHESTER, PA. – Germany’s Anja Mittag was honored for her 150th cap prior to taking the pitch against the United States, a milestone that has only occurred four previous times for a German player. The 31 year-old Mittag was glad to be recognized, but she had hoped for a different result against the U.S.

“Yeah, it’s not happened that often,” Mittag said about the milestone. “Of course I’m really happy, and proud. I wish we could have won the game. It is how, it is. We should learn the best out of it.”

Mittag has always been a consistent scoring threat for her national and club team. She is always creating havoc for defenders, and taking her opportunities in front of goal. It’s no surprise that her next goal will be another terrific accomplishment, her 50th.

“Not much,” said Mittag when asked of her debut with Germany. “I just remember I came in during halftime, and we won.”

In those thirteen years, football has progressed not only in Germany, but throughout Europe, North America and beyond. Interest has never been higher, support, coverage, and the way female footballers are respected, and treated has changed for the good.

As someone who is viewed as a role model for aspiring professional footballers in Germany, Mittag doesn’t feel that she’s a big deal, but 150 caps, and 49 goals internationally, is a big deal. She is a positive example for the next generation.

Do her teammates look up to her?

The great Birgit Prinz, holds the all-time Germany records of 214 caps, and 128 goals. Mittag laughed off any talk that she could one day break that appearances record, or come anywhere near it. For now, she’s just happy playing football for new coach, Steffi Jones.

Mittag left Wednesday’s match in the 74th minute. She appeared to be under strength for much of the match. The U.S. created time and space, and comfortably played three defenders at the back. The offense never really got going for a Germany side that looked fatigued.

“Just a charley horse,” said a casual Mittag. “No, I’m fine. I think everyone was a little bit tired in the end. It was a really intense game, and we arrived two days (Monday) ago.”

Taking on the top team in the world, with several players unavailable due to injury is a tough task for any team. Jones had to adapt her tactics as Germany lost for the first time with her in charge. A 4-1-1 record amidst a different coaching style from Jones, is something Mittag, and her teammates are enjoying.

Anja Mittag will be looking to get Germany on the score-sheet when they take on France on Saturday afternoon at Red Bull Arena, in Harrison, New Jersey. A rivalry that always produces top football, like the 2015 FIFA World Cup quarterfinals win by Germany.

“As everyone knows, France is playing good possession,” said Mittag. “It will be a really tough game, and we want to do it better than today.”

You don’t achieve 150 caps by dwelling on the past. Mittag and Germany have already moved on as they prepare for France and what should be another fantastic SheBelieves match.

Naeher takes Round 1 in battle to be top keeper
Lauletta: XI games to circle on NWSL calendar