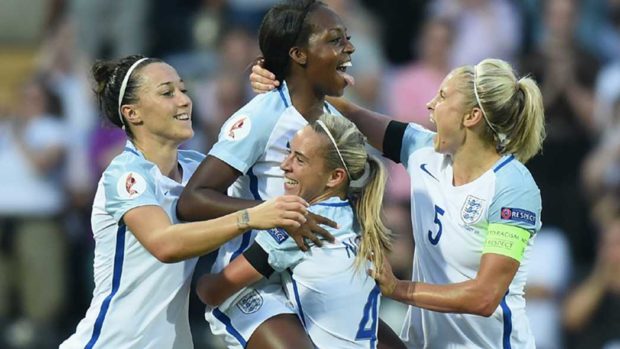 The England women’s national team have announced two international friendlies in April. The Lionesses will first take on Italy on Friday, April 7 followed by Austria on Monday, April 10. The friendlies will be the team’s final matches ahead of this summer’s 2017 UEFA EUROs tournament.

“These games are excellent preparation for us ahead of the Euros,” England captain Steph Houghton said. “They’re against good European opposition and are close together, so really replicating what we’ll be experiencing during the tournament.

“We need to use these games to build momentum in both our performances and togetherness as a team. We want to be as ruthless as we can be and get into winning habits, and that’s something we’ll be working towards in these games.”

If England is looking to go into the EUROs with winning momentum, they likely picked the right opponents. The last time England faced Italy was during the 2014 Cyprus Cup, where the Lionesses defeated the Azzuree, 2-0, thanks to goals by Toni Duggan and Karen Carney. They last faced Austria in August 2010, which they also won, 4-0. Kelly Smith, who recently retired from her playing career, scored a brace in that match, and Ellen White and Alex Scott had singles.

England next competes against the U.S., France and Germany in the 2017 She Believes Cup, which kicks off on Wednesday. 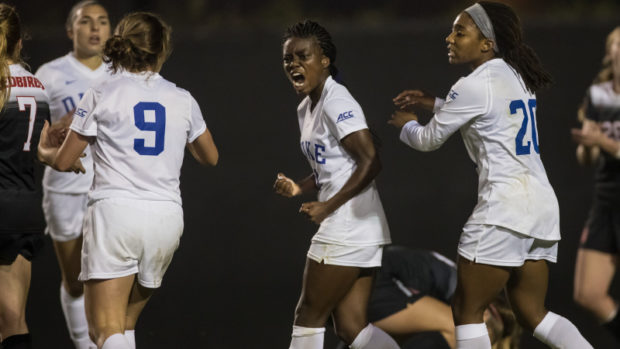 It was announced today that Duke University product Toni Payne signed a contract with AFC Ajax of the BeNe League last week. Payne will join the Dutch club in May following her graduation from Duke.

The Birmingham, Alabama native was recently selected by FC Kansas City as the No. 13 overall draft pick in the 2017 NWSL College Draft in January. Despite being drafted, Payne flew out to Amsterdam for a week-long trial with the club. She told TopDrawerSoccer that after the trial she realized the offer to play with Ajax was too good of an opportunity to refuse.

“For me I’d say the environment of it all and the perceived passion of the community and the love for the game (swayed me),” she said. “And also a different sense of professionalism just depending on what club you’re with. I think just being able to have the opportunities like, for me and I would assume most women watch European men’s leagues, and to be able to play at that type of level for a woman I think is a really good opportunity and really cool, and something I think I’ve wanted to do since I was a little girl.”

At Duke, Payne scored 23 goals and recorded 21 assists over 90 matches. She was named to the 2016 preseason MAC Hermann trophy watchlist as a result of leading the Blue Devils to the 2015 College Cup final by scoring three goals and recording two assists in the 2015 NCAA tournament. Payne assisted on the semifinal-winning goal and scored a last-second insurance goal to see Duke advance to the final, where they fell to Raquel Rodriguez and Penn State.

She also has been a staple in the U.S. youth national system since being called into a U-14 camp in 2009. She was a part of the U-23 squads that advanced to the Nordic Cup championship and won the Istria Cup title in 2016, and won the 2012 CONCACAF U-17 Women’s Championship with the U-17 team. Despite her success with various U.S. youth national teams, Payne, whose parents are from Nigeria, also told topdrawersoccer that she is undecided whether she will represent the U.S. or Nigeria at the senior national team level.

Payne now joins the list of top collegiate players signing with European clubs. Canadian internationals Kadeisha Buchanan and Ashley Lawrence forwent the NWSL draft in favor of playing in France with Olympique Lyonnais and Paris Saint-Germain, respectively. Savannah Jordan, who has been in U.S. youth national system since 2008, recently signed with Glasgow City FC despite being drafted by the Portland Thorns as the No. 18 overall draft pick this year.

U.S. U-20 squad named ahead of La Manga series

On Sunday the United States U-20 women’s national team started off a new cycle by traveling to Spain to participate in a three-game series in La Manga. The annual tournament is the first step in many for the U-20s in their quest to qualify for the 2018 FIFA U-20 Women’s World Cup in France.

Play kicks off for the U.S. on March 3 when they take on Norway, followed by a March 5 contest against Germany and concludes on March 7 against France. The U.S. will face the U-19 teams from each side.

Ahead of the series, 24 players were named to the squad, including 10 players currently enrolled in college. Three players are holdovers from the team’s previous cycle, with Brooke Heinsohn, Jordan Harr and Emily Fox having competed with the U-20 team in the 2016 U-20 Women’s World Cup in Papua New Guinea. Heinsohn did not see any action in that tournament as she served as backup goalkeeper, but Fox started five of six appearances for a total of 413 minutes.

Seven rostered players–Jaelin Howell, Laurel Ivory, Civana Kuhlmann, Isabel Rodriguez, Karina Rodriguez, Sophia Smith and Frankie Tagliaferri–competed with the U-17 team in its Women’s World Cup held in Jordan last year. Kuhlmann scored a hat trick in the U.S.’s 6-1 win over Paraguay and Tagliaferri scored two tournament goals, but neither player’s effort was enough as the team dropped the next two matches to be eliminated from the tournament.

Smith will be joining the team straight from England, where she has been competing with the U-18 WNT. The forward scored five goals in three matches to see the team finish 2-0-1 for the series.

Missing from the roster are Mallory Pugh and Ashley Sanchez, both of whom will be competing with other national teams at the same time. Pugh was named to the senior USWNT’s SheBelieves Cup roster, while Sanchez will be with the U-23, who will be in La Manga at the same time for a three-game series of their own.

With former U-20 head coach Michelle French, who coached the U-20s during the last two cycles, recently joining the senior USWNT as an assistant coach to Jill Ellis, the U-20 team will be coached by April Heinrichs, the U.S. women’s technical director, while U.S. Soccer begins its search for a new head coach.

According to U.S. Soccer, the U-20 matches will be streamed live online. Details are said to be announced on the U.S. Soccer youth national teams Twitter account (@ussoccer_ynt) at a later time.

U.S. U-18 WNT close out England series with scoreless draw 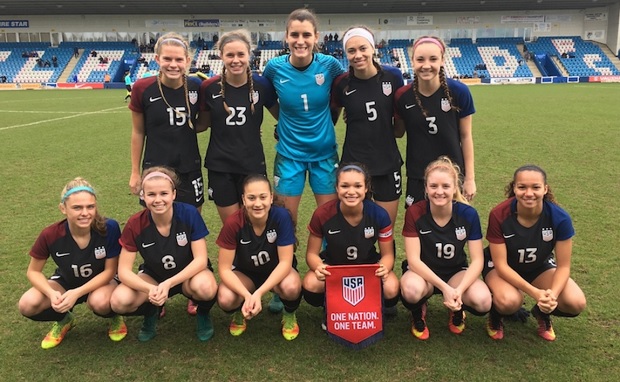 Despite the United States U-18 women’s national team defeating host country England 3-1 on February 19, they were unable to best the host country in the second of two meetings between the teams. Instead, the two battled throughout two 40-minute halves to a scoreless draw.

The U-18s traveled to England on February 15 for a three-game series that included Norway, who they defeated 5-0 on February 21, and closed out the series against England on Saturday.

The U.S. was the better team for most of the match, outshooting England 12-8 and putting 7 shots on goal compared to England’s 6. However, England’s keeper came up big to make 7 saves to prevent the U.S. from getting on the board.

Forward Sophia Smith, who scored 5 goals during the series, will next travel to La Manga, Spain, where she will compete with the U-20 team in their three-game series while the rest of the team returns home. The U-18 team will reconvene in April for a domestic training camp.