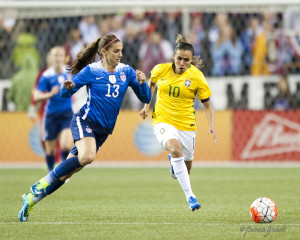 FIFPro, the world player union, released its shortlist for the 2016 Women’s World XI. The list consists of 55 players from 22 different countries that were voted on by more than three thousand female players from around the world.

The voters selected one goalkeeper, four defenders, three midfielders and three “attackers,” or forwards. The players with the most votes were named to the shortlist from which the Women’s World XI will later be selected.

This is the second year FIFPro has named a Women’s World XI. Nine of last year’s XI were once again named to the shortlist, with only Celia Sasic (retired) and Aya Miyama (injury) not making the cut. 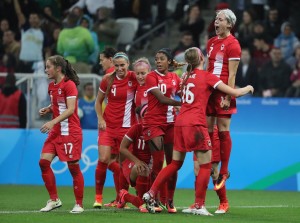 Canada women’s national team head coach John Herdman has named his 22-player Algarve Cup roster ahead of next month’s tournament. Canada is the defending champions of the tournament and, with Herdman’s squad, has a very good chance of repeating.

“This tournament will be our first opportunity to play consecutive competitive fixtures since the 2016 Rio Olympics and a chance to get our whole squad back together. The focus will be on winning the tournament, by firstly shaking off some rust and then pushing to recreate the tactical cohesion and off-field chemistry we saw in Rio,” said Herdman. “We have six new additions to our squad, players who showed well on our assessment camp and who will add depth to key positions and challenge the Olympic core players for places. This is a fast paced tournament where we will face one day turnarounds between games, so we will need to hit the ground running and maintain a high pace if we want to win back-to-back Algarve titles.”

Those six new players include seventeen-year-old Sarah Stratigakis, who received her first start in her first cap in the Bronze Medal Celebration match against Mexico, and Washington Spirit draft pick Lindsey Agnew. They are two of a number of players who have come to the team through Canada’s EXCEL program.

Noticeable roster absences are that of Diana Matheson and Josée Bélanger. Matheson was left off as she continues recovering from injuries that also kept her off of Canada’s Bronze Medal Celebration roster earlier this month. Bélanger, on the other hand, has only made sporadic appearances for Canada recently, so her absence is not a surprise. 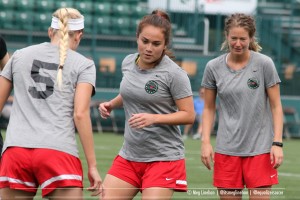 The Portland Thorns announced today that they have re-signed defender Emily Menges and midfielder Mana Shim.

Menges joined the Thorns in 2014 after being selected in the third round of the NWSL College Draft. She is now ranked third in club history in games started (59) and minutes played (5,301), while ranking fourth in games played (60). In 2016, she started played every minute of every match for the Thorns, helping them win the Shield and advance to the playoffs. For her exemplary performance, she was named to the 2016 NWSL Best XI and earned her first call-up to the USWNT in November.

“Emily was one of the key reasons we had such a great defensive record last season,” Mark Parsons, head coach of the Thorns, citing the Thorns’ defense that allowed the fewest goals (19) in the league during the regular season. “She made great progress throughout 2016, and I look forward to supporting her on making big strides again this season.”

The Honolulu, Hawaii native has been with the Thorns since their inaugural season after coming to the team via open tryouts despite being drafted by the Houston Dash in the 2014 expansion draft (she was traded back just a week later during the NWSL College Draft). In her four years with the club, Shim has made 43 starts in 68 appearances, scoring 9 goals and recording 9 assists.  Last season Shim had nine starts and an assist over 14 games for the Thorns.

“Mana showed her ability to link and create while also developing her game on the defensive side in 2016,” Parsons said. “I look forward to seeing her continue this work and be ready to help the team any way she can.”

Portland begins its preseason camp on March 13 and opens at home against the Orlando Pride on Saturday, April 15. 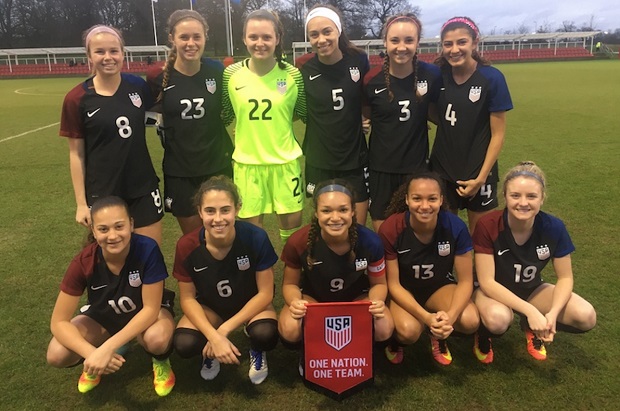 On Tuesday, the United States U-18 women’s national team defeated Norway, 5-0, to embark upon a two-game winning streak in England. The team traveled overseas on February 11 for three matches, two against the host country  and one against Norway.

In the U.S. U-18’s most recent win, forward Sophia Smith scored a hat trick, and forward Summer Yates and midfielder Cori Dyke scored one goal apiece. Yates scored the game winner off a diving header in just the 12th minute of the contest, which was divided into two 40-minute halves. Smith and Dyke gave the team a 3-0 lead at the half, while Smith completed her hat trick in the second half, scoring in the 45th and 53rd minutes.

Smith now has five goals for the trip, also scoring a brace in the U.S.’s 3-1 win over England on February 19. Yates also opened the scoring for the U.S. in that match.

The team will once again face England on Saturday, February 25 for the final match of the trip.

University of California midfielder Emma Fletcher announced Tuesday afternoon that she had signed with Arna-Bjørnar in the Toppserien, Norway’s top women’s league. Fletcher registered for the 2017 NWSL College Draft but went undrafted.

“I’m super excited,” she said. “My teammate Guro Bergsvand is from Norway. She’s told me lots of great things about the place, and it seems like a cool team.”

With the signing, Fletcher is now one of three other Golden Bears to play professionally. Teammates Ifeoma Onumonu and Arielle Ship were taken in the NWSL draft, landing with the Boston Breakers and Washington Spirit via trade, respectively.

The Victoria, British Columbia native also competed with the Canada U-20 team in the 2014 FIFA U-20 Women’s World Cup, helping them to advance to the quarterfinals. She also played in the 2015 Pan Pacific Games, in which Canada was eliminated in the semifinal round.