The Canadian women’s national team announced on Tuesday that they will host the Costa Rican women’s national team in two friendlies in June. The team continues to add to its action-packed spring slate as they will compete in March at the Algarve Cup, followed by matches against Germany and Sweden in April before returning home to take on Costa Rica on June 8 in Winnipeg and June 11 in Toronto.

This will be the first meeting between these two teams since February 2016 when Canada eliminated Costa Rica from the CONCACAF Qualifying Tournament and then proceeded to clinch its spot in the 2016 Rio Olympic Games.

Head Coach John Herdman is excited for the two-match series against Costa Rica according to the federation’s official release. “Getting to play in front of Canadian fans is really special, so we are obviously thrilled to be coming home for another June two-match series,” he said.

The team will be returning to Winnipeg for the first time since 2014. As for Toronto, this will be their first time back at BMO Field since June 2016 when the team lost to Brazil ahead of the Olympics.

The Canadians open Algarve Cup play against Denmark on March 1 and then continue to face off against Russia and Portugal in group play.

Today, the Oregonian confirmed that the Portland Thorns signed Australian forward Ashleigh Sykes. The Sydney-native will join the Thorns on June 1 and evidently will not be in Portland once the 2017 NWSL season kicks off. The 25-year old spent most of her professional soccer career playing with Canberra United of the W-League since 2008.

On the international stage, Sykes first debuted for the Matildas in 2008 but saw most of her action for country come in 2015. Since then, she has appeared for her country 19 times, scoring five goals. Most recently, she was named to the 2015 FIFA Women’s World Cup roster for Australia where she made her World Cup debut in the group stage against the USWNT.

Head coach Antonio Cabrini named his 23-player roster for Italy for the upcoming Cyprus Cup yesterday. The team is set to kick off the tournament on March 1 against North Korea. They will then take on Belgium and Switzerland to close out group play. The Azzuree squad finished last year’s Cyprus Cup in third place after coming out of their group in 2nd place and beating Czech Republic 3-1 in the third place match. 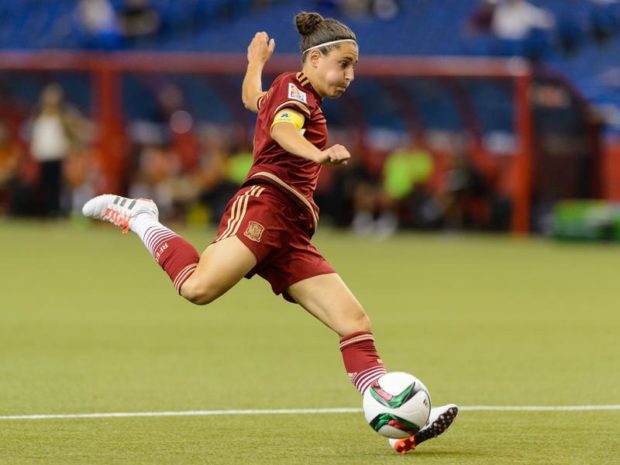 The Spanish federation announced its roster ahead of the Algarve Cup under head coach Jorge Vilda. The group that will represent Spain this upcoming March kicks off play for the tournament on March 1 against Japan. They will face Norway and Iceland in the group stage as well.