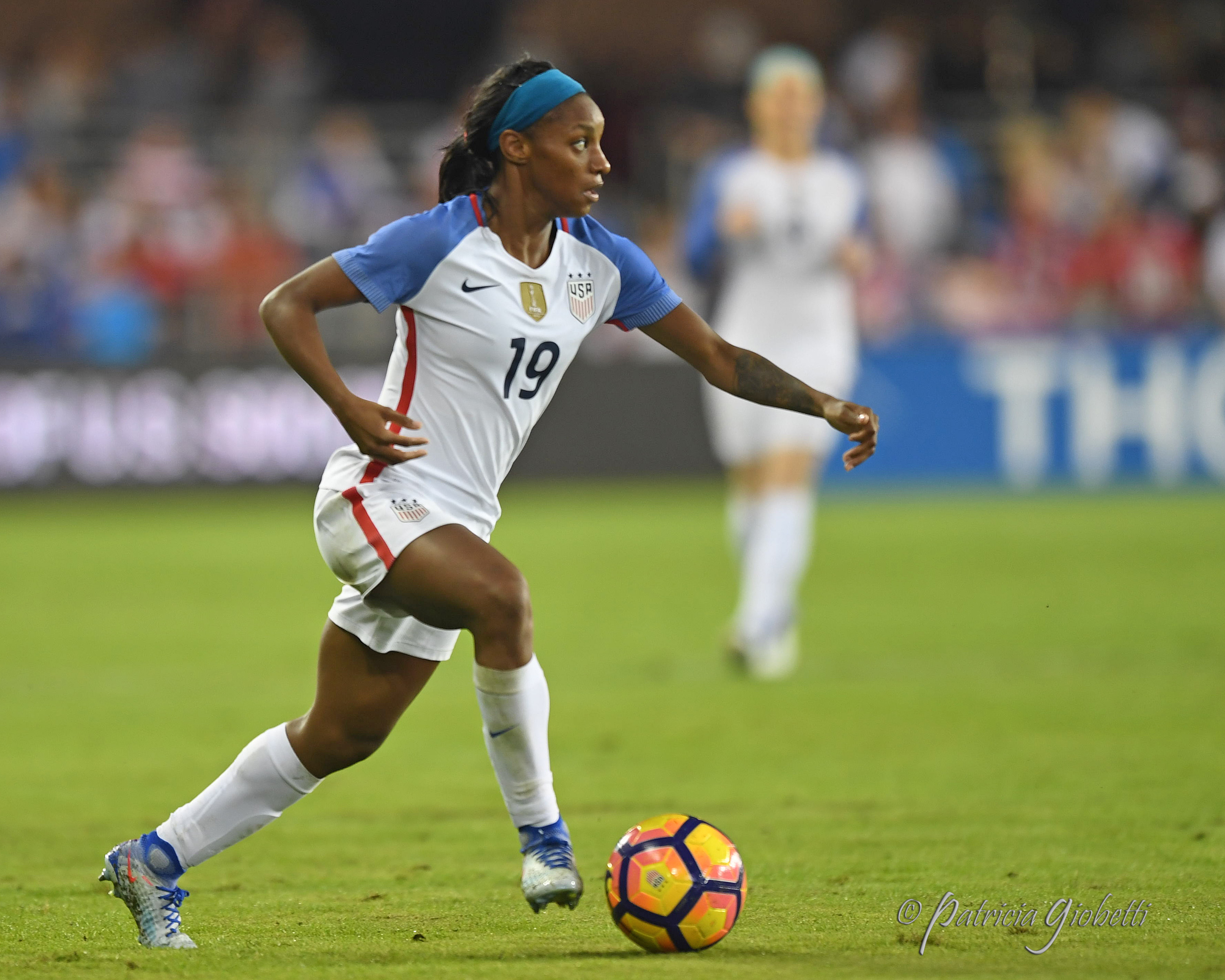 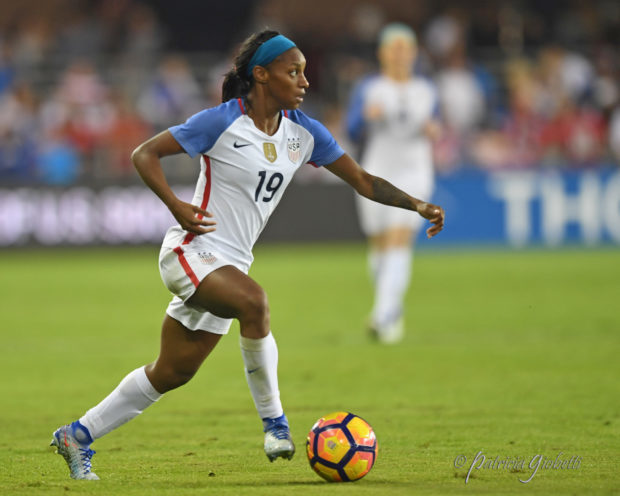 As promised, Crystal Dunn is returning to U.S. shores for the SheBelieves Cup. (Photo Copyright Patricia Giobetti for The Equalizer)

Jill Ellis has called in 25 players for training camp ahead of next month’s SheBelieves Cup. The roster includes NWSL No. 1 overall pick Rose Lavelle who was in multiple camps over the last year but has yet to be capped. Fellow rookie Jane Campbell is also on the list plus the uncapped pairing in midfield of Sarah Killion and young Brianna Pinto. The 16-year old Pinto began the year in U-23 camp, was brought to the senior camp afterwards and is not a heartbeat from dressing for a full national team contest.

Amy Rodriguez, who did not play last year due to maternity leave, is on the roster after participating in January camp. Sydney Leroux, who also had a baby in 2016, has yet to be called back in but is training toward a return.

{RELATED: Solo tells 60 Minutes Sports she wants to be at France 2019}

Alex Morgan and Crystal Dunn, both of whom recently signed to play in Europe, were also called in. Meghan Klingenberg and Mallory Pugh are both on the roster after missing January camp through injury.

Notably absent from the roster is Megan Rapinoe.

“January gave us a chance to see some new faces in with the veterans, and get some quality time on the training field,” Ellis said. “A player’s performance in that camp and positional depth guided our selection for this pre-camp, and from here we will select our SheBelieves Cup roster.”

Ellis will trim the roster by two players before the U.S. opens defense of the SheBelieves Cup on March 1 in Chester, Pennsylvania against Olympic gold medalist Germany. The round robin tournament continues with matches against England (March 4, Red Bull Arena) and France (March 7, RFK Stadium). All match days are doubleheaders with the two other teams facing each other before the U.S. play.