A NWSL team in Vancouver? Canada WNT are all for it 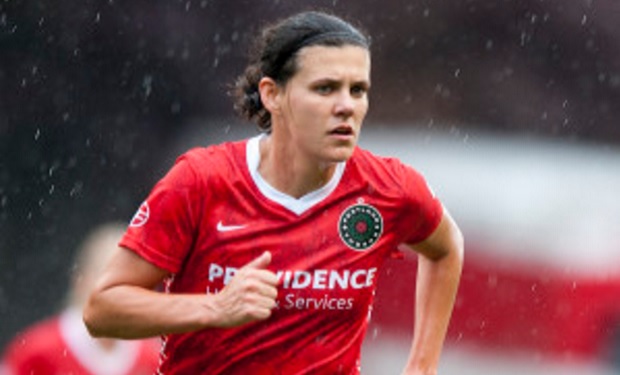 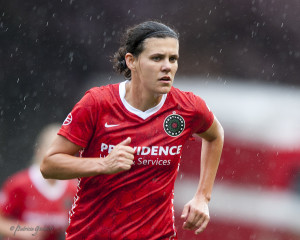 Christine Sinclair is one of several Canada WNT players who’d like to see an NWSL expansion team in Vancouver. (Photo Copyright Patricia Giobetti for The Equalizer)

VANCOUVER, B.C – An NWSL franchise in Canada is something that is long overdue. If Canada is going to continue to produce and develop top talent, players need an opportunity to stay in Canada and play professionally. The NWSL has done wonders for the women’s game, and it’s time Vancouver and Canada Soccer bring a team to compete in the NWSL.

When a team does potentially arrive, will Canadian internationals want to play for a team in Canada? Surely you have to weigh the pros and cons. There would be a bigger spotlight and perhaps added pressure to perform. On the flip side, friends and family would be able to come and watch without having to cross into the U.S. It would help grow the sport in Canada and show the next generation that playing professionally at home in Canada is possible.

How much would you like to see your MLS teams investing in the NWSL, women’s soccer programs and other infinitives?

“I’d love to see it more and more. I know that there’s been a lot of energy in supporting women’s soccer here in Vancouver, even before MLS came on the scene. A number of our owners, as you know, are owning NWSL teams. They had a really exciting announcement with A+E this past week that I think will give them a great partner, a good broadcast platform, great marketing, support. I think you’ll see more and more MLS teams getting involved with the [NWSL], but I don’t think that’s the only way or even the best way. I think having independent owners that can sit down and decide that this is their purpose in getting the energy behind their team, as opposed to being a secondary investment, it would be a good mix. We made the decision a long time ago that we have a big task ahead of us to grow the men’s game in North America, and I thought if the league got involved in the women’s game, it would be a disservice to them. I think it would take us away from our task at hand. That’s why we pushed that energy down to our individual clubs. It’s good to see the growth of the NWSL. It’s exciting.”

Do you think Vancouver should get an NWSL team going forward?

“I’d love to see that. I’d love to see any of the pro teams, the MLS teams, step up and recognize what’s really here in this country. There is a market for women’s football, and I’m sure someone’s going to step into that arena and unleash it.”

What do you think about some of the pro teams in Canada stepping up and bringing in a women’s team to Canada?

“I think it’s something that needs to happen, I’m not going to lie. We’re a top four team in the world now. We’re the only one without a professional league or professional team. It’s something that needs to happen. Obviously being from Vancouver, I’d love to see one here. I think it could really work. It seems like the next logical step to continue to advance soccer in Canada.”

You mentioned Vancouver, when they get an NWSL team, will you come back home and play for that team?

Does there need to be someone like you on that team for it to succeed, like a big star player?

“This entire national team are stars, are draws. This city (Vancouver) has fallen in love with our national team. They love the sport, so I’m sure they’d come out and support it.”

What would it mean to you if Vancouver one day got an NWSL team?

“It would be unbelievable. As a Vancouver’ish native, I’d love to see women’s soccer come back to B.C. and to Canada. That’d be huge for the women’s game, but also just for the fans here locally. I think we are a true soccer fans and we love the game. I think it would be so exciting. I would love to be a part of that, if that were to happen.”

Would it entice you to come back to maybe play in your hometown?

“Yeah, I’m getting on in my years, getting towards the end of my career and I would love to end it here, if that were to present itself.”

How much would it mean to have a Vancouver NWSL team one day?

“Oh, that would be incredible. Vancouver or anywhere else in Canada, but definitely here. Every time we play at B.C. Place the fans here are incredible. We really are starting to feel like this is a home base for us. Just the energy, passion we get here, I know a women’s team would be successful. For me it would be a dream come true to be able to play professional soccer in my home country. Of course we’d love for that to happen in the near future.”

Would you like to play for a Vancouver team?

“I would absolutely love to. It would be a hop, skip, and a jump for my parents to get over here. It would be nice and easy. Just playing in front of a home Canadian crowd for the majority of the season would be pretty incredible.”

How much would it mean to have a Vancouver NWSL team one day?

“Oh, it would be sweet. It would also be amazing if Vancouver gets in and they just scrap the whole Canadians being internationals rule so we can get more Canadians in the league. That would be ideal for sure.”

A few years down the line and when your done with college, let’s say Vancouver gets an NWSL team. Would you be interested in playing for that team?