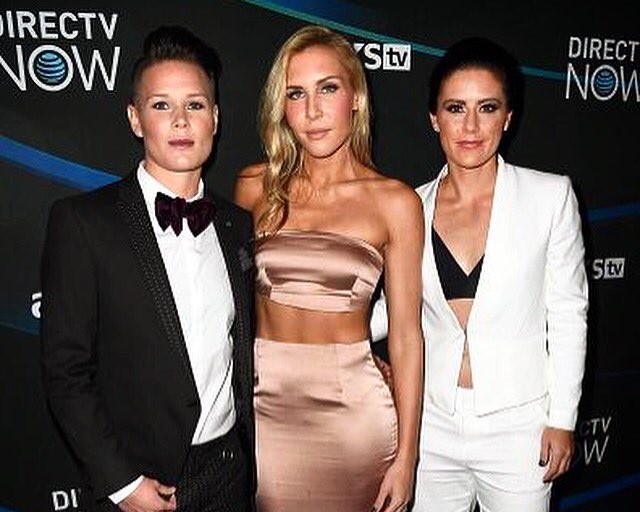 As great a time as the NWSL had in Houston for last year’s NWSL Championship week, we’re guessing the Super Bowl may have just slightly outdone that. Part of Super Bowl LI in Houston included a wide array of faces familiar to the women’s soccer crowd. Some were at NRG Stadium taking in the action, while others showed up on Animal Planet”s broadcast of Puppy Bowl XIII.

Ali Krieger of the U.S. national team and Orlando Pride was part of the Puppy Bowl:

You guys!!! The Puppies at The Puppy Bowl were the cutest! Thanks @animalplanet for the invite today..??❤ #SB51

We can’t see her, but Kelley O’Hara was also part of the Puppy Bowl:

But here’s proof Kelley was in Houston. Allie Long and Merritt Mathias too:

After last night I could really use some more puppy snuggles ? #puppybowl > #SB51

We’ll take the Breakers’ word for it that this photo is of managing partner Michael Stoller. What do you think?

This is definitely Stephanie McCaffrey. She’s from Boston. Do we think she was happy? (it’s a video):

And doesn’t it warm all of our heard to see these four just hanging out watching the game together? If you’re not sure, left to right it’s Mia Hamm, Julie Foudy, Kristine Lilly and Tisha Venturini-Hoch.

Did we miss anyone?