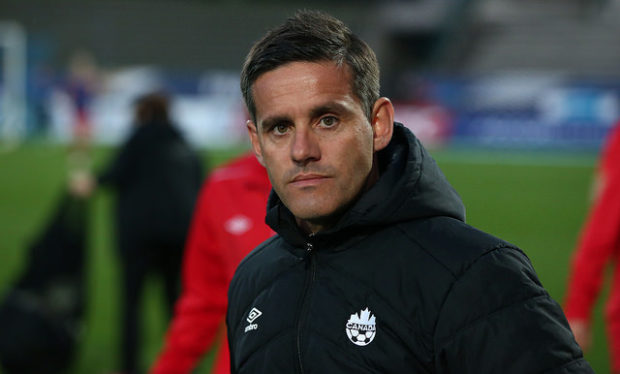 Recently drafted rookies Kailen Sheridan and Nichelle Prince are the new faces among 10 allocated to NWSL by the Canadian Soccer Association on Wednesday. Sheridan was drafted No. 23 by Sky Blue FC and Prince went No. 28 to the Dash. The 10 total allocations represents the five-year low for the CSA which paid the freight on 11 in 2016. Dropping off the list are Kaylyn Kyle and Josee Belanger from the Pride and Adriana Leon who departed the Flash last summer on a transfer to FC Zurich.

“We are very appreciative of and excited by Canada Soccer’s continued support of the league as well as the meaningful impact their players are having on and off the field,” NWSL Commissioner Jeff Plush said. “It is also important for the sustained growth of our league to have the top players from around the world.”

The list includes Christine Sinclair (Thorns) and Diana Matheson (Reign) who are the last two players left from the original Canadian allocation in 2013. Desiree Scott (FC Kansas City) was also part of the 2013 class but spent two seasons in England before returning in 2015. Sinclair is the only Canadian to be allocated to the same team every season.

All 10 players are currently in assessment camp in Los Angeles with Canada coach John Herdman. Leon is also in that camp as is Lindsay Agnew (Spirit), who at No. 19 was the first Canadian off the board on draft day. Agnew though was not included in this round of allocation.

The status of U.S. Soccer allocations appears to be held up by ongoing collective bargaining negotiations with the USWNT Players Association.

Here is the full list of players being subsidized by CSA 2017: