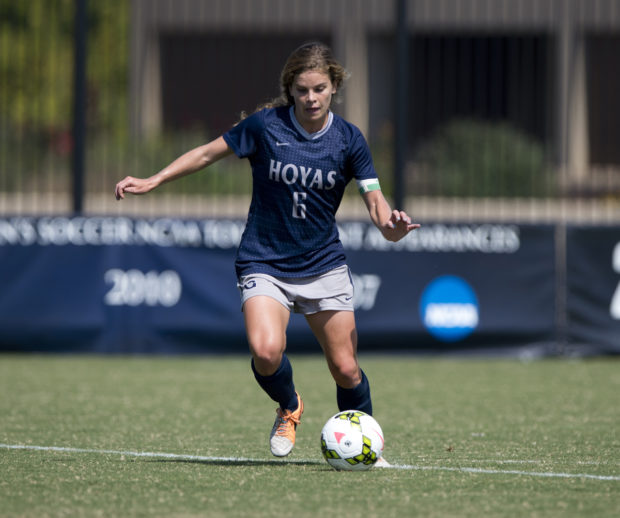 Sky Blue FC announced the signing of Daphne Corboz on Thursday. The 23-year old was drafted by Sky Blue in the 3rd round of the 2015 draft but elected to sign in England. She has played the last two seasons for Manchester City in the FAWSL. Corboz played at Watching Hills High School, about a 30-minute drive from Yurcak Field.

“We are delighted to have signed Daphne Corboz,” Sky Blue FC head coach Christy Holly said. “She is going to be a key piece to what we are trying to achieve over the next number of seasons, and she is an attractive player to us for many reasons. For starters, she is a New Jersey girl and has a full appreciation of what it means to wear the Sky Blue FC crest. She is someone who brings a huge amount of qualities on the field, and she also has a great personality off the field as well.”

Corboz played four years at Georgetown where she was a three-time All American including being named to the first team in 2012. She also has experience with the U.S. U-23 side having played at the Four Nations Cup in 2015. She is expected to help fill a void in the center of the attack and should help spread the field for Sam Kerr and Leah Galton.

Sky Blue president and general manager Tony Novo has known Corboz for many years and said of his new signing: “It has been fantastic to watch her development throughout the years, both as a player and a person.”