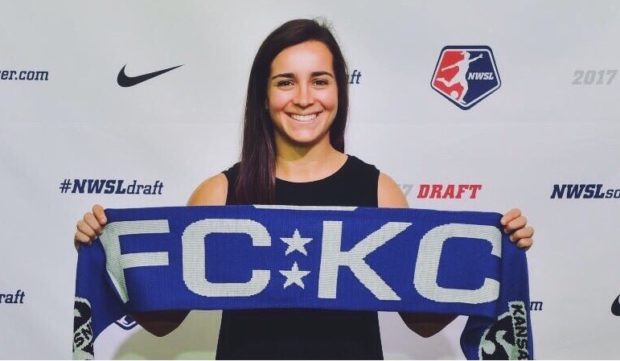 The Research Triangle area has come to the forefront of women’s professional soccer recently with the announcement of Steve Malik purchasing the Western New York Flash, moving them to Cary, NC, and renaming them the North Carolina Courage.

Even without this rapidly evolving move less than a week before the NWSL draft, the area would still have been a sizeable part of this year’s iteration of the league’s biggest off season event.

Players who attended colleges in the area, especially the storied North Carolina Tar Heels program, have long made up a considerable chunk of the professional rosters, and draftees who grew up in the area were definitely a notable storyline in Thursday’s draft.

Four players from the same club team in the area were taken in the draft, chief among these was recent U.S. national full team call up Christina Gibbons of Duke, who was taken fifth overall by FC Kansas City. Gibbons, the 2016 ACC Defender of the Year, was joined by center back Claire Wagner of Clemson and Virginia’s Alexis Shaffer, the latter of which won the ACC’s Midfielder and Offensive Player of the Year awards last season.  Raleigh native Cameron Castleberry of North Carolina was also selected in the fourth round.

Shaffer, who came off the board at No. 25, was also taken by FC Kansas City. Wagner, the 20th pick, was selected by her hometown team.  Castleberry was selected by the Washington Spirit at No. 36.

Having three players from the area drafted into the women’s professional league certainly demonstrates that the area is a hotbed for the sport, which has been heavily cited as a positive of the relocation of the NWSL franchise and the possibility of growing the solid fanbase Western New York failed to generate.

“I’m really excited for the community, the soccer community in North Carolina,” Gibbons said about her hometown getting a NWSL team. “You have great colleges there. I played club at CASL in North Carolina, so I’m just thrilled for the whole community that they have a soccer team to rally around now. I remember going as a kid to Carolina Courage games. I was a ball girl for many years for them, so it’s kind of crazy how it all comes full circle.”

Thirteen months ago Gibbons starred for the Blue Devils in a remarkable run to the College Cup.  Although Duke came up short in the final, falling to Penn State 1-0, the Blue Devils garnered strong support from the community. In fact, the 2015 College Cup was the second highest attended in the event’s history.

The 2015 College Cup also marked Gibbons’ first appearance on the complex’s main field. Now she may have the chance to grace the WakeMed Park’s main field as a professional soccer player, a dream that was just that about a year ago when the now Courage was located some 650 miles to the North.

“I don’t know if I can even put that into words,” Gibbons said about the possibility of playing at WakeMed Park as a professional when Kansas City comes to town. “Obviously, it’s been a childhood dream of mine, growing up in the area….It would be a very sweet homecoming and something I probably won’t be able to express until years down the line with a lot of reflection, but it’s something I very much look forward to.”