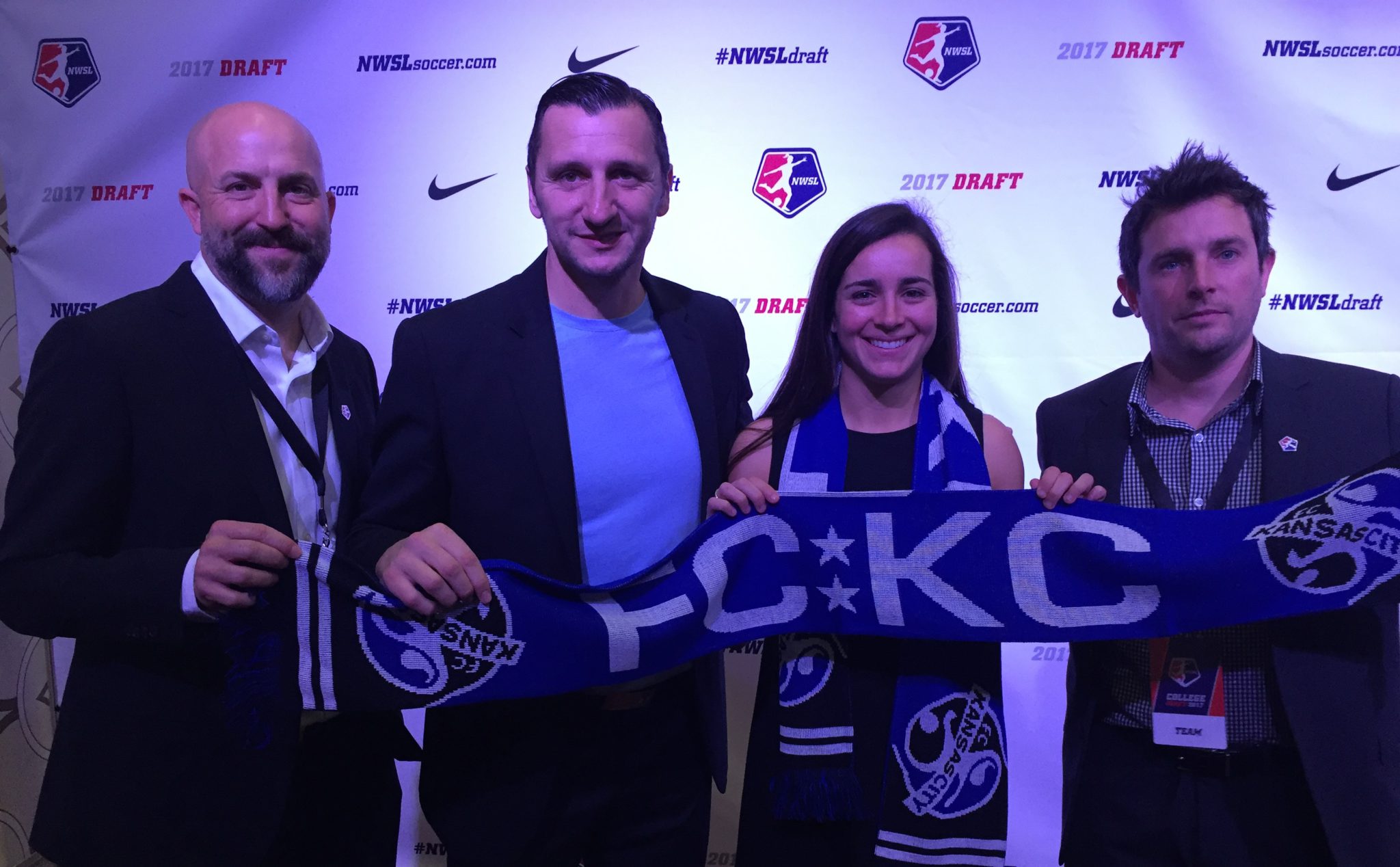 After waxing poetic about his latest draft picks, FC Kansas City head coach Vlatko Andonovski offered to show a few journalists his pre-draft rankings. A few minutes later he re-emerged with a laptop and proudly showed off that, at least by his standards, the Blues had a very, very good day at the office on Thursday.

“I spend a lot of time on the draft,” Andonovski said. “Maybe more than I should.”

A few minutes earlier, during the media scrum, a question came in about Alexis Shaffer still being available at No. 25. The coach politely interrupted and said, with a big smile on his face: “Shaffer was 25. Even better, right?” (Andonovski said he was writing Shaffer’s name down as the No. 24 pick was being announced, saying, “It was very surprising.”)

There were several oddities surrounding the 2017 draft, one being the recent sale of the Flash to North Carolina to become the Courage. Technical director Charlie Naimo wanted Ashley Hatch but there was some thought that ownership would push for Chrstina Gibbons, who grew up and played college soccer a stone’s throw from where the Courage will set up shop. But Naimo got his way and got Hatch and that suited Andonovski just fine.

“Coming to the draft I make a list and I hope that out of the list that I make I get one, two, three, four, and five. Obviously that’s not realistic. Christina Gibbons was one of my top players. I’m not saying that Rose (Lavelle) is not a good player or some of the other ones, but for what we need and the quality of player that she is for us (Gibbons) would probably go one or two if we had those picks. So when she dropped to five it was a no-brainer for me.”

In the second round, where the Blues have mined gems over the years from Erika Tymrak to Shea Groom with Jenna Richmond in between, they grabbed Toni Payne at 13 and Stephanie Ribeiro at 17. Payne played at Duke with Gibbons where the system is similar to the one Andonovski runs, and she has spent the last week in camp with the U.S. U-23s.

“I watched Toni for a week now with the U-23s,” Andonovski said. “Incredible kid. She’s got qualities that maybe a lot of people don’t have that can make her successful in this league.”

The FC Kansas City draft continued with Shaffer at 25 and concluded with Rashida Beal at 35.

“I think that they’re technical,” Andonovski said of the group at large, “but not just technical I think they just good, creative soccer minds. That’s what makes me most excited starting with Christina Gibbons, one of the best problem solvers right now coming out of college.

“Toni Payne is very dynamic and an unlock defenses from the second line or from anywhere in the final third. Ribeiro and Scchaffer are just incredible soccer minds and creative. They can make players around them look better.”

For the first time FC Kansas City will go into a season trying to gain on the competition. After three playoff seasons that included two NWSL Championships, the team was hit by a wave of retirements and two pregnancies last season and fell out of the top half of the table. Still the club comes with a reputation now as the first ever draft class in any league that graduated with a chance to play in a league that existed when they went to school.

Andonovski, who came to NWSL as a complete unknown, stops short of suggesting he has been part of any legacy in Kansas City, but did say he can see why a young player would want to go there.

“I don’t know if it’s because of me, but it’s probably because of (FC) Kansas City,” he said. “If I was Christina Gibbons and I know that I am going to Kansas City and playing next to Becky Sauerbrunn, I would be excited. It’s a great opportunity for players like her to come in and play next to the national team captain. Or if I was Stephanie Ribeiro or Alexis Shaffer or Toni Payne I would be excited to play behind A-Rod and Sydney Leroux, and Shea Groom.

“I think that first and foremost they’re well coached,” she said. “Second you hear that the team environment is a really good one. Obviously any team that has been that successful is a team you want to play for.”