Also in this roundup, the Courage sign Rosana and two international rosters were released

Former Kansas City defender Amanda Frisbie signed with the Boston Breakers today. Frisbie was drafted out of the University of Portland by the Seattle Reign in 2014 but missed the season due to injury. She has since been an NWSL journeywoman, making four appearances with Western New York in 2015 before being traded to Kansas City, where she made three appearances. FCKC waived the centerback in July, and she headed overseas to Iceland, where she helped Stjarnan Women win the Úrvalsdeild championship, qualifying for the UEFA Women’s Champion League.

Boston has had the busiest offseason of any team thus far. Frisbie joins Megan Oyster and Allysha Chapman as the most recent additions to the Breakers’ backline. They have also signed Norwegian striker Emilie Haavi and New Zealand midfielder Rosie White, acquired midfielder Amanda DaCosta in a trade with Chicago, and hold a total of eight draft picks. In his second year at the helm, head coach Matt Beard wasted no time in overhauling the Breakers roster in an attempt to avoid a third consecutive last-place finish. 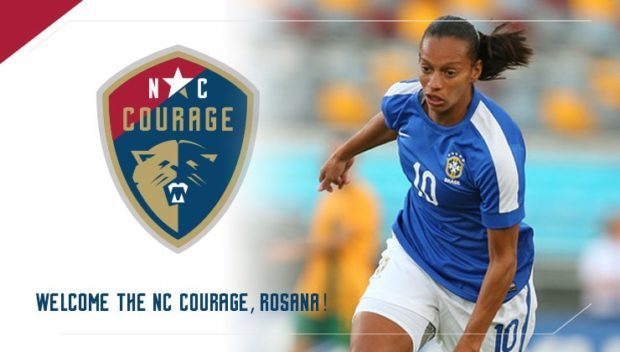 With their existence officially announced just yesterday, the North Carolina Courage wasted no time in making their first roster move by signing Brazilian midfielder Rosana. Her rights were acquired by the former Western New York Flash in a trade with the Houston Dash that sent a 2018 draft pick to the Texas club. Rosana signed with the Dash in 2014 but never played for the team.

Rosana brings a wealth of international experience with over a hundred caps in nearly two decades on the Brazilian women’s national team. A veteran of four World Cups and four Olympics, she won silver with Brazil at both the 2004 and 2008 Olympics. Rosana also won the 2009 WPS championship with Sky Blue, scoring five goals for the club that year, and has spent time with Olympique Lyon and most recently, Paris Saint-Germain.

The full France roster is as follows:

The previously named South African roster includes defender Janine Van Wyk who recently signed a contract with the Houston Dash for the 2017 NWSL season. Approaching 150 appearances, the Banyana Banyana captain is the most-capped South African soccer player of any gender. Texas A&M midfielder Stephanie Malherbe, part of the South African squad at the Rio Olympics, was not included on the roster. 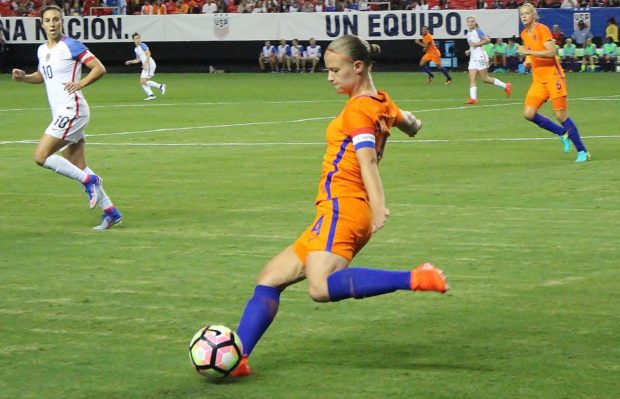 Mandy van der Berg was one of 25 players named to the Netherlands roster for La Manga. (photo by Allison Lee)

Interim Dutch coach Sarina Wiegman named the roster today for two friendlies at the end of the month against Romania and Russia. The roster contains many of the same names that appeared in a friendly against the USWNT in September which the US won 3-1, including goalscorer Shanice van de Sanden, captain Mandy van den Berg, and FC Rosengard standout Lieke Martens. The Netherlands has qualified for the 2017 Euros and will face Belgium, Denmark, and Norway in Group A.

The full Netherlands roster is as follows: