Also in today’s roundup, Clare Polkinghorne becomes first 100-cap player in W-League and the 2016 CONCACAF awards results are in 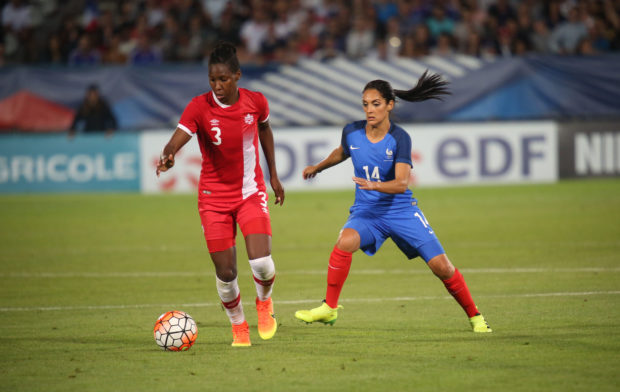 On Saturday, Olympique Lyonnais confirmed the signing of Canadian-defender Kadeisha Buchanan. Lyon, the defending UEFA Women’s Champions League champions, welcomed Buchanan to the team via Twitter two days after she was announced as the NCAA’s top women’s player.

Buchannan arrived in Lyon on Sunday, just two days after accepting the MAC Hermann Trophy in St. Louis for her collegiate play at West Virginia University. She is a four-time NSCAA All-American and Big 12 Defensive Player of the Year.

She is the second Canadian to sign with a French team in the recent weeks, as Ashley Lawrence signed with PSG early last week. Buchanan joins Alex Morgan as the second of two major North American signings for the club. Buchanan will be joining one of the best defenders in the world in French-superstar Wendie Renard at the center back position once she completes her medical today.

Olympique Lyonnais sits in second place behind PSG in with 27 points through 10 games and a record 9-1-0 to date.

The Brisbane Roar sit mid-table with 13 points through 10 games. They are one point shy of fourth place and four points shy of third. Next up, they take on the Newcastle Jets on Saturday 1/14. 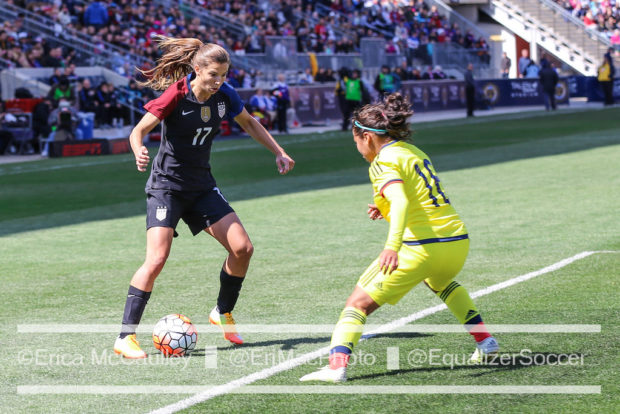 The fourth-annual 2016 CONCACAF Award winners were announced on Monday as USWNT players took home all eligible player-awards. Voting concluded Sunday at 11:59pm EST and consisted of voters from member association coaches, captains, media members, and fans. Here are the results:

Tobin Heath took home both Player of the Year and Best Midfielder honors after concluding 2016 with six goals and eight assists for the USWNT in 22 matches. The Portland Thorns midfielder was also named U.S. Soccer Female Player of the Year last month.