Today, the Sunderland AFC announced that Sunderland Ladies will now operate on a part-time basis only, ahead of the WSL Spring League after two full seasons operating as a team with a roster of full-time professionals in addition to part-time players. This adjustment will be a return to an older operating model at the club in which players were purely part-time.

According to the official release, through the course of review by management, they felt that “it became apparent that having a mix of full-time and part-time players was not working as effectively as the club, and indeed the players, had envisaged.” Much of the current team has other responsibilities and commitments in career or school which appears to have hindered full-time professional playing careers. With the new part-time status, players will be able to remain committed to their careers or to study while still having the ability to be a member of the first team, although it’s likely some current full-time professionals may look for other full-time opportunities elsewhere.

In 2016, Sunderland AFC Ladies finished in the lower portion of the FA WSL 1 table in seventh place with a 2-10-4 record.

Yesterday, the W-League announced the nominees for December’s Player of the Month that included three NWSL players on loan to W-League teams in the four-woman list. Headlined by English-international Natasha Dowie (Melbourne Victory) who received this award for her performance in November, the list also includes Sam Kerr (Perth Glory), Jen Hoy (Newcastle Jets) and Katrina Gorry (Brisbane Roar).  Dowie and Kerr both sit atop the scoring table with eight goals each in the race for the golden boot. Most recently, Dowie’s hat trick led the Melbourne Victory in a 4-1 routing of the Brisbane Roar in W-League action this past Sunday as her goal total reached eight over the last nine games this season.

Melbourne Victory’s Natasha Dowie celebrates her goal against the Newcastle Jets this past weekend.

Dowie, Kerr and Hoy are all on loan to their W-League clubs from the NWSL’s Boston Breakers, Sky Blue FC and Chicago Red Stars respectively. Gorry had a short stint in the NWSL in 2014 as she was a member of FC Kansas City’s Championship-winning squad. 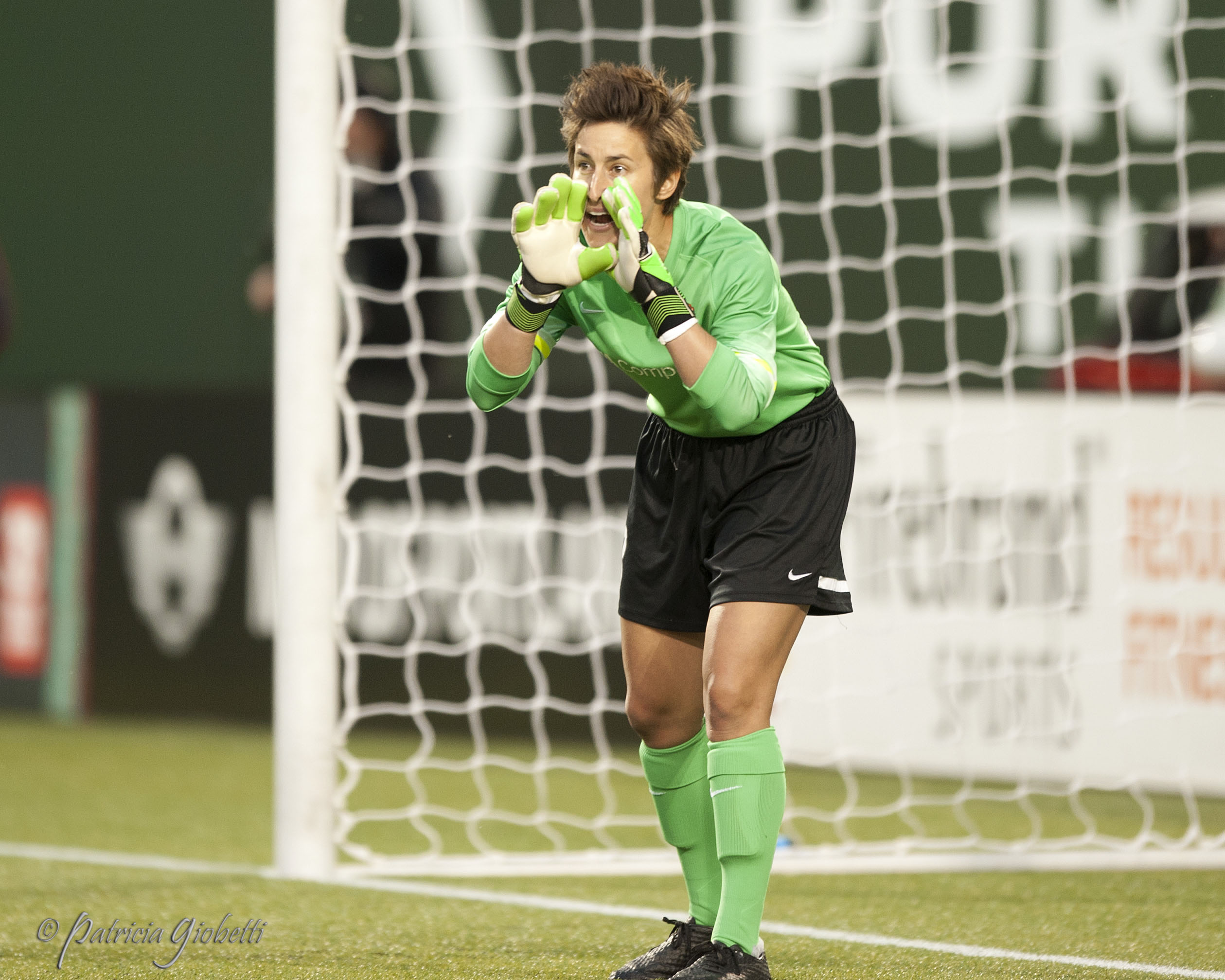 Bianca Henninger received an international call up for Mexico’s upcoming friendly against Canada in February. She re-signed with the Houston Dash in October 2016 and currently is on loan to Melbourne Victory of the W-League. Henninger, who has played for the USWNT at both the U-20 and U-23 level and was called into camp with the full national team in 2011, saw her first Mexico call up in 2016 for the Four Nations Tournament in China.

Sarah Killion (Sky Blue FC) has been added to Jill Ellis’ upcoming USWNT camp. Her addition to the player pool increases the number of players in camp to 30. Killion made 18 starts in which she played every minute during the 20-game NWSL season. This is her second call up to the senior team though she remains uncapped at this point.

Less than a week after her call up to U.S. U-23 women’s national team camp, Seattle Reign FC announced the signing of goalkeeper Madalyn Schiffel to the club for the 2017 season. Schiffel came to Seattle through a trade with the Washington Spirit in November. She was selected by the Spirit in the 2016 NWSL College Draft as the 34th overall pick, but most recently has been playing her club soccer with Avaldnes IL of the Norweigen Toppserien. Schiffel was also selected to the 30-player U.S. U-23 women’s national team camp this past Friday that will start on January 3 in Carson, CA.

Ghanaian-international Elizabeth Addo spoke out regarding the neglect the women’s national team is feeling from their governing body, the Ghana Football Federation, via Instagram on Thursday morning ahead of the GLO-CAF awards where she was nominated for Women’s Player of the Year.

“It’s such a heartbreaking story when an ordinary Ghanaian girl like me works their socks off, sweat the hell out of their pores to put on a shirt and represent her beloved country Ghana just to bring honors and joy to the people,” she writes “only to have her hard work to be smacked in her face by authorities.” She continues to address the lack of monetary pay for the Black Queens from their government.

Other nominees for the award included Nigeria’s Asisat Oshoala and Cameroon’s Gabrielle Onguene. Oshoala was eventually announced the GLO-CAF Women’s Player of the Year on Thursday afternoon. She plays her club soccer for Arsenal Ladies in the FA WSL.

Asisat Oshoala of The Super Falcons and Arsenal is Women’s Player of the Year #GloCAFAwards2016 pic.twitter.com/nUT8ShpIon