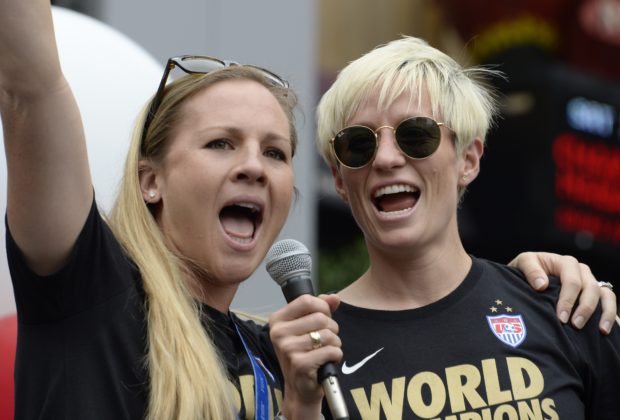 U.S. national team coach Jill Ellis has named 29 players for an 11-day camp beginning next week at the U.S. Soccer National Training Center in Carson, California. The camp will feature the return of Amy Rodriguez who took last year off to have her second baby. Sydney Leroux, who also had a baby in 2016, is not on the roster. Also includes are Megan Rapinoe and the pair that recently agreed to play in Europe, Alex Morgan and Crystal Dunn.

“The players have had a good break since our last games in November, and I know everyone is anxious to get back to work,” said Ellis. “January Camp has always been valuable to set the tone for the upcoming year and it will be good for the players to get back on the field. For the staff, evaluation and performance remain the focal points during camp as we begin a build up to the SheBelieves Cup.”

Of the 29 players, six are uncapped and will remain so with no matches directly tied to the camp. They are: goalkeepers Jane Campbell and Adrianna Franch and midfielders Kristen Edmonds, Christina Gibbons, Rose Lavelle and Taylor Smith. The call-ups for Gibbons and Smith are firsts. Gibbons will be part of the NWSL draft the day before the opening of camp.

The full camp roster by position is: