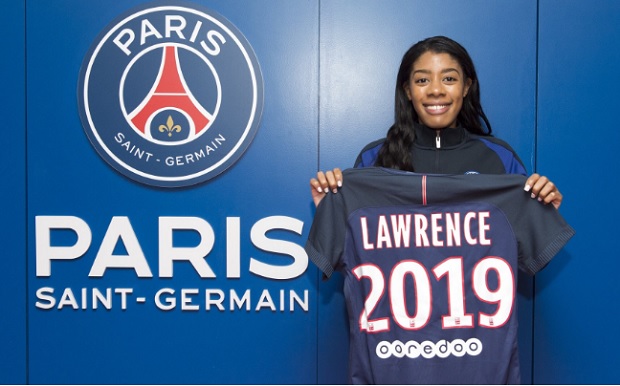 Also in today’s roundup, the NWSL may be expanding north, FCKC is reportedly off the market, and Cayman returns to Europe

Canadian international and West Virginia University midfielder Ashley Lawrence has officially signed with Paris Saint-Germain, a move that has been rumored for weeks. Lawrence, who most recently helped WVU advance to the 2016 NCAA College Cup final, forewent the NWSL draft in favor of a contract through 2019 with the French club.

“Joining this very big club is the next step in my career. Everything the coach and directors had to say convinced me to sign here and give my all for the club. I have big ambitions here with Paris Saint-Germain,” Lawrence said in a statement released by the team.

Lawrence, who is just 21, has 46 caps and four goals with the Canadian women’s national team and recently won and Olympic bronze medal with the team in Rio.

“Ashley is one of the most promising young players in the world under 22 years of age at her position,” Olivier Létang, Paris Saint-Germain Sports Director, said in the team statement. “It’s very satisfying to see her sign for us looking to continue her development and show her talents to the Parisian fans.”

Lawrence is reported to be joining her new team sometime this week.

Something to excite fans of women's soccer. Hearing a @NWSL team is coming to Vancouver. Will be operated by Caps. Should be announced soon.

In the latest round of NWSL expansion news, Away From the Numbers (AFTN), a Canadian soccer website, reported that Vancouver would be one of the next cities to get an NWSL expansion team, possibly as early as 2018.

There have been “discussions” about Canadian NWSL teams as far back as 2015, mostly on the heels of the interest in soccer in Canada during and immediately after the Women’s World Cup. However, as interest in soccer once again waned, so did talks of the league expanding north of the border.

No official word has been made from the Whitecaps or NWSL regarding a NWSL expansion team in Vancouver as of yet.

The Kansas City Star has reported that Elam Bauer, a Minnesota businessman, is in the purchasing process to buy FC Kansas City. Bauer, the founder and CEO of North Central Equity in Minneapolis, claims that the deal has been approved by the current owners and is expected to be finalized before the start of the upcoming 2017 season.

“The seller is in the process of transferring the company to us,” Bauer said. “But there are still some final things that need to be done to actually close the transaction, and that’s something that doesn’t happen overnight.”

Under Bauer’s ownership, head coach Vlatko Andonovski would take full control of the team’s roster, while the general manager duties would be divided among multiple people in the wake of former general manager Huw Williams’ resignation last month.

Bauer not only has said he will keep the team in Kansas City, but he has already rented out office space in the city and has hired people to fill current jobs within the FCKC offices, while other positions will continue to be filled by current team staff.

FCKC is currently owned by Chris Likens and his two sons, Greg Likens and Brad Likens, and Brian Budzinski.

Janice Cayman, a Belgian international who won the 2016 NWSL Championship with the WNY Flash, has signed with the French club Montpellier HSC for three seasons. The 28-year-old midfielder joined the Flash midseason, signing on July 11. She made three appearances for the team with one start.

Cayman is also a member of the Belgian women’s national team, where she has scored 17 goals over 60 caps. She recently scored four goals for the Belgian side in the 2016 Algarve Cup tournament, making her the tournament’s top scorer.

Fans of NCAA soccer may remember Cayman from her days at Florida State University, where she played for two years after transferring from Catholic University Leuven in Belgium in 2010. She made 48 appearances for the Seminoles and helped the team make it to the 2011 NCAA College Cup.

Sydney FC scores six against Canberra to extend lead at top of the table
The Lowdown: NWSL rings in 2017