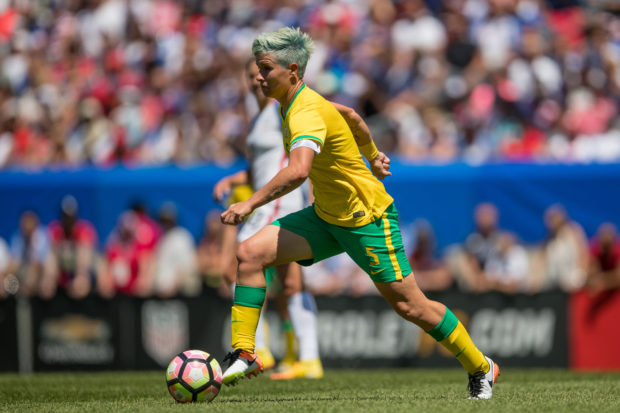 The wait for the Houston Dash to unveil their new central defender is over after the club announced the signing of Janine Van Wyk on Wednesday. The 29-year old is the captain of South Africa’s national team and is the country’s most capped player across both senior programs.

“(Van Wyk) was recently named as one of the four finalists for the African Footballer of the Year Award – that is the quality she brings to the team,” Dash head coach Randy Waldrum said in a team release. “Janine also brings a wealth of international experience to the club. I felt we had to address our central defending positions this offseason and add more experience and leadership. Janine certainly fills that need.”

Central defense has been a problem area for the Dash since their launch in 2014. They were originally allocated Whitney Engen, but the end of her Swedish contract combined with national team call-ups conspired to limit her to 11 starts. She was later shipped to Western New York in the trade that landed the Dash Carli Lloyd.

Van Wyk drew rave reviews for her performance against the United States in friendlies ahead of this summer’s Olympic Games. Among her 142 caps are appearances for South Africa at the last two Olympics.