XI WoSo Moments of 2016: Williams, Ohai to the USWNT

Lynn Williams won the Golden Boot, the MVP, the NWSL Championship, and her first international cap (photo copyright EriMac Photo for The Equalizer.)

One of the most exciting series of moments in 2016 happened leading up to the NWSL Championship and ended with the pair of U.S. national team games against Switzerland later in October. We are talking about Lynn Williams of the Western New York Flash and Kealia Ohai of the Houston Dash.

Lynn Williams made some noise during her second year in the NWSL in what could not have been more of a fairy tale for her or for the Flash. Despite, being the team’s leading goal scorer in 2015, Williams was playing for a struggling Flash team that finished third to last, so her totals for the season were four goals and four assists – nowhere near the top of the statistics records.

Flip the page over to 2016, and the story is that she was also a leader in goals on a revamped Flash team, but also helped lead them to a national championship. Not only did she lead her team and league with goals scored, she scored her three most important goals in her last two games of the season.

In the semifinals, Williams scored two goals in extra time, one for a 3-2 lead, and another for a 4-2 lead, which would eventually end up being the game-winner against the Thorns.

This set up the Flash to appear in the final, where Williams would go on to assist the opening goal of the game, and then score a late equalizer in the final minutes of extra time. The game would move on to a penalty kick shootout, which the Flash would go on to win to become champions against all odds.

The Thursday before the league final, it was announced that Williams had been called-up to the USWNT for the team’s next training camp, which would end with two games against Switzerland. Later that same day, she was officially named the 2016 NWSL MVP. It was an outstanding week for her, but it was going to keep getting better… 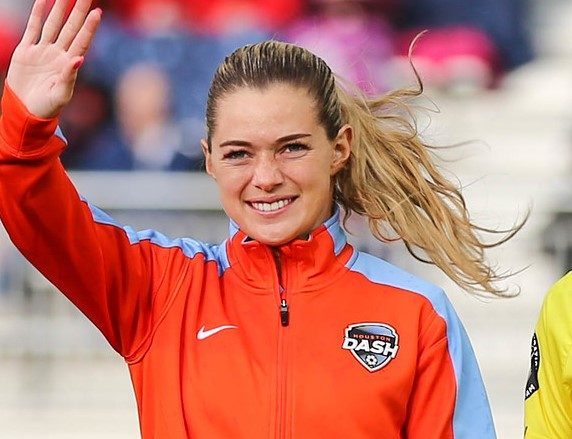 Over in Houston, Ohai, also a candidate for the 2016 MVP award, made a case for herself especially in the “second half” on the season. After the Olympic break, she lit up with the league with 7 goals in 5 games. In mid-July, she also helped snap a losing streak that lasted six games, helping the Dash to a 3-0 victory against the Thorns with a goal and an assist. Ohai also scored 11 goals in the regular season and was tied with Williams at the No. 1 spot.

The Dash finished eighth overall in the standings, and weren’t going to make it to the playoffs, but that spark that Ohai provided late in the season gave fans a glimpse of what this team could do in the future, as well as something to be proud of and look forward to in 2017. This late-season surge perhaps also gave her an edge as she earned a call-up to the national team for the camp in October.

Following their sensational NWSL seasons, both Ohai and Williams made their way to their first USWNT camp, and all eyes were on them when they made their first appearances vs. Switzerland. Williams went first during the October 19 match. Coming on in the 46th minute, she scored 49 seconds into her appearance – a new record for the national team, and one more thing that she could brag about.

However, that record wouldn’t last very long. Ohai had her first appearance for the national team in the next match against Switzerland on October 23. After coming on in the 81st minute, she scored just 48 seconds in, beating Williams’ to score by just one second.

The two later had an amicable exchange on the matter when Williams told Ohai: “You can have this one because I won the Golden Boot for the NWSL.”

Coming Wednesday: the next in our series of XI top WoSo moments from 2016