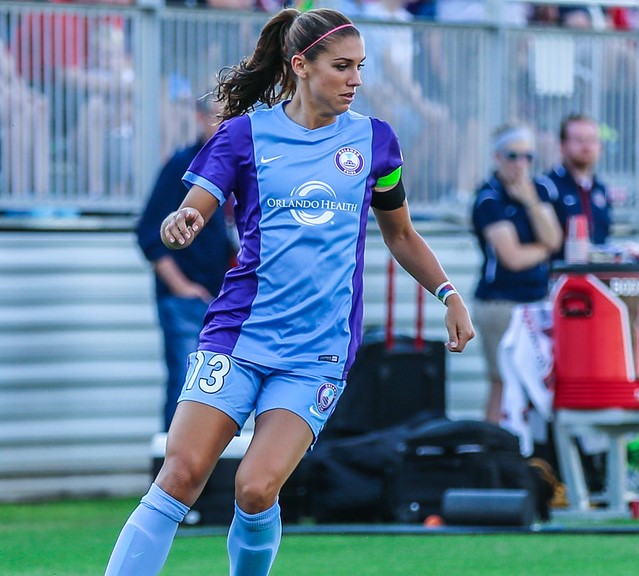 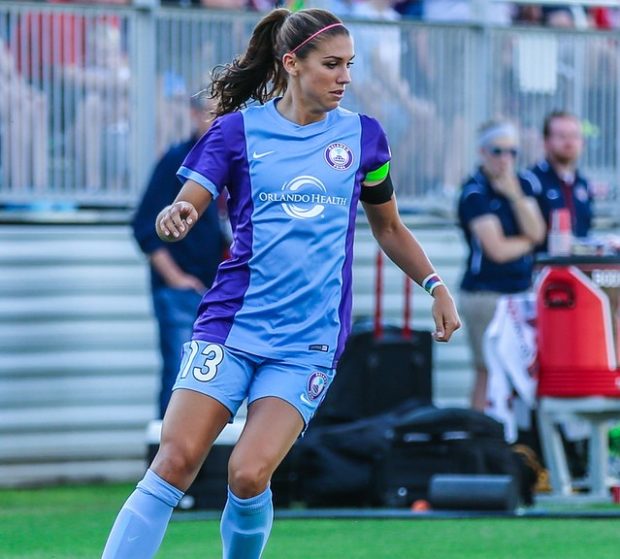 Alex Morgan will join Lyon in January. She will rejoin the Pride in early June (photo copyright EriMac Photo for The Equalizer)

The seeds were sown for Alex Morgan to play for Lyon as early as March when club chairman Jean-Michel Aulas suggested that U.S. national team players would join his side in 2017. Morgan’s name has been attached since the summer. Tuesday morning it happened when Morgan, Lyon and her NWSL side Orlando Pride all announced the move. She will remain with Lyon through the end of their season and then rejoin the Pride. Earlier suggestions that the club would also offer her husband, Orlando City SC midfielder Servando Carrasco, a reserve contract, do not appear to have happened.

Morgan’s popularity stateside is high, and the Pride unloaded precious assets to acquire her in a trade that was worked out before the club was even officially formed. So what does this all mean for Morgan, for the Pride, for NWSL and for the USWNT?

It’s not such a bad thing

Remember this? U.S. fans jumped for joy when French star Amandine Henry elected to come play for the Thorns. Henry was one of the stars of the 2015 World Cup and her entry into NWSL—with a hefty paycut to boot—was a coup for the young league. But why are we to expect France’s best to play in the United States and not expect our best to sometimes play in France or elsewhere? And just like Henry playing in Portland was anything but a death knell for French women’s soccer, neither will Morgan spending a few months in France.

In the short term, Morgan being at Lyon will put more American eyeballs on their matches. In the long term, if she hits it off with the fan base, it should put more French eyeballs on NWSL once Morgan returns to play in Orlando. Having at least a few prominent players from every national team plying their trade in other leagues will only shine a brighter beacon on women’s soccer around the globe.

Morgan is not the only USWNT pool player linked to a move overseas. And yes, any sort of mass exodus will spell trouble for NWSL and its clubs. But the idea that a single player leaving for what amounts to about six weeks can make or break the fortunes of the league at this point is rather ludicrous.

What does it mean for the Pride?

There is no doubt about it, the Pride are in a pickle. They struggled to score as a first-year expansion club in 2016 and Morgan was often left up top with little to no service. Additionally they shipped their first two picks in this year’s draft to the Flash and FC Kansas City respectively. The returns from those trades were Becky Edwards, who is retired, and Sarah Hagen, who scored 2 goals in 587 minutes last season, and Kristen Edmonds.

Edmonds was a find in 2016 and earned herself a spot on Jill Ellis’ radar. But with Morgan gone for six weeks and Lisa De Vanna likely not returning, Edmonds will become a focal point of the attack along with Hagen and Jasmyne Spencer. None of those players are likely going to be able to carry the scoring load, and Morgan’s absence will free up opposing defenses to spread their resources around. With few trade assets, the Pride will have to acquire any reinforcements from outside NWSL.

The Pride also finished the season without a win after July 10—an 0-7-1 finish to what started out as a promising expansion season. A quick start is not imperative but a lengthy extension of their winless run could throw things into chaos, and opening the season without Morgan won’t help.

Perhaps the schedule gods will help out and throw the Pride a bye week during the Lyon window but the second-year club likely looking at somewhere from six to eight weeks without Alex Morgan.

What does it mean for Alex Morgan?

Lyon are in contention for three trophies between now and the end of Morgan’s tenure. Aside from the league, French Cup play opens January 8 and a tantalizing Champions League quarterfinal tie against Wolfsburg opens March 21 in Germany. The Champions League is likely the top objective for Morgan and is the one that could keep her in France the longest. The final is June 1, five days after the league season ends.

The match that will in all likelihood determine the league champion is two week earlier, May 14 at home against Paris Saint-Germain. PSG pipped Lyon 1-0 last week to move three points clear on the table. Lyon though, hold an enormous goal difference edge and the teams are rarely challenged by anyone else.

To that end, Champions League and PSG match aside, Morgan could benefit more from the training environment at Lyon than the week-to-week match play. In fact there are questions about how or if Morgan will fit into a lineup that already boasts Eugenie Le Sommer and Ada Hegerberg. In her Players’ Tribune post about the decision, Morgan acknowledged that, “Everyone on OL plays for their respective national teams, so the training there is just phenomenal. You have to bring your best every day if you want to earn a starting spot.”

Aulas hardly spent all this time courting Morgan just to keep her on the bench, and Lyon are likely to win most of their matches no matter who plays. At the end of the day, five months training with a club that could likely be a mid-pack finisher at a World Cup figures to serve Morgan well. Lyon are probably paying her well for her services as well.

What about NWSL and the CBA?

Trying to figure out how collective bargaining agreement talks will wind up is akin to cracking the German ULTRA code. Grant Wahl reported last week that talks were ongoing and that they could go one of three ways—a new deal, a strike, or an agreement to proceed under current conditions while negotiations continue through the deadline. In other words, no one has any idea what will happen.

In the Players’ Tribune piece Morgan said, “…as we fight for what’s fair in a new CBA, and that it will be more difficult for me to help lead from abroad.” Morgan isn’t going to France until January after the current CBA expires (December 31). Does that mean Morgan is pessimistic about a deal getting done by the deadline?

At this point every tweet, Instagram post, or vacation plan can be seen as a window into the status of the negotiations. About the only thing clear is that U.S. Soccer has less of a stranglehold on the players, at least in the short-term, with Morgan heading to Lyon and others clearly in discussions with prominent European clubs.

As for NWSL, Morgan’s decision to forgo two months of the season—moves already made by Megan Rapinoe and Tobin Heath twice—will have far less of an impact on the league than the new CBA. And those details remain very much up in the air.