Alex Morgan to play first half of 2017 with Lyon 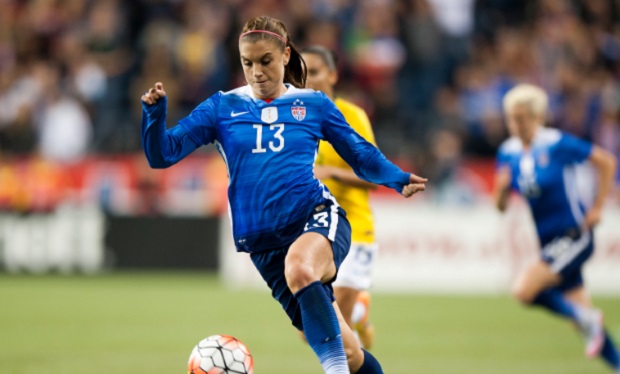 Alex Morgan will play for Lyon to begin the 2017 season. (Photo Copyright Patricia Giobetti for The Equalizer)

It’s official: United States women’s national team forward Alex Morgan will play for defending European champions Lyon for the first half of 2017. The Orlando Pride announced that the club captain plans to return to the team in the NWSL following the European season, which ends in May.

Morgan said she became interested in the prospects of joining the 10-time defending French champions as they fight to defend their UEFA Champions League title and to work on elements of her game.

“My decision to play for Lyon was not an easy one, but it is an important step in my evolution as a player,” Morgan said. “I want to thank the Pride and our incredible fans and community for their continued support. I look forward to returning home this summer as a better player and leader to join my teammates at our new stadium as we compete for a NWSL Championship.”

Lyon faces Wolfsburg in the two-leg quarterfinals which take place at the end of March. The pairing is a rematch of last season’s final.

Morgan was brought to Orlando in the biggest trade in NWSL history in October 2015, when the Thorns traded her and Kaylyn Kyle for the No. 1 overall pick (which became Emily Sonnett), the rights to the team’s first Expansion Draft selection (which became Meghan Klingenberg) an international spot in 2016 and 2017 (French star Amandine Henry is among Portland’s international stars) and, eventually, the rights to Lindsey Horan.

That trade was essential to Orlando even entering the NWSL as a 2016 expansion team. Morgan has said that it also helped her personally, as it brought her to the same club as her husband, Servando Carrasco, who plays for Orlando City.

Morgan’s contract is with U.S. Soccer and not with Orlando. The U.S. WNT Players Association is currently in ongoing collective bargaining talks with the U.S. Soccer Federation. The current agreement expires at the end of the day on Dec. 31, 2016.