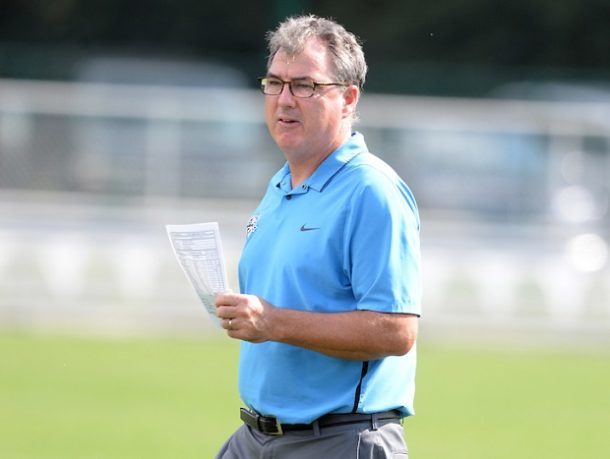 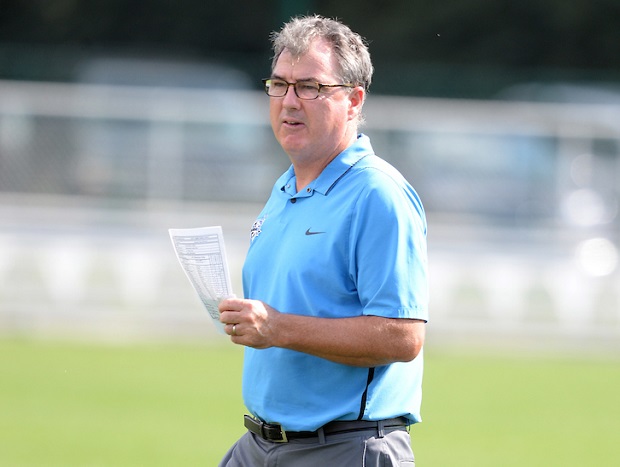 Huw Williams stepped down from his position with FC Kansas City last week, ending a four-year run as Vlatko Andonovski’s right-hand man. He leaves behind a legacy of having helped build the NWSL side that set the early tone on playing style, earned playoff berths each of the first three seasons and capped the last two with championships. Andonovski’s name will forever be attached to those teams but make no mistake, Williams has been an integral part since the beginning.

“It was very much part of our passion to play the game the way we want to watch the game,” Williams said while trying to deflect credit for his role in implementing FC Kansas City’s attractive 4-2-3-1 system that took hold almost immediately. “Quality soccer at pace is what we called it. That was our whole philosophy right from the start. That’s how we liked to watch the game and that’s how we wanted to coach the game.”

Williams said he and Andonovski spent hours pouring over the original group of allocated players before their preferred selections to league headquarters. When the announcement hit, the Blues landed Nicole Barnhart, Lauren Cheney (now Holiday) and Becky Sauerbrunn from the United States and Desiree Scott and Lauren Sesselmann from Canada.

“Game changers, right? We had the core of our team set. Right down the middle we had quality players. We got extremely lucky,” Williams said.

But as the allocation process across three different women’s pro leagues has taught us, a team is only as good as the players it fills in around its stars. Asked to pick a highlight of his four years with FCKC, championships excluded, Williams said: “I love the draft.”

He loved it, and he excelled at it. Under Williams’s watch FC Kansas City landed Erika Tymrak, Jenna Richmond, and Shea Groom all in the second round. The club also used first-round pick Kristie Mewis to acquire Amy Rodriguez, and with first-round pick Kassey Kallman, there was one championship run and then a trade to nab Heather O’Reilly.

“We had a lot of contacts throughout the country,” Williams said of the draft. “I guess the roles were reversed a little bit. I had been coaching youth soccer for a long time. I had a team that won nationals that included Shea Groom and Kaysie Clark. Roles were reversed. Now college coaches were contacting us. There was a huge amount of film. Vlatko’s system, too. Don’t get me wrong, those are very good players, but Vlatko’s able to adjust his system to suit those players and help them be successful.”

For all of the great players picked by the Williams/Andonovski team, the best draft moment for Williams was a pick used on a player that made only nine appearances for the club over two seasons. With the 27th pick in the inaugural college draft in 2013, FC Kansas City nabbed Huw’s daughter Nia Williams.

“I called her, and she literally had no idea,” Huw said. “She was at college at the time. I said, ‘Hey, just hold on to the phone a second and listen to this.’ Her name was announced, ‘With the 27th pick, Kansas City picks Nia Williams.’ Her reaction over the phone was priceless.

Williams will not be at the 2017 draft. He’ll be back in Kansas City where his efforts will now be focused on Global Sports International, his company that runs soccer events around the country.

“I’ve just been torn between both, in honesty,” he said. “We are launching something new next fall that is going to be taking more of my time. It seems like the right time right now to do this.”

Williams is not ready to share details about his new venture just yet, but if his FCKC years are any guide, it will be a smashing success.