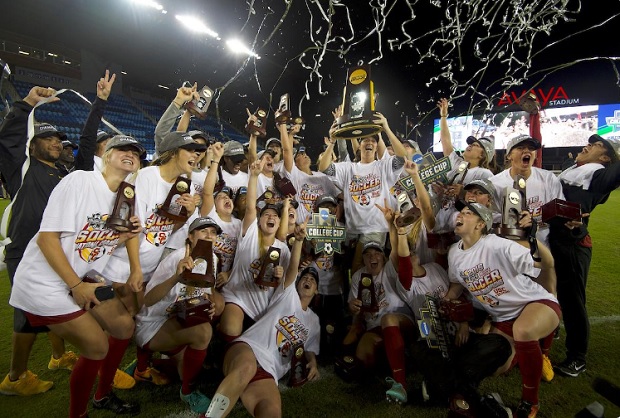 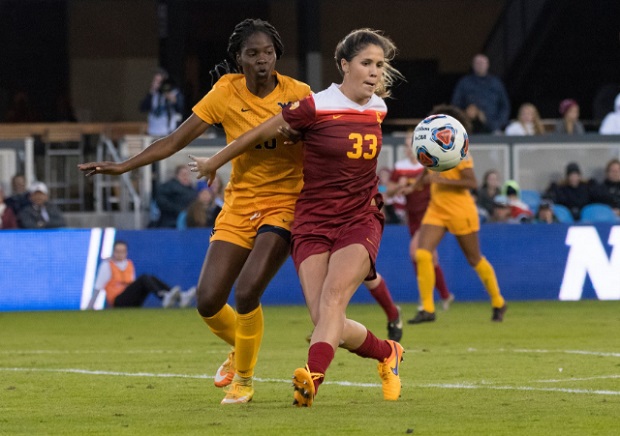 We all love a good comeback story. Sports in a way are a microcosm of life, the good, the bad, the ugly. Transforming the bad or the ugly into something good resonates with us.

Life inevitably knocks each and every one of us on our rear ends. When we see athletes or teams overcome setbacks, underwhelming beginnings, and disappointments, we see ourselves. On the playing field, we see the same mental and physical traits required to triumph over the obstacles in our own lives.

In earnest, every team has its own comeback stories, but this year’s national champions, the University of Southern California Trojans, had them in spades. There’s the team itself, just a few years removed from underperforming and failing to make the 64-team field for the NCAA tournament.

Just three years after taking the helm of a slumping team, Keidane McAlpine led his squad to a National Championship. He had a plan to get the team to the zenith of college soccer in that short time frame, but admittedly there were some skeptics at first.

“Definitely took me awhile to get with the program,” senior Mandy Freeman, who was with Trojans before McAlpine’s arrival, said. “ When he first came in I was like, ‘There’s no way from where we are right now that we can get a natty champ by my senior year.’”

But they did buy in, and with that buy-in, McAlpine laid the foundation for this remarkable turnaround–a positive team culture. He got his players to believe in their abilities again and from there added pieces to the puzzle to make the Trojans contenders.

While the team itself is an incredible story, individually, there are some amazing stories in this championship team as well. Perhaps no two players embody this more than the two players that were at the center of USC’s two victories at the College Cup,  forward Katie Johnson and fellow senior midfielder Morgan Andrews.

Johnson, who was the Most Outstanding Offensive Player of the College Cup, tallied three of the Trojans’ four goals on the weekend including a brace in the second half of Sunday’s final. A year ago this time, the striker was rehabbing from her second ACL injury.

“For this one,” Coach McAlpine said pointing to Johnson, “who’s probably been through the most of our group, to have the weekend that she had is more than fitting. Absolutely unbelievable. I think she’s 11th in the Pac- 12, 10th in the Pac-12, having the knee injury, staying behind and came back, and to have this finish is unbelievable.”

When asked about her performance, Johnson took a different view. Feeling responsibility for committing a turnover that led to West Virginia’s equalizer, she wanted try to make up for that.

“I turned the ball over in the middle, so I put a lot of responsibility on myself for that, and I was like, ‘Hey, I need to get this back.’ So I mean, Leah Pruitt did a great job and put the hustle in down the line, and I just put myself in a good position for the second goal, but honestly I just want to win,” Johnson said. “That’s all I care about, and I’m just glad we could win and got the National Championship.” 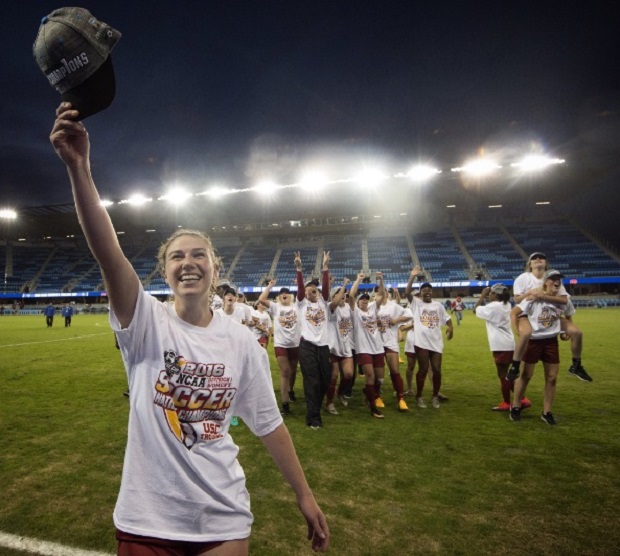 The ball that led to Johnson’s first tally started with Andrews using her head. After bringing the ball down the Trojans’ defensive third, the midfielder stayed calm and found Pruitt making a run down the left side of the field and sent a ball down field to her.

Earlier Andrews used her head in a different way, knocking the ball into the Mountaineers’ net less than 90 seconds into the contest.

“I had taken a look to see where the goalkeeper was, and I made sure to put it where she wasn’t,” Andrews said of her goal. “It was an absolute honor to score in that game like that, but I was just doing what my team needed me to do at the moment.”

Perhaps calling Andrews’ story a comeback story is a bit misleading. She’s always been there carving up defenses with her technical skill and vision. Nonetheless, it was a picture-perfect ending to a career that didn’t go exactly as planned. For starters, Andrews imagined lifting the trophy with Notre Dame, the team she started her college career with after winning two consecutive Gatorade Girls High School Player of the Year awards.

In her first two seasons, Andrews paced the Irish in points and earned ACC Freshman of the Year honors. Alas, the end of her time with the Irish, she realized that something wasn’t right. Sandwiched between her two seasons in South Bend was also the disappointment of being left off the 2014 U-20 World Cup team that July after starting several games in the CONCACAF Qualifying tournament for the event.

“Personally, I felt like I needed to go somewhere else in order to improve as a person, as a player, as a student,” Andrews said last Thursday of the decision to transfer.  Sunday showed that decision was the right one.

“It wouldn’t be as important to me if there weren’t those up and downs,” Andrews said about hoisting the trophy.  “This game has the incredible ability to break my heart and to give me the greatest joy in the world. This is just the best feeling to go out with a national championship… I couldn’t imagine a better ending. I feel like Cinderella.”

A fairy tale this is not. Just like life outside the confines of the pitch, there’s no fairy godmother, just effort and dedication, but what happens on the field reminds us what’s possible off of it.