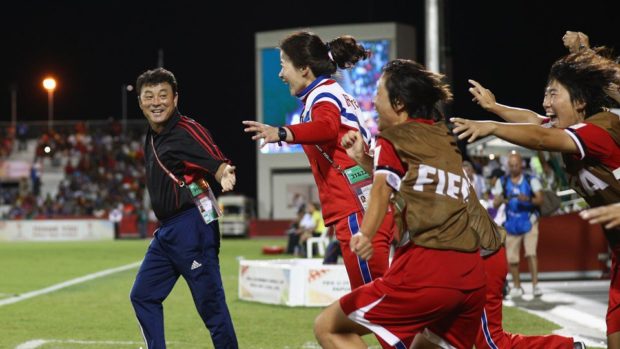 Mami Ueno connected in the 87th minute to secure third place at the U-20 World Cup for Japan and knock the United States off the podium, 1-0. Combined with the U-17 side being knocked out of their group and the senior team losing in the quarterfinals for the first time ever, the result completes the worst year ever for U.S. women in terms of global results from top to bottom.

In the final, North Korea routed France 3-1 to add the title to the U-17 hardware they captured in October. It was North Korea’s second U-20 title and they became the first country to win both major women’s youth tournaments in the same year.

For the U.S., Michelle French’s side nearly took a second half lead when Jessie Scarpa had a free header but she drove it off frame. Most of the afternoon though, was spent chasing a technically superior Japan side that dominated possession.

“Anybody that watched the games knows that Japan is absolutely world class,” French told ussoccer.com. “Being able to track and manage their movement off the ball is something that’s very difficult. We did our best. I couldn’t be more impressed with Japan as a team, but on the flip side our players took every single punch that they threw until that goal at the end. We almost found a way, as we’ve done all tournament, to get a goal and get back in the game.

“To sum up the entire tournament for us, I would use just one word: passion,” said French. “The passion that this group payed with every single game, never quitting, the resolve and resiliency they showed, was massive. That’s the identity of this team. Absolutely, we could have played better soccer, there’s no doubt about that, and the players know that. But as I said, they gave everything until the very last second.”

USC returns to College Cup final with 1-0 win over Georgetown
Alex Morgan in France, could ink deal with Lyon