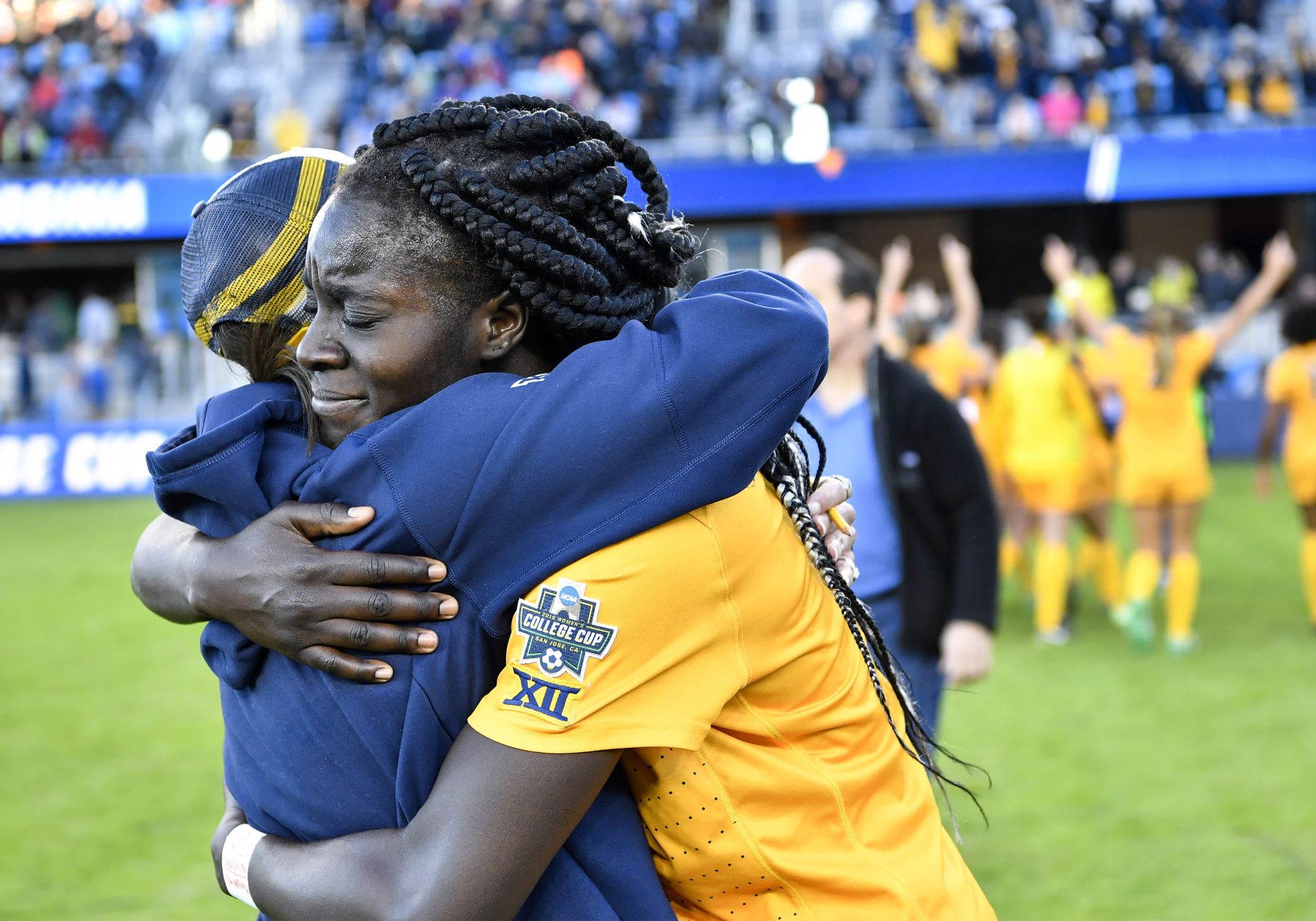 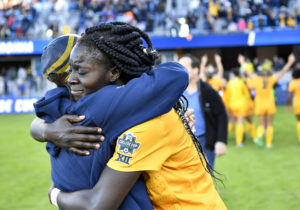 When evaluating why USC and West Virginia won their respective semifinal matches, depth certainly has to be in the forefront of that discussion. Each side utilized their substitutes effectively and it ended up being key in determining the games albeit in different ways.

Almost prophetically, West Virginia Senior Ashley Lawrence discussed her team’s depth in the press conference before Friday’s match against North Carolina and how well the team could adapt to a given situation.

“We have that depth–any given day any player can start or any player can sub in…it’s very important because you never know with whether it’s an injury or something unexpected happens we have to adapt in different ways in order to be successful. (Nikki) Izzo (Brown) and the staff has prepared us. You never know what’s going to happen. It’s (about) how can we react and step up as a team collectively.”

In the second half against North Carolina, Bianca St. George, a stalwart at the back for the Mountaineers, suffered what appeared to be ankle injury forcing her exit from the game. In truth, WVU was well prepared for such an event. They had to be with players coming in and out with international duty including St. George.

Mountaineers head coach Izzo-Brown moved Ashley Lawrence, who now plays outside back for Canada, to St. George’s position and brought Vanessa Flores off the bench to play in the midfield. Flores recently returned from Papua New Guinea where she represented Mexico in the U-20 World Cup. While West Virginia certainly missed a player of Lawrence’s caliber in the midfield, having the ability to bring U-20 youth national team members come off the bench and into the game is a luxury most teams don’t have.

For the Trojans, the ability to bring in different attacking personnel and give the opposing defense different looks played dividends. In place of Alex Anthony and Sydney Johnson, who started the first half, head coach Keidane McAlpine started the second stanza with Leah Pruitt and Katie Johnson. At the hour mark, these two combined along with Morgan Andrews to score the game’s only goal. Pruitt with credited with an assist as she played the ball to Andrews. Andrews played a perfect ball into the box for Johnson who was able to hold off her defender well with her back to goal and was able to turn to get the shot off.

On Thursday, McAlpine  discussed his frequent lineup changes and how important depth is to the Trojans. “We have a talented roster, and I think it’s only fair to continue to evaluate week to week and let players play and give them an opportunity to impact what we are trying to do. It keeps everybody fresh and new and needless to say, it keeps other teams off balance a little trying to figure out what’s coming next.”

What’s up next for the Trojans is one of the stingiest backlines in the nation anchored by Buchanan, arguably the best player in the collegiate game. It will be interesting to see how Izzo-Brown and McAlpine manage their deep rosters in the title game.

It was no secret coming into this weekend that goals were likely going to come at a premium. All four of the quarterfinal matches were decided but the narrowest of margins, 1-0, and a total of 2 goals had been conceded by all of the College Cup participants combined. That trend continued Friday night as both semifinals were decided by the same scoreline.

Often in tight games, especially in the defensive struggle that was the West Virginia vs North Carolina game, the winning tally is not highlight reel material. A lot of the time, the strike comes from a scrum in the box that’s eventually knocked in or perhaps a bad giveaway by the defense. Luckily, for those soccer fans that enjoy aesthetically pleasing goals, that wasn’t the case on Friday.

Michaela Abam’s goal for the Mountaineers was stellar from the time the ball reached her feet until the ball found the back of the net. The junior forward’s move to shake of UNC’s Zoe Redei was jaw dropping in and of itself but the power and precision of the shot was also class. Simply put, even in a week with all 333 Division I women’s programs in action, Abam’s goal would still be one of the best, if not the best.

Albeit Katie Johnson’s goal for the Trojans wasn’t as eye-popping as Abam’s, Morgan Andrews played in a perfect ball right to Johnson’s feet. Johnson’s ability to then hold off the defender and create just enough space to put the ball in the far corner out of the reach of Georgetown keeper Arielle Schechtman. In short, it was still a well-crafted score.

Legacy of This UNC Team

If you define success by trophies, then yes, this year’s senior class at North Carolina was the least successful in team history. However, if a broader, more global view of success is adopted which focuses on maximizing potential and constant improvement, then perhaps the opposite is true. Head coach Anson Dorrance called the 2016 Tar Heels team the most improved from the start of the season until the end of the season that he has ever coached.

The reality of college soccer presently is that more and more teams are able to compete for a national title as highlighted by West Virginia and Georgetown making their College Cup debuts this weekend. No longer can North Carolina be expected to hoist the trophy every year. The team’s roughly .900 winning percentage can only really go in one direction in the coming years. That doesn’t mean that North Carolina won’t continue to be a force in the college game, it’s just going to be different.

It’s fitting that while the Tar Heels come to terms with a changing landscape and the end of an era, they are also turning the page on Fetzer Field, as the historic venue that’s been home to a countless number of the greatest names in women’s soccer history, will undergo renovations in the offseason.

This year’s team was able to ensure that the final game on the field in its current form was a win. It may be difficult to put into the words what leaving that field as winners means to a program that’s done so much of that in its history.

Darcy McFarlane, whose leadership Dorrance credited for getting the Tar Heels this far, reflected on what that 1-0 win over Clemson in the round of sixteen meant to this year’s squad.

“We know that we’re getting a new stadium next year so that was the last game for a women’s soccer team to ever play on Fetzer Field,” she said after the loss to West Virginia. “ We know the history of this program and it (that stadium) deserved to go out with a win. It is something nice to look back on and it is a good representation of what our season was and all that we accomplished.”