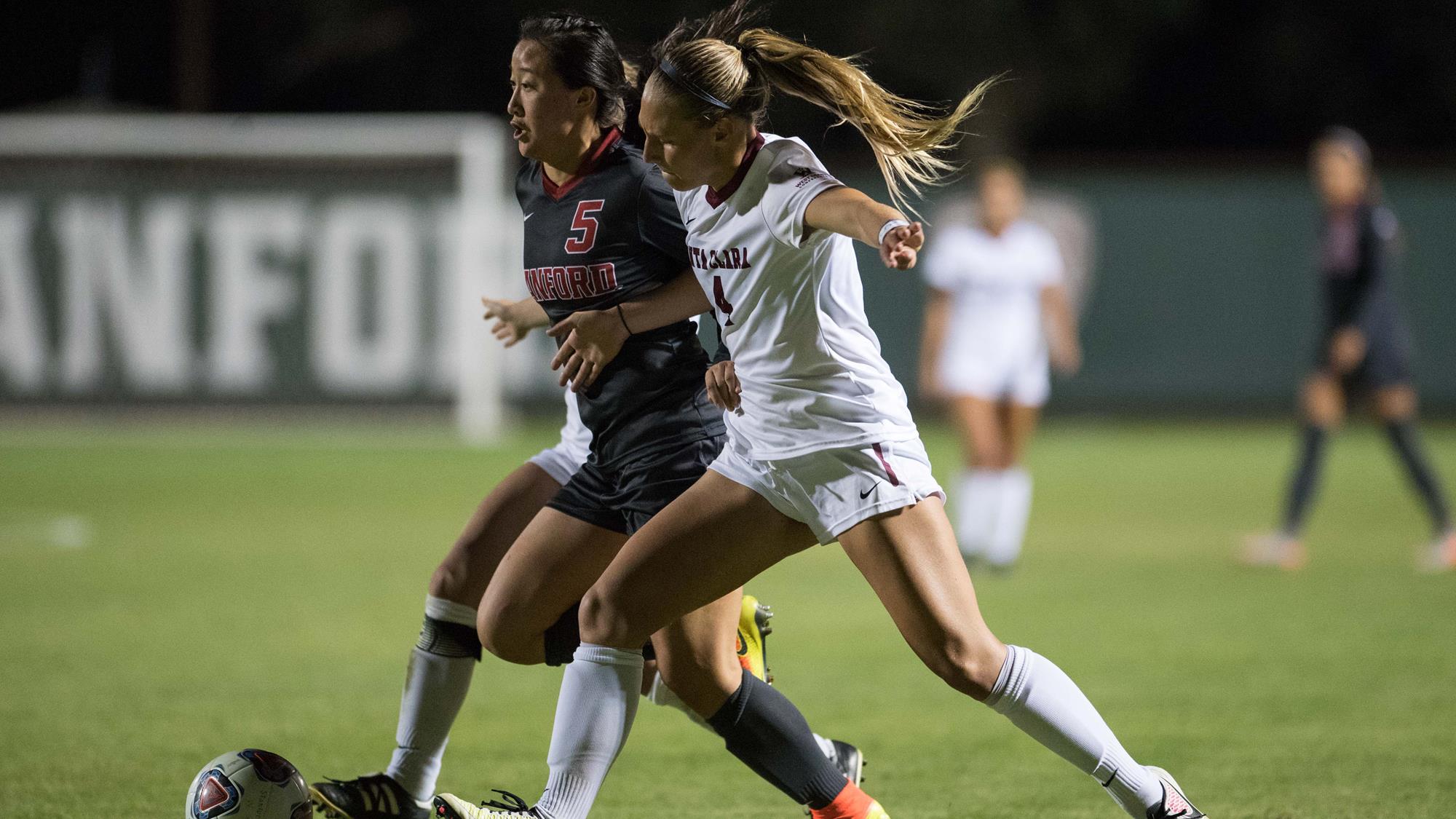 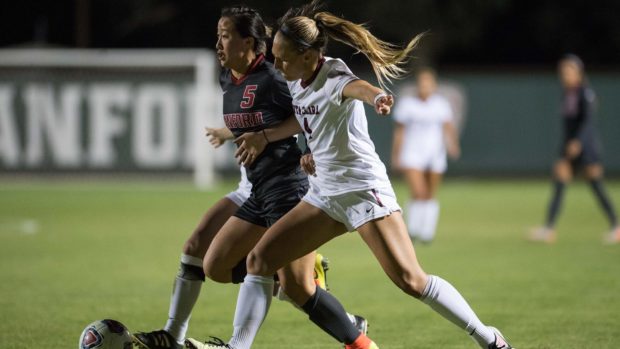 Stanford was shockingly eliminated by Santa Clara in the second round of the 2016 NCAA tournament. (photo courtesy of Stanford University)

Stanford was eliminated Friday night in a shocking game against regional rival Santa Clara. The second round  also proved tough on last year’s College Cup participants as Penn State and Rutgers were bounced out of Stanford’s quadrant. Here’s a look at how things shook out in the Stanford quadrant.

In an unexpected result, Santa Clara knocked out Stanford in overtime off a Jenna Holtz golden goal, despite the Cardinals tallying 14 shots on goal to the Broncos’ three. Stanford controlled the first half, displaying skillful passing and putting the Broncos defense to the test. Santa Clara goalkeeper Melissa Lowder came up huge for the Broncos more than once, while her counterpart, Jane Campbell, saw little first half action to test her.

Santa Clara came out with a stronger press in the second half, forcing the game back onto an even footing. Both Lowder and Campbell had big saves to keep the scoreboard at zero. The game continued to be tightly played into the second period of extra time. In the 101st minute, Stanford midfielder Andi Sullivan went down in a collision with another player and had to be carried off with what appeared to be a possible knee injury. In her absence, the Cardinals looked like the wind was taken out of their sails. Seven minutes later, Holtz received a cross from the right side, beat two defenders inside the box, and slotted it home at the far post past Campbell to ensure a Sweet Sixteen appearance for Santa Clara.

The matchup between the Cavaliers and the Nittany Lions was one of the most anticipated games of the second round. What few probably anticipated, however, was a thorough thrashing by Virginia. Virginia shut out Penn State 3-0.  Senior defender Meghan Cox got the Cavaliers off to a hot start in the first minute of play. Cox’s tally came off a well taken free kick by Alexis Shaffer that she headed into the net.  In the 23rd minute, Virginia doubled the lead when Ayan Adu’s through ball found Betsy Brandon. Virginia added an insurance goal with 15 minutes left in the game. Taylor Ziemer beat Penn State keeper Amanda Dennis 1v1 for the game’s for that final tally.

In the end, Penn State was undone by a terrible first half. In the first 45 minutes of play, the Cavaliers outshot the Nittany Lions 14-1. Overall, Virginia had 20 shots to Penn State’s 4. The Cavaliers will now face Georgetown Sunday in the Sweet Sixteen. The sides met earlier this season. Georgetown overcame a two-goal deficit to win that contest 3-2.

The Hoyas have scored four times in the tournament so far. On all four tallies, Rachel Corboz has set the table. On the first score of the day, Corboz sprung Amanda Carolan on a long pass down the field. Carolan then beat the keeper 1v1 to put Georgetown up 1-0 in the 19th minute. The Hoyas’ second goal came late in the second half. On that score, Corboz sent a cross into the box that found Marina Paul’s head.

The Hoyas outshot Virginia 10-4 in the contest while also recording six corner kicks to Rutgers’ one. The Hoyas will host Virginia Sunday in the round of sixteen. It will a matchup of familiar foes as only a few hours’ drive separate the two schools.

NC State advanced past Pepperdine in Palo Alto, California, making it to the Sweet Sixteen for the first time ever. The game was fairly evenly matched, with both defenses standing strong as play surged from box to box. NC State emerged after 45 minutes with a slight edge in both possession and shots but with nothing to show for it. Pepperdine goalkeeper Hannah Seabert had a fantastic night for the Waves, coming up with two big saves late in the first half.

That changed in the 65th minute as Taylor Porter headed in the game’s lone goal, assisted by Kristina Schuster, after a free kick bounced around the box. Seabert punched out the ball initially, but it failed to clear the 18 and was sent back in. Seabert would go on to have another huge save in the 84th minute to keep the equalizer within Pepperdine’s grasp, but although the Waves threw forward numbers for the last ten minutes, the Wolfpack defense held tight for the win.