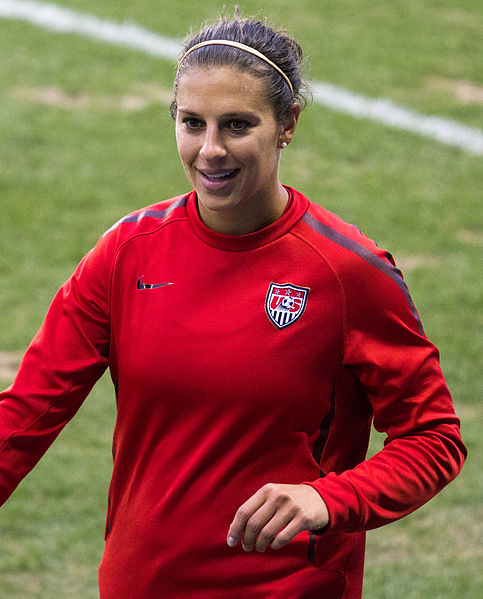 Four members of the United States national team sat down with Nora O’Donnell for an interview that will air as a segment on 60 Minutes this Sunday on CBS. Excerpted quotes from Carli Lloyd, Becky Sauerbrunn, and Christen Press do not directly reference U.S. Soccer or the impending expiration of the collective bargaining agreement, but the implication is clear including a question from O’Donnell about athletes in other sports “battling their employers for more pay.”

Morgan Brian also appears in the interview but was not quoted in the excerpt.

The U.S. women have been at odds with U.S. Soccer throughout the year, even subtly threatening to boycott the Olympics before a ruling validated the existing CBA through the end of 2016. With the team having concluded its on-field commitments last weekend, focus will shift to hammering out a new deal with the federation. The women have argued that their wages and pay scale differ from their male counterparts at U.S. Soccer.

“I mean, we have been in some– some major– some major battles on the field but this is– this could be the fight that we are a part of,” Sauerbrunn said when asked by O’Donnell how this fight compares to other competitions the team has been in.

The players also filed a wage discrimination claim with the Equal Employment Opportunity Commission. That complaint is not directly tied to the CBA.

U.S. Soccer president Sunil Gulati once expressed optimism a new collective bargaining agreement could be reached before the end of the Olympics. That tournament is not more than three months in the past and the 60 Minutes segment certainly appears to indicate the recent quiet has not been a sign of progress.

The next item on the schedule for the U.S. is the annual January training camp. The 2nd SheBelieves Cup is slated to be held in March.