What we learned from USWNT final match of 2016 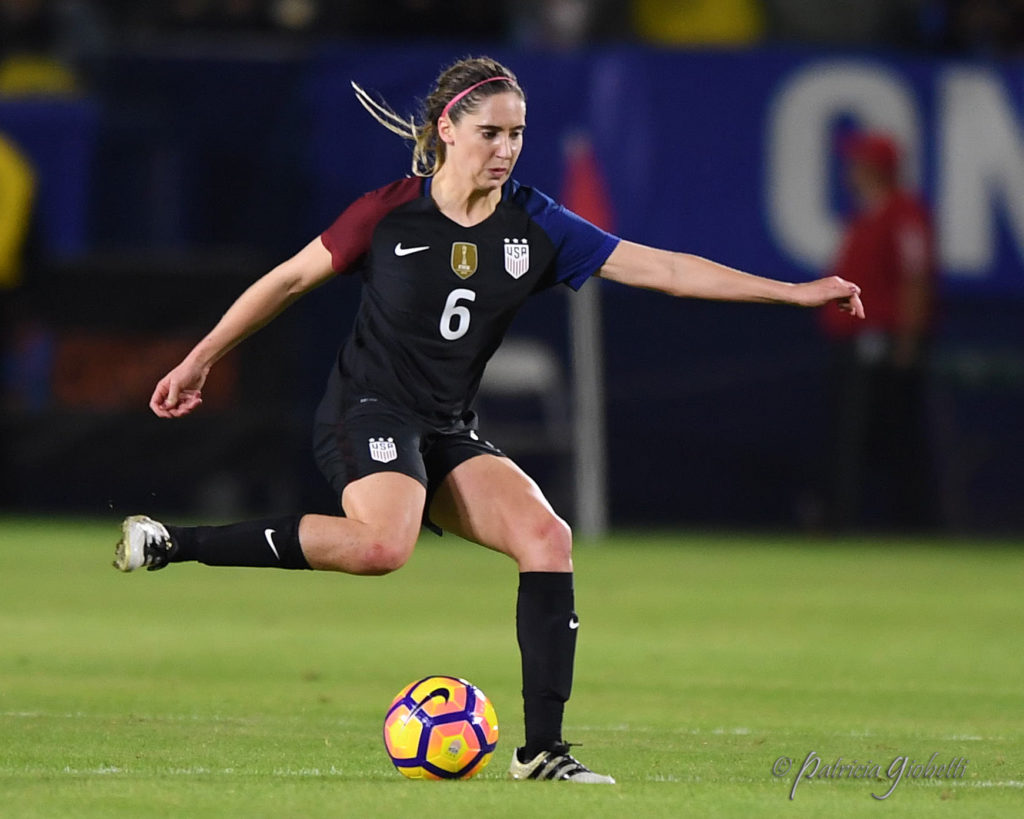 The USWNT wrapped up 2016 with a 5-0 win over Romania on Sunday night to maintain their (technically) unbeaten year. It wasn’t the prettiest of games, nor the most exciting, but in the end, they got it done. Here’s what we learned in the last game of the year.

Gone appear to be the days when every US set piece was a threat, when Megan Rapinoe or Lauren Holiday would deliver a precision ball to the rising head of Abby Wambach. Sunday’s set pieces were nearly all uninspiring, with the majority of the fourteen corner kicks played short to no effect. Even free kicks outside the box, usually so dangerous when taken by Tobin Heath, couldn’t make anything happen. It wasn’t until second half stoppage time that a set piece played a role in scoring, when Heath sent a short corner to Kelley O’Hara, who crossed it into the box to find Samantha Mewis. There are a variety of reasons the set pieces were ineffective on Sunday – a lack of finishing, the sheer number of Romanian players in the box at times, short corners rarely amount to much – but it’s unusual for the US to let so many go to waste.

THE U.S. STILL CAN’T BREAK DOWN A BUNKER

After last week’s 8-1 rout, Romania came out with the majority of their players behind the ball, preferring to wait and break out on the counter, as Laura Rus did to earn their lone goal in the previous game. One of Jill Ellis’ stated aims in moving to a three-back system is to send another attacker forward in an attempt to break a bunker, but it’s hard to say how effective this was even against an overmatched team. It took an own goal to open scoring in the 20th minute, when Teodora Meluta, rushing toward her own net, deflected a Crystal Dunn cross that goalkeeper Roxana Oprea couldn’t completely block. It wasn’t until the 45th minute that a US player would get on the board, and in the second half, one of the three goals came off a penalty kick. Despite playing a midfielder at center back, distribution out of the back struggled to play through the center of the field, instead relying on a large number of long balls over the top or movement up the flank. When they did get the ball up the field, there was a clear lack of finishing inside the final third. None of this is to say a game in which the US emerges with five goals is bad, but it’s hard to say this system would work against another Sweden.

The US played 25 games this year, with Dunn and Christen Press making an appearance in each one. Every player on the field Sunday night, with the exception of Andi Sullivan, also played anywhere from 13-20 games with their NWSL clubs. Sunday night’s game was the culmination of a two-year streak, dating back all the way to World Cup qualifiers in the fall of 2014, in which the players rarely got a break, and it shows. The aforementioned lack of finishing, a distinct drop in off the ball movement when compared to last week’s match, and clear fatigue from players like Heath and Alex Morgan are all symptoms that they simply need a break. With no games until the regular January camp (pending a breakdown in labor negotiations), they have nearly two months off. Let’s hope it does the trick.