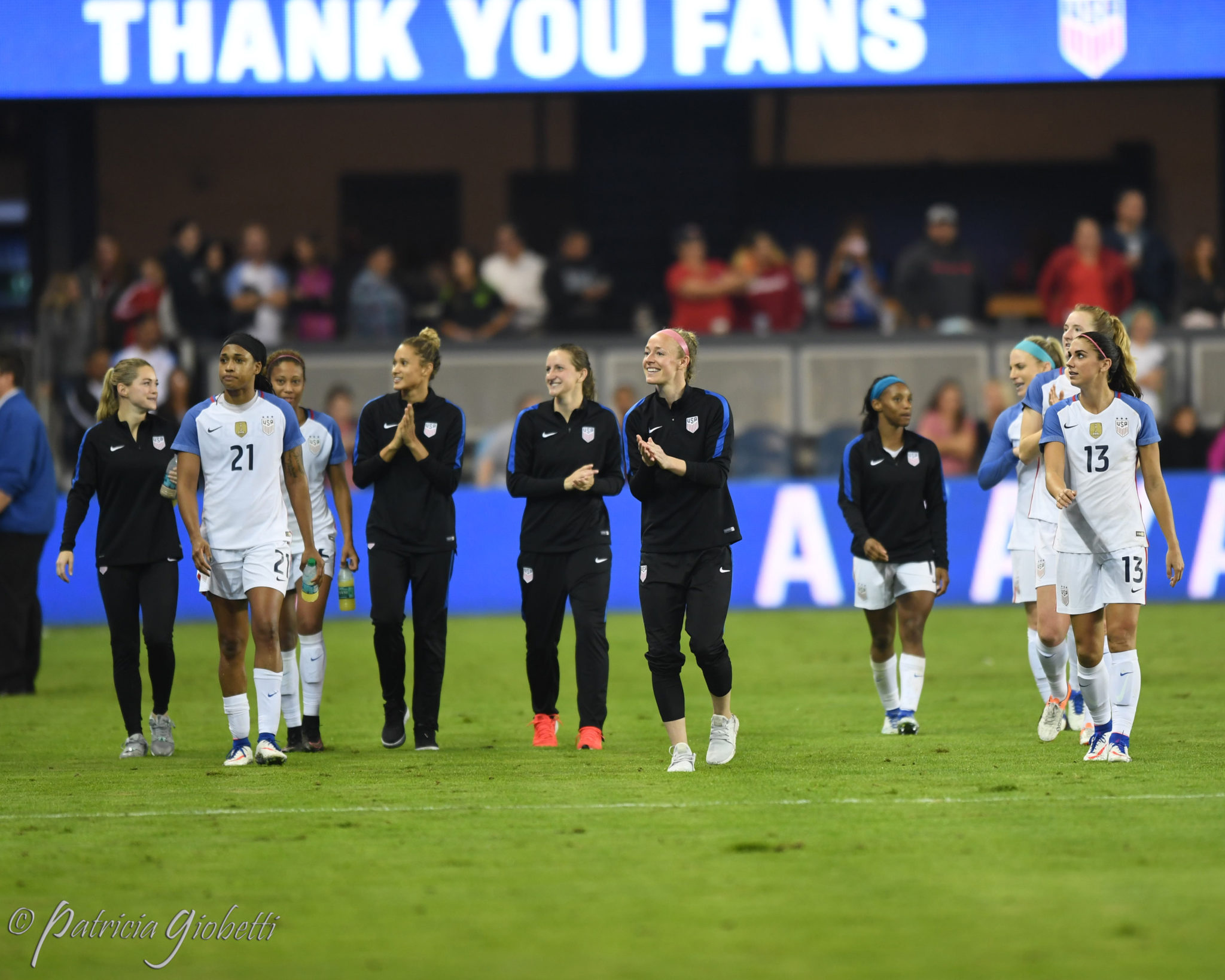 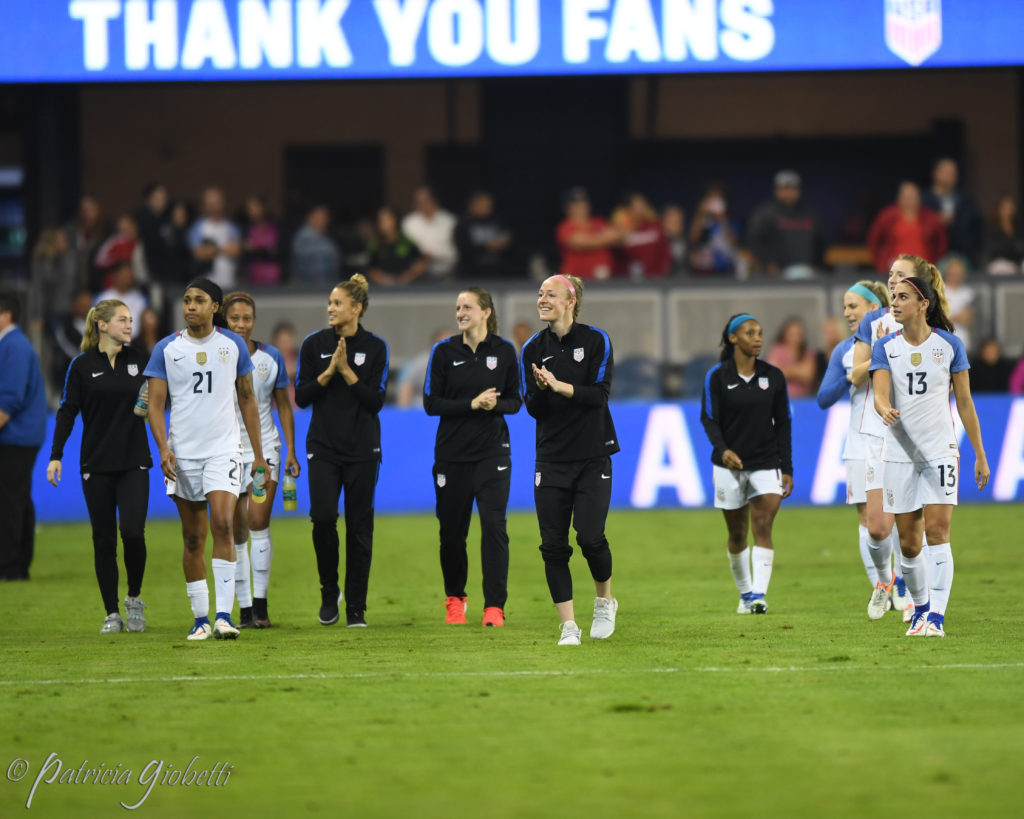 The U.S. women technically finished 2016 without a loss, but it hardly felt like that. (Photo Copyright Patricia Giobetti for The Equalizer)

The United States women’s national team closed out its 2016 calendar year without a loss following a 5-0 victory over Romania on Sunday at the StubHub Center in Carson, Calif.

That statement comes with a huge asterisk, of course: The United States’ 22-0-3 record in 2016 included a match which was officially recorded as a draw but was, for all intents and purposes, a loss. The U.S. failed to advance out of its Olympic quarterfinal against Sweden at the Rio 2016 Olympics in August, falling in a penalty-kick shootout for the worst finish at a major tournament in U.S. women’s national team history. The match is officially scored as a draw, and thus the U.S. women can say they finished the year unbeaten for the third time in program history with the very empty feeling of Olympic failure.

On Sunday, however, that felt like a distant memory. U.S. coach Jill Ellis started the same 10 field players for the second time in four days; four of those players had never played for the U.S. senior team before October. Ellis for the fourth straight game deployed a three-back system — with Allie Long starting at center back — as a continued test heading into the new year. Alyssa Naeher started in place of Ashlyn Harris for the only change from Thursday’s 8-1 victory over Romania.

The U.S. women took a bit longer to get going on Sunday, which was in part a compliment to Romania’s adjustments from earlier in the week. An own goal in the 20th minute opened the scoring for the U.S. in the 20th minute after Crystal Dunn drove endline and crossed the ball, and it was Dunn who doubled the lead with the final kick of the first half to give the U.S. an extra cushion in an otherwise slightly more tense first half. The Americans enjoyed 74 percent possession in the first half, but hadn’t converted on several opportunities.

Christen Press made it 3-0 in the 54th minute when she started and finished the play, burying a cross from Tobin Heath, and Morgan Brian stepped up to bury a penalty kick in the 88th minute to make it 4-0. Second-half substitute Sam Mewis scored in stoppage time to make it 5-0.

GOAL! Christen Press makes it 3-0 off a bit of a give-and-go with Tobin Heath in the box. #USAvROU #USWNT https://t.co/T7icytrigC

Press has now scored in four straight games for the U.S., including a hat trick on Thursday.