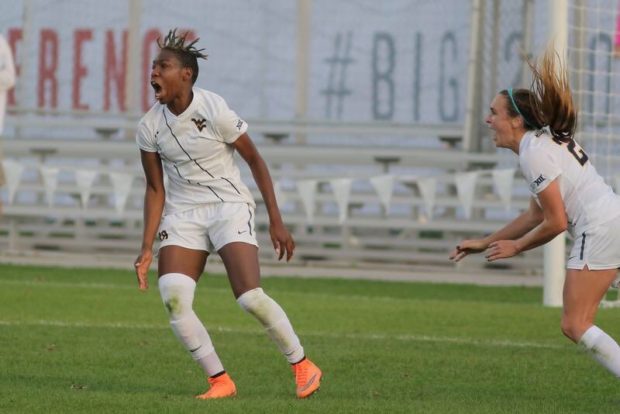 The Mountaineers, the reigning number one team in the nation, hadn’t given up a goal in Big 12 play spanning 900 total minutes coming into the conference tournament title game Sunday. That streak was quickly ended against Texas Christian, however, as the Horned Frogs scored four minutes into the game. Michelle Prokof ensured that the Mountaineers would not find an 11th straight shutout against conference opponents when she launched a shot from 25 yards out that hit into the upper left corner of the net.

While West Virginia would control play throughout much of the first half, quality offensive chances proved elusive. Meanwhile, the Horned Frogs continued to cause problems on the counter. In the 40th minute, a breakaway goal from Allison Gaunter put the Mountaineers in another position they hadn’t been in all season. Gaunter’s goal marked the first time in the 2016 campaign that West Virginia conceded more than once in a contest.

In the 59th minute, Michaela Abam cut TCU’s lead in half when she volleyed Shi’Nia Gordon’s cross into the box past the Horned Frogs’ keeper.

In order to generate offense, Mountaineers’ head coach Nikki Izzo-Brown moved All-American center back and Canadian bronze medalist Kadeisha Buchanan further into the attack. Izzo-Brown’s move paid dividends in the final minutes, when Buchanan, now playing forward, directed a flick on by Abam into the net for the equalizer.

It was all West Virginia in the overtime period as the Horned Frogs were clearly shaken by relinquishing the lead so late. Ashley Lawrence, who’s pass into the box helped set up the tying goal, scored the winning goal for the Mountaineers. Lawrence, who also earned a bronze medal last summer at the Olympics, gave West Virginia the victory when she ran onto a cross sent into the box by Hannah Abraham. Lawrence and Buchanan were named Offensive Player and Defensive Player of the Tournament respectively. 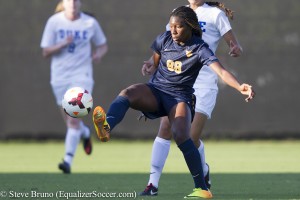 The Golden Gophers got on the board first in the 19th minute of play. Minnesota caught the usually well organized Rutgers backline off guard when a ball was played over the top to Sydney Squires. Squires then one-touched the ball towards the far post for the finish. Nikki Albrecht and Josee Stiever were credited with assists. The Golden Gophers put the Rutgers’ backline under significant pressure in the minutes immediately following the opening tally but were unable to add to their lead.

Rutger didn’t challenge Minnesota keeper Tara Hobbs much in the first half, but Senior Madison Tiernan had an excellent chance to equalize for the visitors about 10 minutes into the second half. Tiernan, who has a penchant for striking from distance, sent a long-range rocket that careened off the crossbar.

The Scarlett Knights would find an equalizer 84th minute, when Chantelle Swaby fought her way traffic, beat two defenders and keeper Tara Hobbs for the score. It was a tenacious, albeit not aesthetically pleasing, goal.

The score would not be tied for all, however, as the Gopher found the game-winner less than a minute. A cross that was deflected by a Rutgers’ defender fell to Emily Heslin, who sent a rocket from just outside the 18-yard box past into the upper 90. Despite falling in the conference title game, Rutgers improved their NCAA tournament resume with wins Penn State and Northwestern to get to the title game.