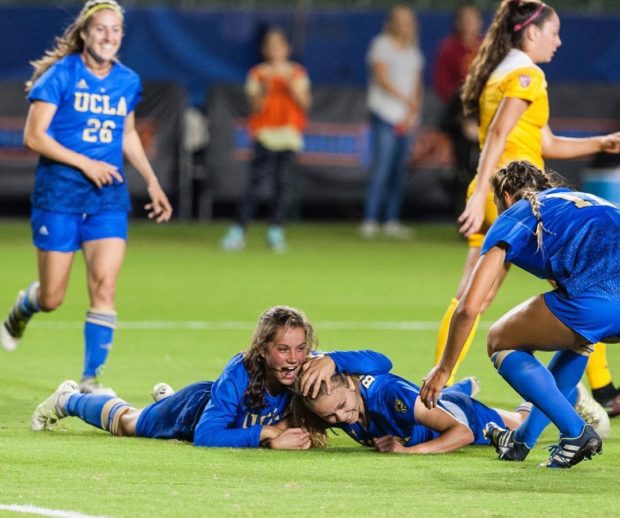 In Pac-12 Conference action, No. 8  USC hosted No. 18 UCLA in the yearly highly-anticipated crosstown rivalry match at the StubHub Center in front of 8,508 fans. Despite the loss, USC ended the regular season as the second-place team in the conference, tied with Colorado, while UCLA ended in fourth place.

Annie Alvardo had the only goal of the night in the 27th minute. After Zoey Goralski served in a cross towiards the far post, it was headed away by a USC defender, but not well enough as the ball remained inside the penalty area. Alvarado beat USC’s Nicole Molen to it and hit a volley into the top right corner of the goal.

.@UCLAWSoccer gets on the board first in Carson!

USC’s best chance of the first half came with just seconds left before halftime when they earned a free kick. Samantha Johnson got on the end of it, but her shot went just over the bar.

Jessie Flemming, of the Canadian women’s national team, was impressive and threatened USC’s backline consistently throughout the first half. Her biggest opportunity to score came in the 15th minute off a free kick in which she bent the ball over the wall towards the bottom left corner of the goal, but was stopped by Prudhomme.

USC had a strong second half, but none of their efforts paid off. Their best chance came again from the foot of Johnson, but Micah came up with a big save. Late in the half, Morgan Andrews also had an opportunity to tie the game, but her shot from well out floated over the bar.