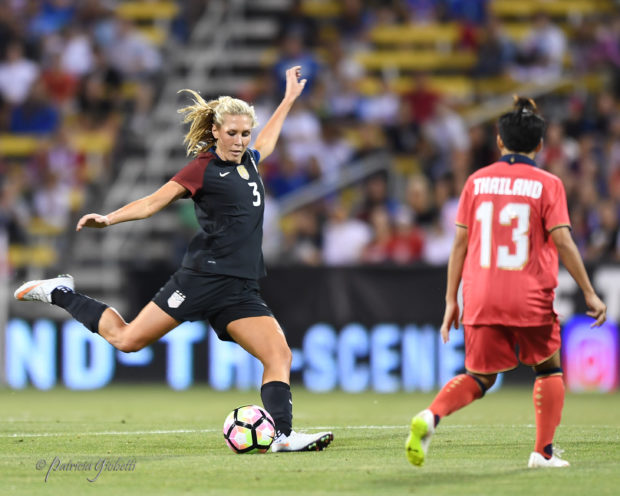 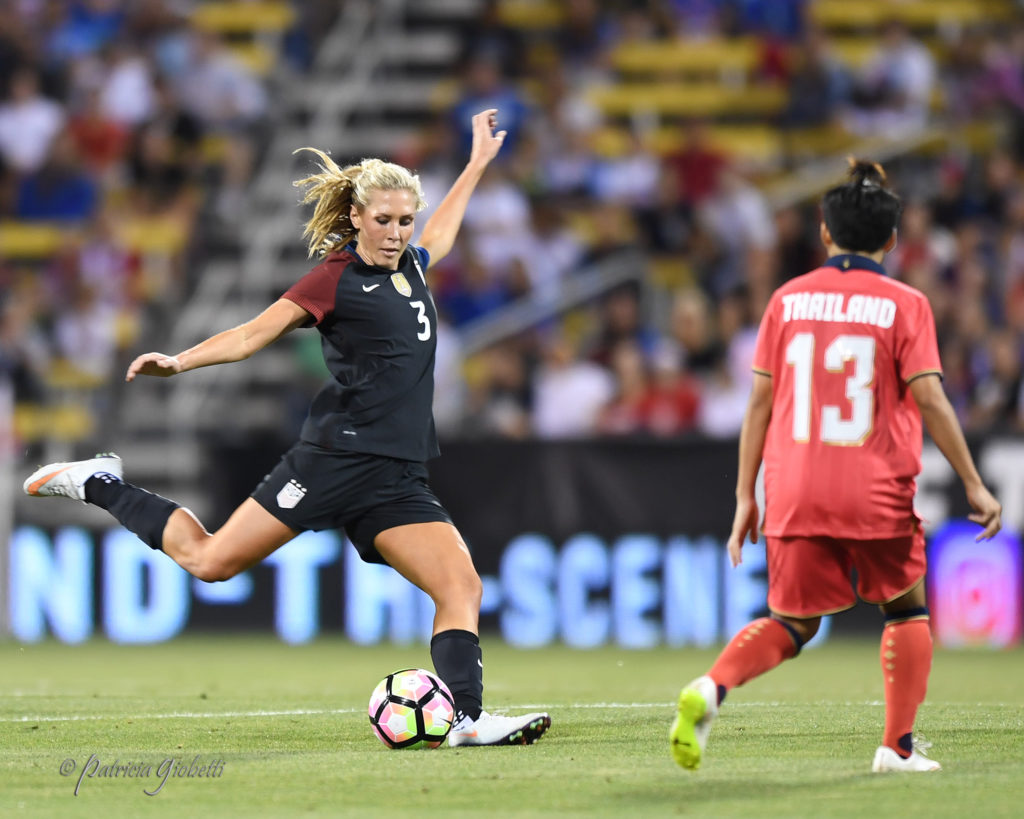 Allie Long played center back in a 3-5-2 as the U.S. comfortably defeated Switzerland, 4-0. (Photo Copyright Patricia Giobetti for The Equalizer)

Five players made their senior international debuts for the United States women’s national team as Jill Ellis’ side rolled to a 4-0 victory over Switzerland on Wednesday at Rio Tinto Stadium in Sandy, Utah.

Lynn Williams scored less than a minute into her U.S. debut when she opened the scoring seconds after halftime. The 2016 NWSL MVP and Golden Boot winner entered the match at the start of the second half, and her first touch was pouncing on a misplayed ball by a Swiss defender. A few touches later, she finished a shot past Gaëlle Thalmann for the fastest debut goal in U.S. history.

All it took for @lynnraenie to get her name in the #USWNT record books. Now, THAT'S a debut. Congrats, Lynn! pic.twitter.com/HZzgKsT2Iy

Williams also played a role in the U.S.’ third goal, turning her defender on the sideline and slotting fellow second-half substitute Kelley O’Hara in behind the Swiss defense before O’Hara found Press for a tap-in in front of net. Tobin Heath and Sam Mewis also scored.

[EXCLUSIVE: Ashlyn Harris confident, ready for her moment in net]

Casey Short and Andi Sullivan were the first of the five players on the night to earn their first senior caps. Short started on the wing and Sullivan in the middle of Ellis’ 3-5-2 formation, which also saw Allie Long drop to center back alongside Becky Sauerbrunn and Emily Sonnett. Williams, Western New York Flash teammate Abby Dahlkemper and BYU forward Ashley Hatch also made their senior international debuts off the bench.

Alyssa Naeher played the full 90 minutes in net and was only seriously called into action once, in the first half. Romana Bachmann and Lara Dickenmann were both out due to injury for Switzerland.

The two teams meet again on Sunday in Minneapolis, Minnesota.