New-look USWNT set for pair of games vs. Swiss 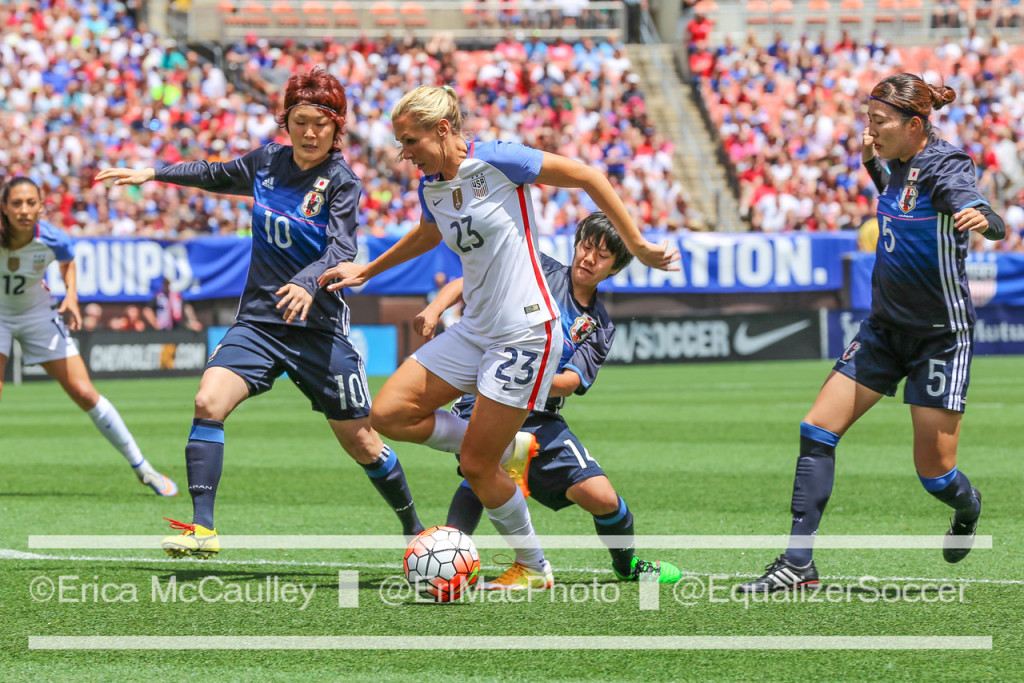 Allie Long will be one of the more familiar faces in USWNT camp, which is a drastic change from only last month. (Photo Copyright Erica McCaulley for The Equalizer)

U.S. head coach Jill Ellis called up 11 uncapped players for this training camp and the pair of matches against the Swiss as she begins evaluating for the 2019 World Cup. Included in the group of newcomers are NCAA players Jane Campbell, Andi Sullivan and Ashley Hatch, as NWSL Golden Boot winner and MVP Lynn Williams.

Among the most recognized new call-ups is Kealia Ohai, who tied Williams for goals scored in the 2016 NWSL season with 11. Ohai helped lead the 2012 U-20 Women’s World Cup, which the Americans won. Ohai overcoming blindness in one eye makes her story that much more incredible.

She joins a handful of teammates from that 2012 U-20 team who have already cracked into the U.S. senior team: Julie Johnston, Morgan Brian, Crystal Dunn and Sam Mewis are all already part of the senior-team picture. Others from that squad are thriving at the NWSL level, welcomed positive news for the federation as youth teams continue to struggle, including the U-17s at the current World Cup. Japan and North Korea will meet in the U-17 Women’s World Cup final on Friday. (SmartBets has defending champion Japan favored to repeat at the U-17 level.)

Back to the U.S. senior team: This young squad is an unfamiliar feeling for the Americans. Alex Morgan, Megan Rapinoe, Ali Krieger and Julie Johnston are among those missing from this camp as Ellis rotates the roster, not to mention the absence of Hope Solo, who Ellis said last week she hadn’t even thought about. Only three players in camp have 100 caps or more, the fewest number of veterans in years for the U.S.

Alyssa Naeher and Ashlyn Harris will continue to compete for time in goal, with Stanford senior Campbell also in this camp.

Abby Dahlkemper — fresh off a 2016 NWSL title with Western New York — joins Arin Gilliland, Merritt Mathias and Casey Short as new defenders in the mix, while Danielle Colaprico is back in camp after training with the team late last year. Sullivan is also new to the midfield mix after a successful youth and college career.

Switzerland will pose a serious challenge for this young U.S. team. The Swiss are ranked 15th in the world and are among Europe’s next up-and-coming teams. ‎Martina Voss-Tecklenburg’s side is an improved one from the one which lost 4-1 to the U.S. in 2014 and lost 3-0 to the U.S. at the 2015 Algarve Cup.

Goal-scoring spark Ramona Bachman is not available for the match due to injury, but VfL Wolfsburg forward Lara Dickenmann will be a handful for the Americans.

The two teams play again on Sunday in Minneapolis, Minnesota on Sunday at 1:45 p.m. ET on FS1.