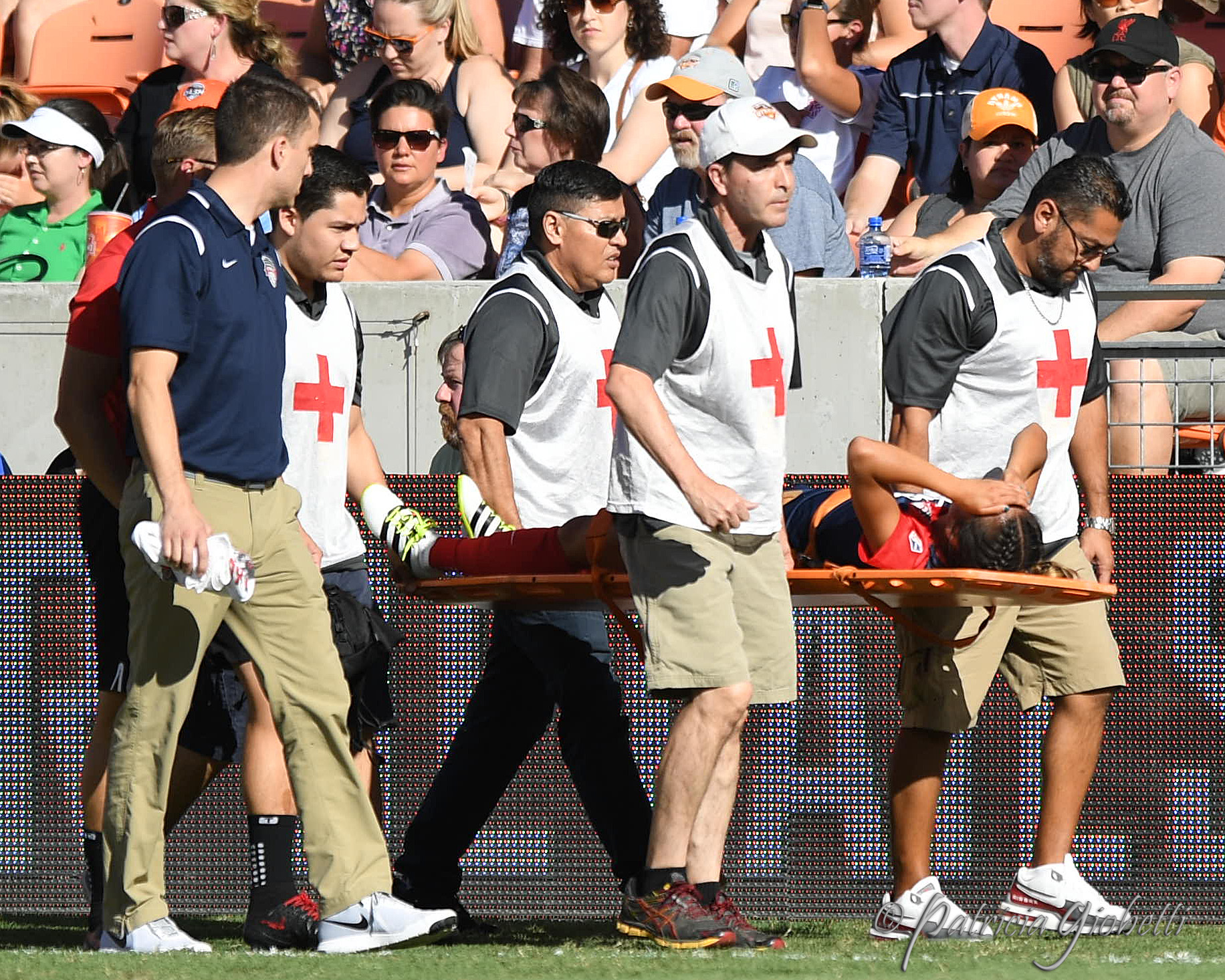 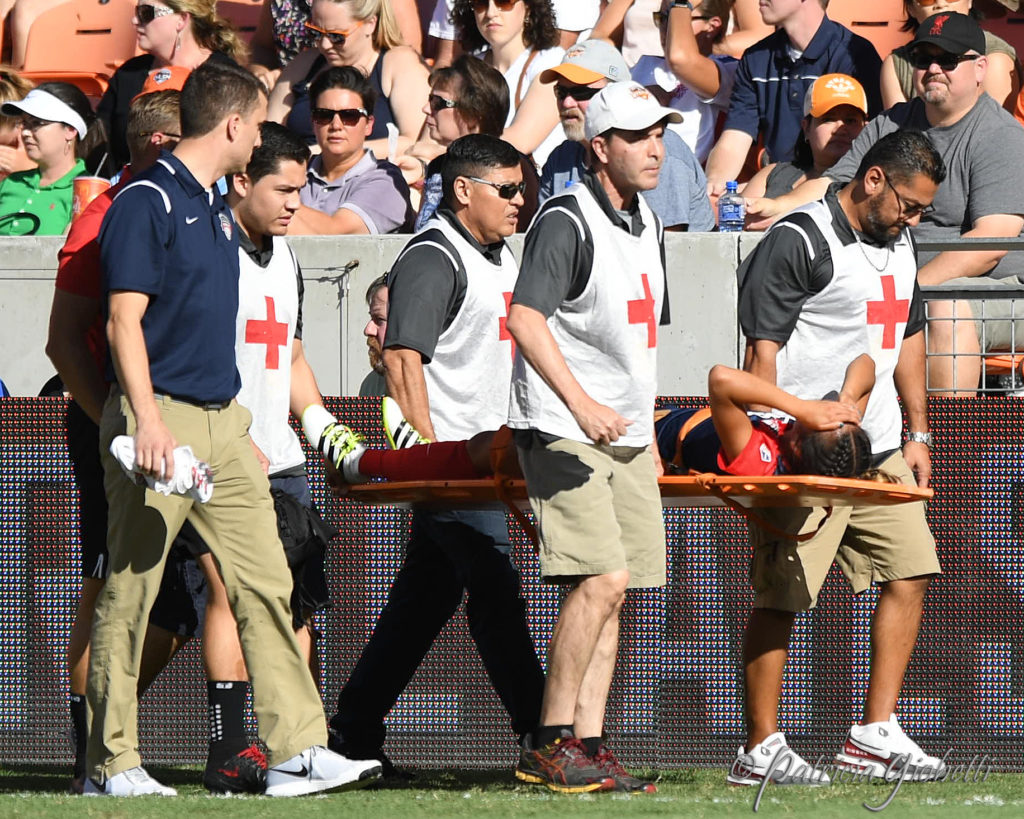 Caprice Dydasco is stretchered off in the 2016 NWSL Championship. (Photo Copyright Patricia Giobetti for The Equalizer)

Dydasco will return to her home in Hawaii for surgery and rehab. No timetable was given for her recovery.

“We all feel horrible for Caprice,” said Spirit general manager and head coach Jim Gabarra. “We are confident that she will work tirelessly to get through this challenge and return better than ever.”

Dydasco went down in the 16th minute of Sunday’s match, with the game tied 1-1, and she was stretchered off the field. Alyssa Kleiner replaced her on the field. The Spirit went on to lose the match to the Western New York Flash in a penalty-kick shootout after conceding a 124th-minute equalizer to NWSL MVP and Golden Boot winner Lynn Williams.

Washington drafted Dydasco 19th overall in the 2015 NWSL College Draft. She has made 20 appearances – 14 this year – in two seasons with the team.