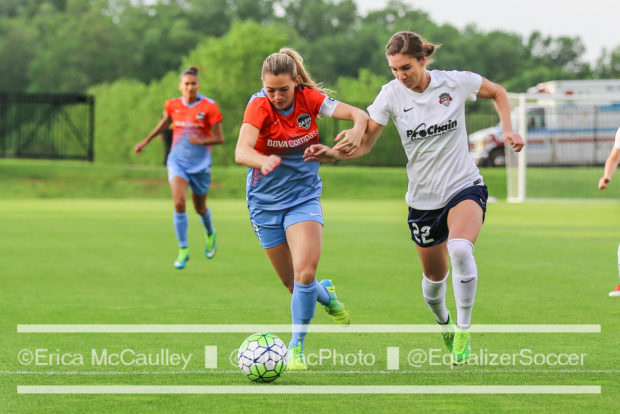 Kealia Ohai, left, will join the camp ahead of the United States friendly matches against Switzerland (Photo Copyright Erica McCaulley for The Equalizer)

Western New York Flash forward and 2016 NWSL MVP Lynn Williams plus finalist Kealia Ohai are among fresh faces called in by Jill Ellis ahead of friendly matches against Switzerland later this month. Williams and Ohai tied for the league lead in goals with 11 to earn the call. Williams is in Houston, where the Flash will play the Washington Spirit in Sunday’s NWSL Championship. Teammate Abby Dahlkemper was also named to the camp.

Of the 24 players Ellis called into camp, 11 re uncapped, eight of which play in the NWSL. Stanford goalkeeper Jane Campbell, teammate Andi Sullivan and BYU forward Ashley Hatch are the three collegiate players on the roster.

The inclusion of so many new faces means that some veterans, including Alex Morgan, Julie Johnston and Ali Krieger, among others, have been left off this roster.

The complete roster is: