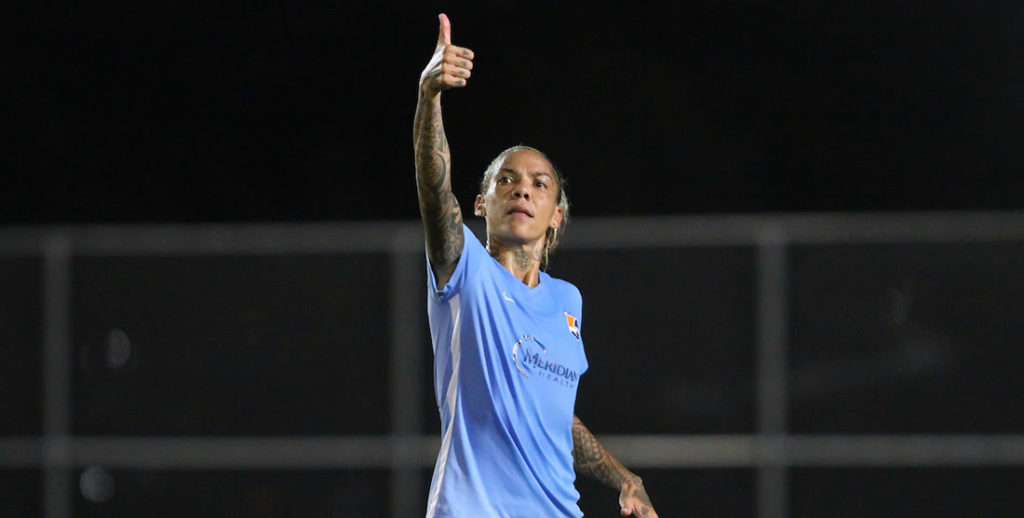 Sky Blue FC forward Tasha Kai underwent successful surgery on her left ankle on Monday, the club announced. There is no timetable for her return.

Kai “had the arthroscopic procedure to clean up her ankle after suffering a few nagging injuries over the course of the season,” according to a statement from Sky Blue FC. She scored four goals and added an assist in 20 games this season, her first as a professional since 2011.

Sky Blue FC’s season ended on Sunday with a 3-1 loss to the Portland Thorns, who clinched the Shield as regular-season champions with the win. Sky Blue finished seventh in the 10-team NWSL with a 7-8-5 (26 pts.) record.

Kai signed with Sky Blue FC in the offseason after five years away from pro soccer. She tried her hand at international rugby during that time.

Kai played for Sky Blue in 2009, when the club won the inaugural championship in the now defunct Women’s Professional Soccer (WPS). She helped the Philadelphia Independence to a runners-up finish in 2011.