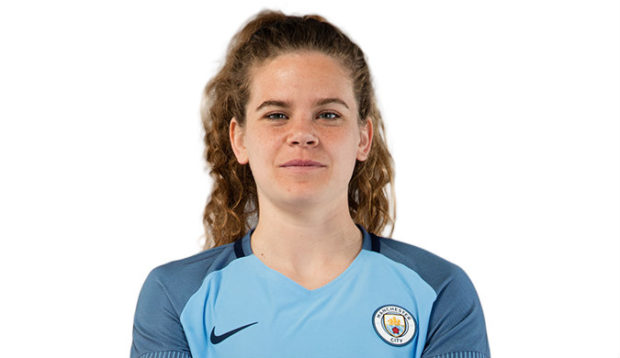 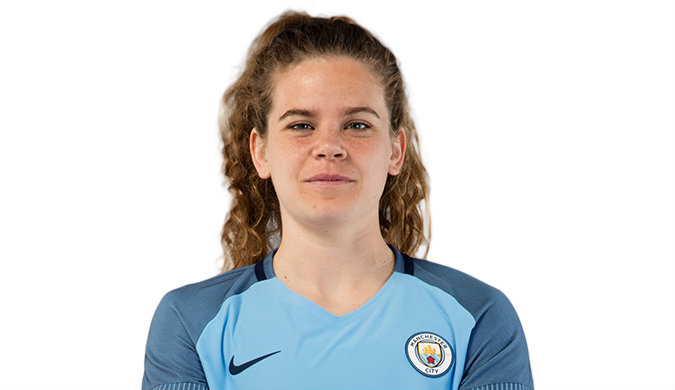 Corboz, 23, who joined City midway through the 2015 campaign, spoke to The Equalizer shortly after her team had beaten closest rival Chelsea, 2-0 in front of 4,096 fans – a record at City’s Academy Stadium– to claim a first league title in the club’s short history.

The former United States U-23 midfielder has been in and out of the City team this season, but her influence when involved — and the quality she brings to the team — is without question.

“It feels absolutely incredible,” she said of the victory.

“I think that we had that goal to win the title this year, and to be able to fulfill your dreams is really a special moment.”

[GORDON: Jasmyne Spencer making the most of her chances]

The newly crowned champions face one more league match before the close of the season, and if they can avoid defeat in that fixture against Birmingham City Ladies, it would mean the team has gone the whole league season without a loss (16 matches).

Corboz, who has scored two goals in six league starts in 2016, is not surprised by how dominant City has been this season.

“I came here midseason last year and we went on an unbeaten run, so I have actually only ever known City as being this really strong force,” she said.

“I think it’s a real testament to how consistent we have been over the last year and a half since I have been here.”

The former Georgetown University midfielder made headlines when making her move to England, deferring a place at Rutgers University to attend medical school in order to play professionally.

She was drafted 22nd overall in the 2015 NWSL College Draft by Sky Blue FC, but decided to make the move to England, where she felt it would be best for her development.

“I still follow the NWSL, but I made the move to Manchester City for my development and felt it was the best decision for me a year and a half ago,” she said.

“I couldn’t be more pleased with my improvement as an individual, but I also came here to win titles, and fortunately I’ve been able to get one – with hopefully another next week (City play in the Continental Cup final).

“Weighing up my options whether to go to medical school, staying in the NWSL or coming here was a tough decision, but I couldn’t be more pleased and moments like today make it feel like I made the right one.”

With City finishing runners-up last season, they will kick-off their first ever campaign in the UEFA Women’s Champions League when they come up against Russian side Zvezda 2005 next week.

Players such as Christen Press, Meghan Klingenberg and Megan Rapinoe have all represented clubs in the competition in the recent past and spoken very highly of its competitive edge. Corboz was no less enthusiastic about participating in the tournament.

“I am so excited, and I think that the Champions League is the biggest thing in club football,” she concluded.

“I knew joining City I’d have a chance of playing in the competition, so I cannot wait to get that campaign started.”