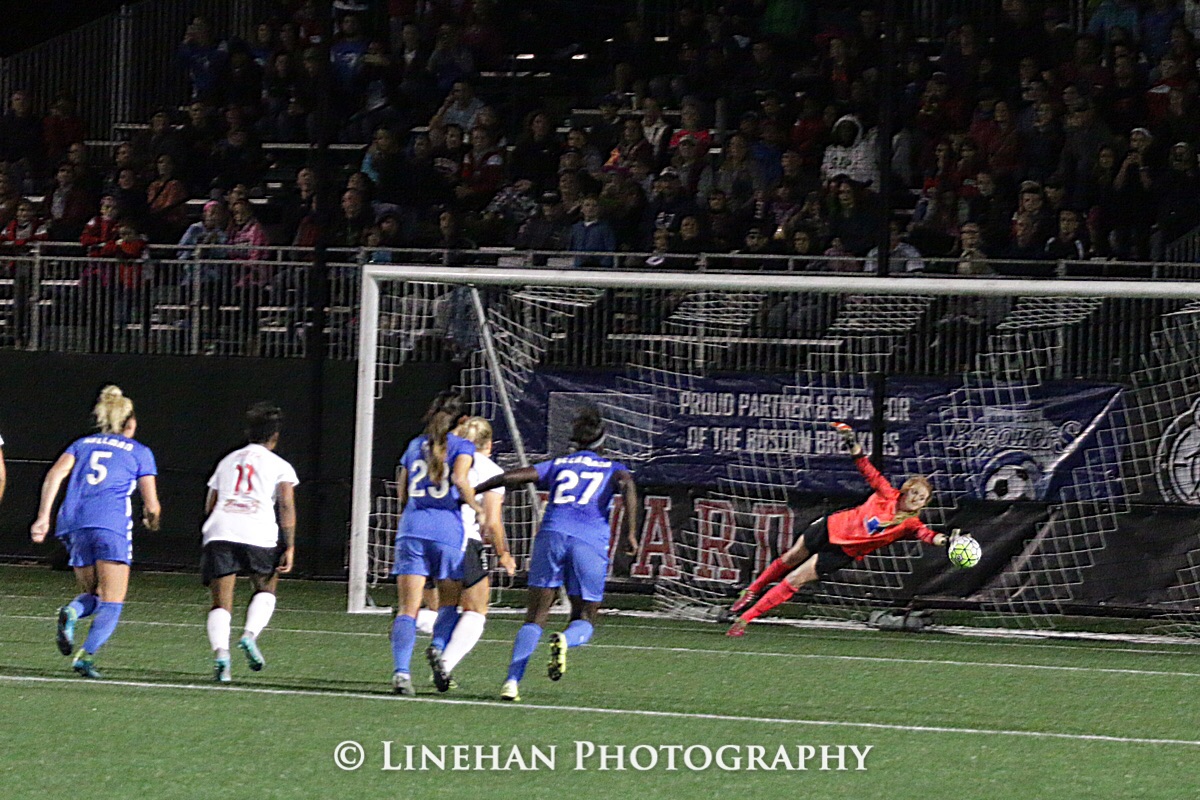 The Golden Boot race also heated up in Saturday night’s match when Lynn Williams retook the lead with her 11th goal of the season. However, Williams will have to wait to find out if she will win the award since Kealia Ohai, who currently trails just behind Williams with 10 goals, will take the field with the Houston Dash on Sunday night. The 2016 NWSL Golden Boot award winner will officially be announced on Monday, September 26.

Boston’s fate seemed to be sealed within just the opening minutes of the match when Jessica McDonald put Western New York on the board before two minutes had even elapsed. Makenzy Doniak fed the ball to McDonald, who easily put it past Breakers goalkeeper Libby Stout for the match’s opening goal. There seemed to be some confusion from the Breakers as some players stopped play before the goal and appealed for off sides from the ref, but no call was made and the goal would stand. The goal was McDonald’s 10th of the season.

Lynn Williams put in her final effort in the Golden Boot race when she scored the Flash’s second goal of the night. There was again a lot of confusion on the play as the Flash were calling for a hand ball and play seemed to stop, but the referee’s whistle did not blow. Williams seemed to be the only player aware that play had not been stopped, putting a shot past Stout and into goal. Although it was unclear at first whether the referee’s signal was for the hand ball or the goal, Williams’ goal was eventually counted and play resumed.

The Flash would take a 3-0 lead just before the end of the first half when McCall Zerboni sent a cross in to Samantha Mewis, whose header went just out of Stout’s reach and into the back of the net.

Boston came out with new life in the second half, putting multiple shots on goal and testing Flash goalkeeper Sabrina D’Angelo more times in the first fifteen minutes of the second half than in the entire first half. However, the momentum would swing back in favor of Western New York after the Flash were awarded a penalty kick. The penalty kick was highly contested by Boston, as the foul on Jessica McDonald looked soft at best. However, the Breakers’ protests were ineffective, and Abby Dahlkemper easily converted the penalty for the Flash’s fourth goal and final goal of the match.

The Flash’s win secures Boston’s spot at the bottom of the table and sees Western New York progress to post season play. The Flash will play either the Washington Spirit or the Portland Thorns next weekend in the semifinals, depending on the results of those teams’ results this weekend.