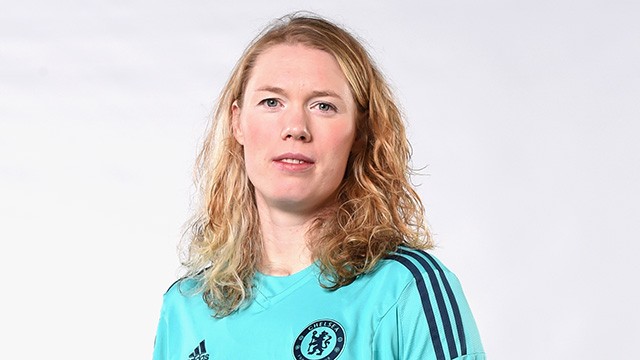 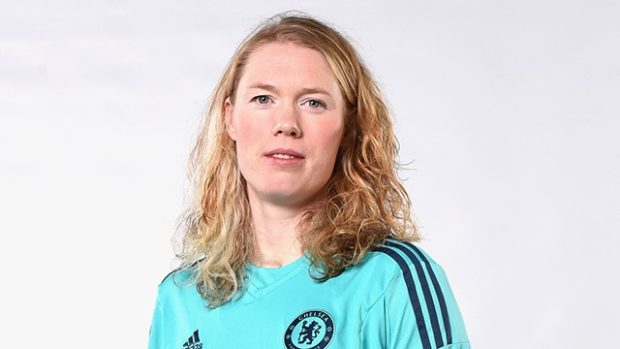 LONDON, ENGLAND – It’s been just over one month since all the memorable moments from the Rio Olympic Women’s Football tournament. Germany took home gold after an exciting 2-1 gold medal final against underdog Sweden. Pia Sundhage’s squad wasn’t expected to reach the final, and at times struggled to make it out of Group E play. A lot of the success that Sweden had at the Olympics is down to goalkeeper Hedvig Lindahl and her three clean sheets. Despite not winning the ultimate prize, the Chelsea Ladies shot stopper looks back on the tournament as a great experience and she’s happy Sweden was able to win a silver medal.

“Oh it feels good, we were close to getting an even better medal, but when that disappointment went away a bit, I was very happy and proud to be a silver medallist.”

Qualifying for the Rio Olympics was a challenging task for Sweden. A UEFA Olympic Qualifying Tournament took place in Holland in March. Sweden, Netherlands, Norway, and Switzerland all played each other once in a short tournament. The winner earned the third and final UEFA Olympic spot at the Rio Olympics. Sweden was able to take the long road, and it was well with it according to Lindahl.

“Well it makes a better history doesn’t it,” said Lindahl. “The way we had to take to get to the Olympics to be in it. I guess it shows, don’t give up and you may reach your dreams. This was the first time a Swedish football team ever took a medial in the Olympics. It’s just breaking barriers and paving the way for the next generation.”

After a shocking showing at the 2015 FIFA Women’s World Cup, Sweden was a surprise gold medal finalist against heavily rated Germany. Sweden’s ability to bunker down and play defensive football, played to their strengths. While some fans and opponents may not have liked the ‘park the bus’ strategy, it worked and proved to be successful.

“We have a lot of experienced players,” said Lindahl. “They’ve been in these games a lot of times and I think it was a feeling of, it’s now or never, a little bit. Combined with a lot of exciting new players, someone like Stina Blackstenius that just comes in and has not a big respect for any opponent, really. She just comes in and shows that she has an edge, and combined with us having a good knowledge in how to play defense.”

The lottery of penalties can always be a cruel way to decide a match. Sweden showed courage, concentration, and skill to overcome the United States and Brazil in heavy-pressured situations. It takes a lot of practice and dedication to become clinical at taking penalties, but you might be surprised by how often Sweden practiced a penalty shootout scenario.

“Not so often, actually,” admitted Lindhal. “I think that it’s more that you dig in your imaginary backpack and then you find something that you’ve practiced throughout your career. What set us apart in those two penalty shootouts, is that we kept calm and the other ones were stressed, I think.”

What was the key for Lindahl in those penalty shootouts?

“I was just calm and we had nothing to lose,” said Lindahl. “When you play with fear, which both the U.S. and Brazil did, I think. It’s harder to get everything out that you know you can. We had nothing to lose, you’re just playing to the best of our ability, that’s the secret.”

Hope Solo’s theatrics before facing Lisa Dahlqvist made headlines all over the football world. Switching goalkeeper gloves could have thrown off many footballers, but not Dahlqvist. She’s known as one of the most focused and zoned in players for Sweden. The 33 year-old Lindhal doesn’t quite disagree with Solo’s tactics.

“I think the glove change was her last straw trying to get into Lisa’s (Dahlqvist) head. I understand, she’s impressive in that way, she goes a long way to win and this time it didn’t work. If she would have thrown Lisa off, they probably would have won. I don’t use those methods, but it’s a common method to try to take time and get into the penalty shooters head.”

Heading into the 2017 European Championship tournament next summer, Sweden won’t be able to sneak up on opponents like they did in Rio. The defensive shape that they become known for will be studied by their opponents. A new strategy will have to be produced. Lindhal is hoping to be selected to the roster and would love to represent her country in another major tournament.

“This was obviously good for our confidence and giving something back for all the hard work everyone’s put in, especially comparing it to the bad World Cup we had the year before. It gives some energy. It’s a new campaign now and what we did in the Olympics will mean nothing in the Euro’s. The teams that we will meet will figure out those tactics so we’ll have to go with another one. It’s just about changing and the only constant thing is change.”