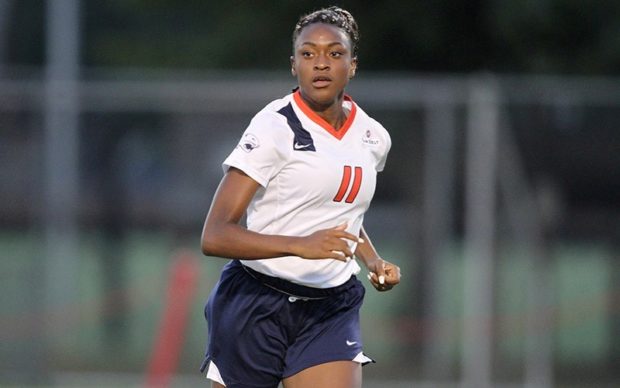 It’s hard to believe, but this is already the fourth wrap up of the season. Last week saw some massive upsets and streaks broken. Here’s a look at some of the major storylines for the week as the non-conference slate draws to a close.

Last week started off with a massive upset as perennial College Cup participants dropped a 1-0 result against South Alabama. The enormity of the upset was highlighted by a handful of Jaguar fans storming the field after the final whistle. After a historic 19 win season last fall, the Jaguars faced the Seminoles in the second round of the NCAA tournament. In that contest, Florida State easily dispatched South Alabama 5-0.

In the most recent contest, the Jaguars’ Hannah Charde provided the game’s only goal about midway through the first half off a through ball by Danielle Henley. On the night, Florida State outshot South Alabama 28 to 5, and a whopping 18 to 1 in the second half. The Seminoles failed to generate quality looks at goal though putting just a small portion of these on frame. Offensive concerns continue for the Seminoles through the week as they needed double overtime to secure 1-0 victory over Troy.

Last season the Mountaineers got over the “hump” and managed to reverse the trend of early exits from the NCAA tournament. West Virginia was bounced in the Elite Eight by the eventual champions Penn State. Can Buchanan and company follow up last year’s stellar season with a Final Four appearance? It’s too early to tell, of course, but the non-conference resume West Virginia has accumulated thus far is a positive indicator.

In the NSCAA poll, Stanford grabbed the number one spot despite not winning for the first time all season Sunday.  In that affair, the Cardinal played Notre Dame to a 2-2 draw. Much like West Virginia, Stanford has compiled an impressive non-conference resume and has looked the part of the College Cup hopeful they were tipped to be at the beginning of the season. Unlike its counterpart in the other poll, however, Stanford has reached the zenith of the rankings too many times to count. With non-conference slates winding down and conference play beginning, will we see more movement at the top spot?

Everyone knew that Fleming was a special talent and she continues to show just how true that is. After just 4 games with the Bruins, Fleming leads the team with 5 goals and chipped in an assist for good measure. To put this in perspective, the team’s scored a total of 8 goals during that span.

It’s also worth noting that UCLA has played some heavy hitters during this stretch including Florida, Penn State, and North Carolina. The other team she’s seen? San Diego State, a program that’s turned out a considerable amount of pro talent over the years including Leigh Ann Brown nee Robinson and Brittany Cameron. It will be interesting to see if Fleming can continue this level of productivity until the U-20 World Cup beckons.

Entering Sunday’s match, the Cavaliers had gone a perfect 8-0 while outscoring opponents 23-0. Virginia’s perfect goals against average couldn’t survive the team’s biggest test of the season. It seems the skepticism surrounding Virginia’s non-conference schedule may have been warranted. The Cavaliers got off to a great start in the game, scoring two goals before the 10 minute mark courtesy of Veronica Latsko and Taylor Ziemer.

Taylor Pak got one back for the Hoyas in the 14th minute when she collected a bad clearance and blasted a shot from 25 yards out into the back of the net. At that juncture, momentum shifted decisively in favor of Georgetown. Amanda Carolan tied it up in the 26th minute off a through ball from Chloe Knott. The Hoyas’ midfield maestro Rachel Corboz notched the game winner after a controversial free kick was given from about 23 yards out in the center of the park.

It won’t get any easier for the Cavaliers moving forward as Georgetown was their last non-conference game before entering the ACC regular season. The team will face in-state rivals Virginia Tech at home Friday night.

The Trojans dismantled North Carolina 3-0 Sunday afternoon giving the program its first victory in four attempts against the storied Tar Heels. Although Friday was their first loss of the season, North Carolina has been less than convincing at times, after needing overtime to beat FAU and surviving a battery of shot from Duke in a scoreless draw. The match marked the first time in exactly four years the Tar Heels had allowed an opponent to tally three times. USC meanwhile hasn’t allowed a goal since a 0-1 loss to Long Beach State, outscoring opponents 13-0 in that stretch.
Morgan Andrews got the Trojans off to a fast start Sunday when she headed in a corner kick in the 5th minute of play. Katie Johnson added one just before the half an hour mark and Alex Anthony scored her team-leading 5th goal on the season in the 65th minute. Keeper Sammy Prudhomme recorded 4 saves en route to her second straight PAC-12 Goalkeeper of the Week award.