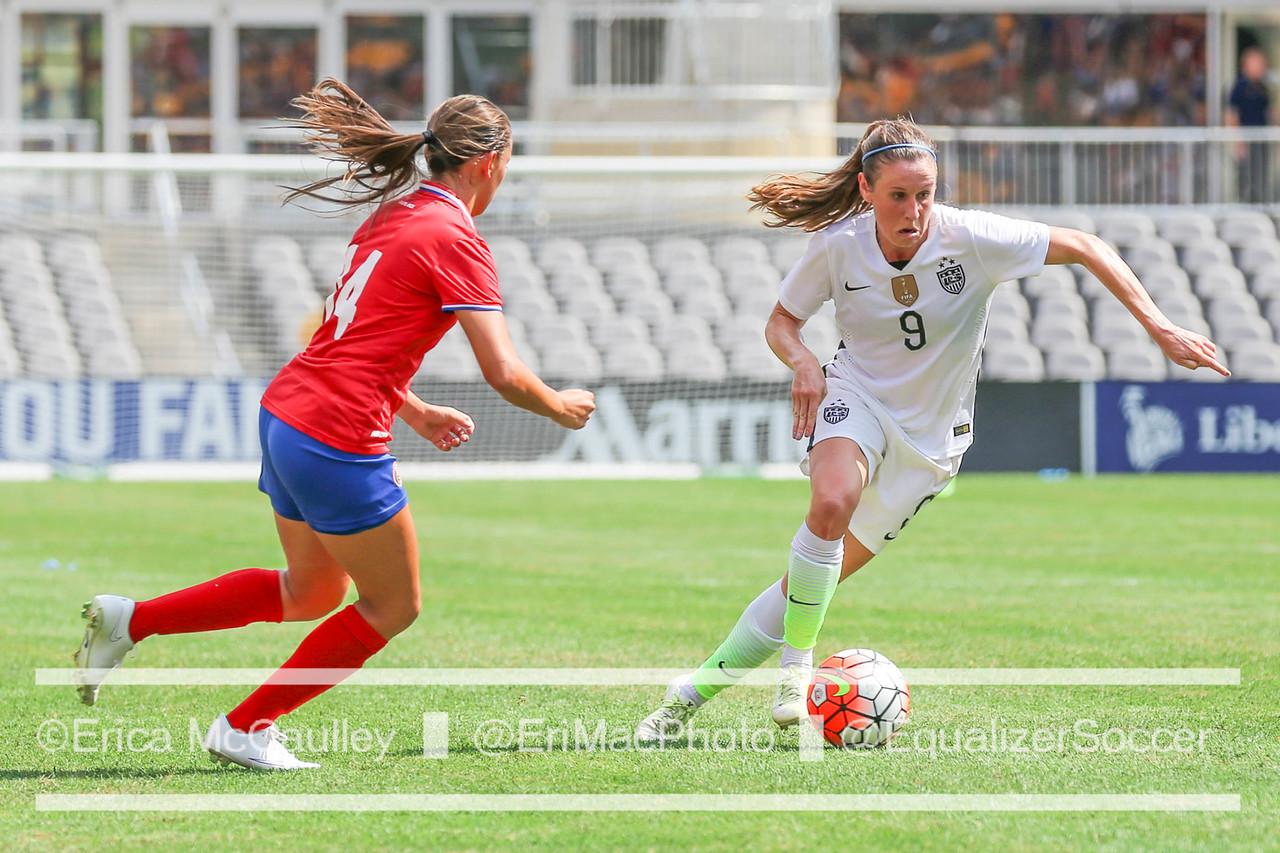 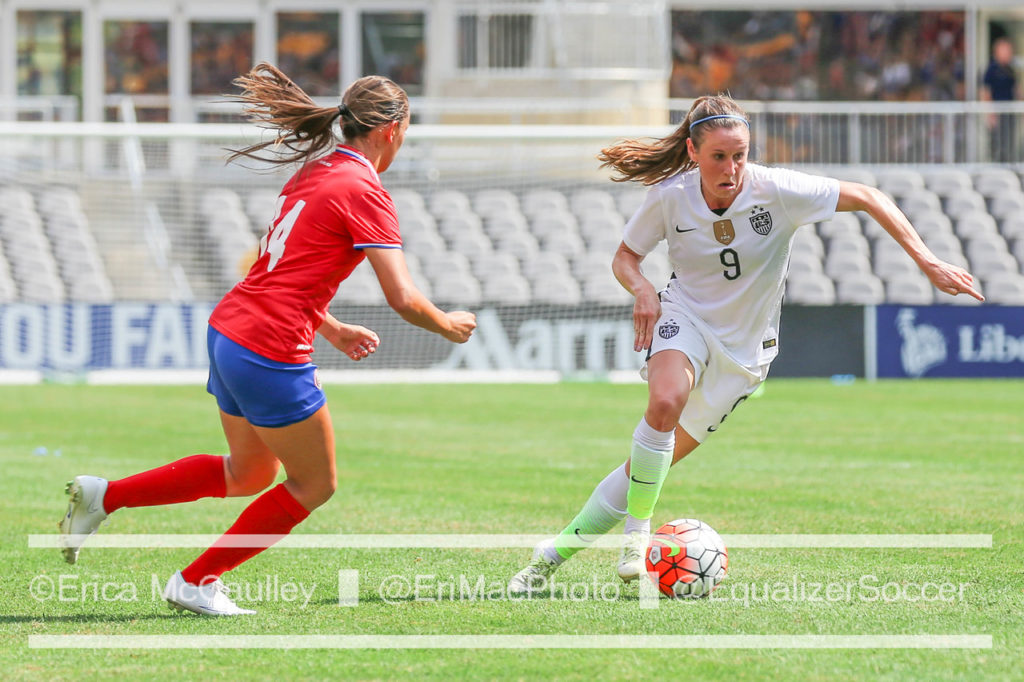 Heather O’Reilly will play her 231st and final game for the U.S. women’s national team on Thursday. (Photo Copyright Erica McCaulley for The Equalizer)

Last Wednesday, after FC Kansas City managed to squeak out a 3-2 midweek victory over the host Chicago Red Stars, much of the postgame talk focused on FCKC midfielder Heather O’Reilly.

Less than a week earlier, O’Reilly had announced her retirement from the United States women’s national team after 15 years of service and 230 appearances. However, no one wanted to talk about O’Reilly’s international retirement on Wednesday, instead focusing on her dominating performance in the match itself.

While the Red Stars had everything to play for that night, fighting to secure a playoff spot with only three games to go in the NWSL season, Kansas City entered the game essentially eliminated from playoff contention. Still, O’Reilly—not knowing how to play the game any other way than 100 miles per hour—helped set up two of Kansas City’s goals on the way to the win.

.@sheabayy2 puts her body on the line with a diving header to add to @FCKansasCity‘s lead on @FS1. #CHIvKChttps://t.co/qCeJRXahRU

“Heather was amazing tonight,” said FCKC head coach Vlatko Andonovski. “Her leadership in the middle of the field was very important and created a couple of goals for us which were very important for the outcome of the game.”

Chicago head coach Rory Dames agreed and credited O’Reilly’s fitness as the difference-maker on a hot and humid evening in Chicago.

“Heather never gets tired,” said Dames. He later added, “Her engine is unbelievable. Heather’s been doing the same thing since she was 16—and that’s being a great teammate, being a leader, scoring goals and helping her team win.”

“To be able to build that chemistry with such an amazing player who can deliver a ball every time—there’s nothing more you can ask for as a center forward than [for your teammate] to be able to get balls to your foot like that,” Groom later added. “You can’t miss.”

On Thursday, O’Reilly will play her last game for the U.S., captaining the squad as it takes on Thailand (8 p.m. ET, ESPN2). And while the game will no doubt be a celebration of the New Jersey native’s many accomplishments (including three Olympic gold medals, a World Cup championship, two pro titles and two NCAA titles), her performance in Chicago last Wednesday demonstrated the one thing many fans will miss most about O’Reilly: her unceasing desire to win.

Even late in her career, when most athletes go into cruise control, O’Reilly sought to get better—and did. No longer able to beat defenders with sheer pace, the 31-year-old developed a new bag of tricks. Her vision and passing improved, her left-footed service improved, and she continued to set new national team records with her fitness.

Great pass by Heather O’Reilly in the first half. #USWNThttps://t.co/i3R6bQ7oSm

Even as the Olympics neared and it looked ever more likely she wouldn’t make the team, O’Reilly stayed incredibly positive. During media commitments the day before the U.S.’ send-off match in Chicago—and only two days before Ellis had stated she would announce the final Olympic roster—the American team got off the bus and walked past the mixed-zone in silence. All except O’Reilly, who broke the silence by extending an ear-to-ear smile and an enthusiastic “Hi!” to the press.

[MORE: O’Reilly reflects on USWNT career ahead of retirement]

Two weeks later, in Kansas City for the team’s last send-off match—and even after Ellis had named her as an alternate—O’Reilly looked focused in training. In Brazil, she kept the same attitude, telling Sports Illustrated’s Grant Wahl, “We’re always asking the players what they might need, if it’s extra reps, extra shooting, extra heading, whatever it might be.” And she served as a role model for the U.S.’ next generation, pushing fellow alternates and newcomers Emily Sonnett and Sam Mewis during training in Brazil.

After O’Reilly announced her international retirement, club teammate Yael Averbuch wrote a touching blog post, including examples of O’Reilly running wind sprints on the day she got engaged, taking U.S. Soccer’s “E” coaching course—even though as a national team member, she is eligible for a “B” license—and prefacing every national team camp with, “If I’m invited.” With O’Reilly, there never seemed to be any pretense, assumption, ego or self-importance.

The Lowdown: Playoff, Shield, Boot races down to wire
Rapinoe kneels for anthem for first time in US jersey