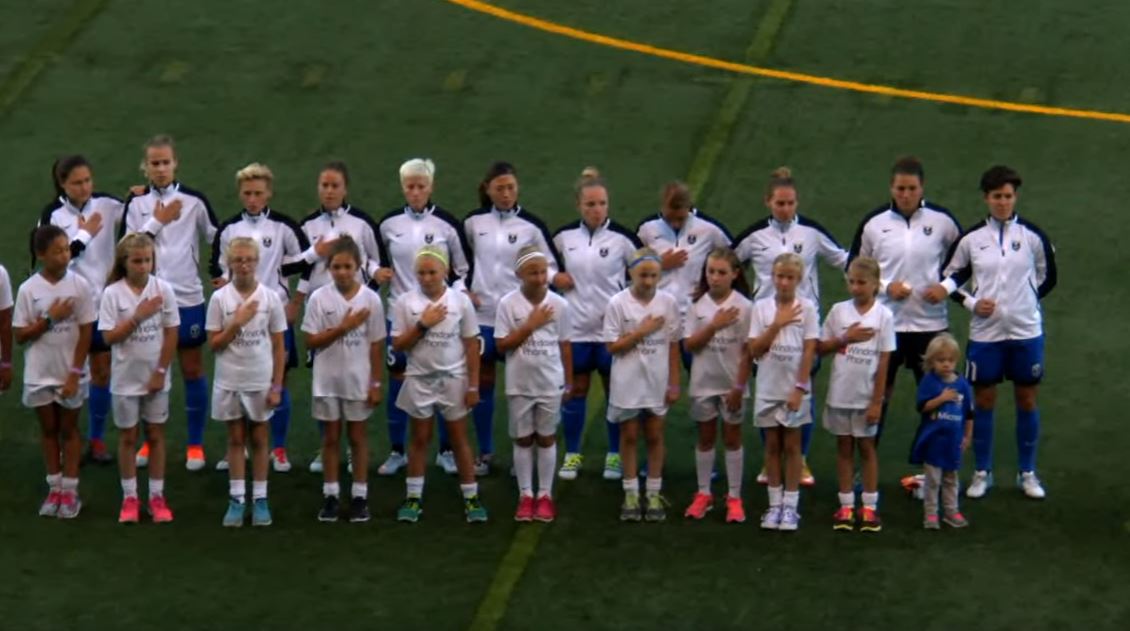 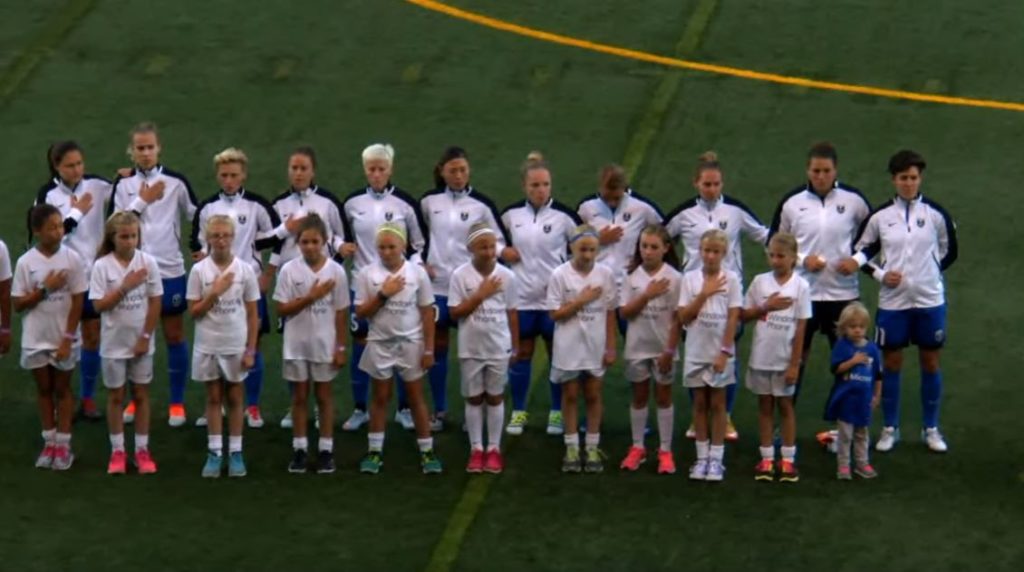 Megan Rapinoe did not kneel for the national anthem on Sunday, instead standing and locking arms with Seattle teammates.

Seattle Reign FC’s entire starting XI locked arms during the signing of the U.S. national anthem prior to the team’s NWSL home match against the Washington Spirit on Sunday at Memorial Stadium in Seattle.

The action comes after teammate Megan Rapinoe made national headlines over the past week for her decision to kneel during the anthem. Rapinoe, who made her first start of the season on Sunday, did not kneel but instead joining her teammates in the locking of arms.

Rapinoe knelt during the anthem on the road against Chicago on Sept. 4 in support of San Francisco 49ers quarterback Colin Kaepernick, who kneeled for the anthem during the NFL preseason to bring attention to what he says is the oppression of black people in the United States.

Rapinoe said after that Sept. 4 match that “being a gay American, I know what it means to look at the flag and not have it protect all your liberties.”

[LAULETTA: Spirit got it all wrong in changing national anthem]

But Rapinoe was denied the opportunity to kneel on Wednesday in Maryland when Washington Spirit owner Bill Lynch, a veteran, played the national anthem while teams were still in the locker rooms because he could not “willingly allow anyone to hijack this tradition that means so much to millions of Americans.” Rapinoe called the action “f***ing unbelievable” and said she believes Lynch is “homophobic.”

Spirit players released a statement on Friday stating that they “respect our owner’s freedom to share his views…but as a team we don’t necessarily agree with those opinions or the actions taken.”

On Sunday, the Reign also honored five active-duty members of the U.S. Navy in a ceremony prior to the match to mark the 15th anniversary of the terrorist attacks of Sept. 11, 2001.

[GORDON: What could have been for Spirit on Wednesday]