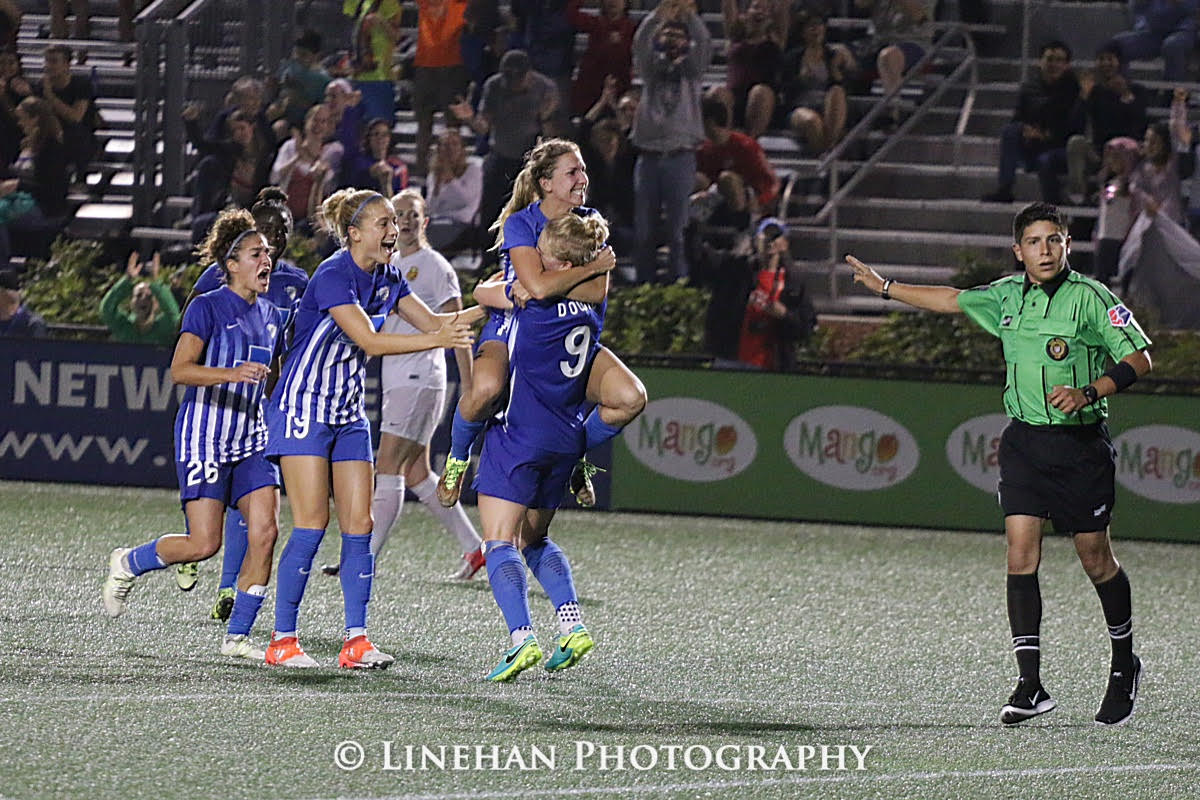 On Wednesday night, the Boston Breakers and Western New York Flash played to a 2-2 draw in front of 1,435 fans at Jordan Field in Boston. A point gained by the Flash means that both the Houston Dash and 2-time defending NWSL Champions FC Kansas City are both eliminated from NWSL playoff contention. 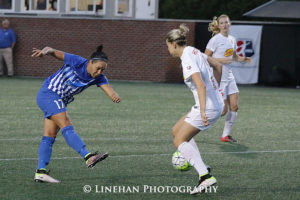 Kyah Simon opened the scoring for the Breakers. (Photo credit: Clark Linehan for The Equalizer)

The Breakers opened the scoring just four minutes into the match through Kyah Simon. Simon received a pass in the penalty area from Julie King, then turned and fired her shot past Flash keeper Sabrina D’Angelo into the back of the net.

Before halftime, the Flash equalized. Jessica McDonald received a long pass from Sam Mewis and got in all alone 1-v-1 against Breakers keeper Libby Stout. Stout was able to save McDonald’s initial shot, but McDonald put away the rebound.

After the halftime break, Natasha Dowie put the Breakers ahead 2-1, with Louise Schillgard providing a sublime assist.

But the Flash equalized once again, this time through Lynn Williams in the 76th minute.

The Flash pushed for a winner in the remaining minutes of the match, but could not find one, and this one ended in a draw.

Next up for the Breakers is an away match against the Houston Dash on Sunday, September 11, while the Flash travel to Portland to play the Thorns on Sunday.