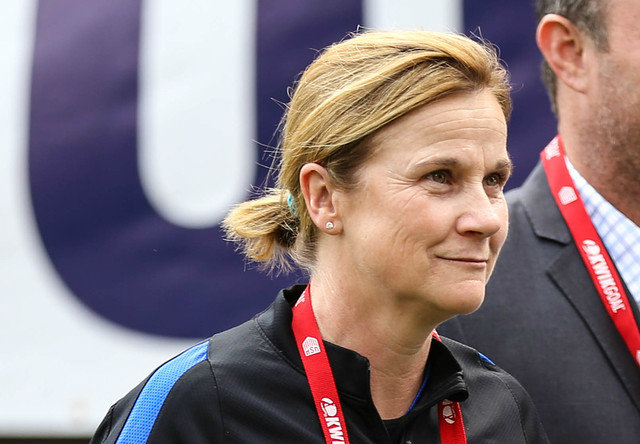 “Over time, there’s been off-the-field distractions, and the federation’s taken action,” Ellis said of Solo. “Each time action’s been taken, there’s been made clear an expectation that this would be the last time – such a step would be necessary. Sadly, Hope’s postgame comments forced us to make a significant decision. It wasn’t a decision just made about comments; it was a sum total of actions that have unfortunately shone a negative light on our program.”

Solo, U.S. all-time leading goalkeeper with 202 appearances, 150 wins and 103 shutouts, was handed a six-month suspension last month and had her national-team contract terminated. The punishment came after Solo called Sweden “a bunch of cowards” following Sweden winning a penalty shootout and knocking the U.S. out of the Olympics in the quarterfinals for the first time ever.

Solo said on camera in a documentary aired last week that she feels the punishment is retaliation for her outspoken nature in the U.S. women’s national team’s ongoing collective bargaining with U.S. Soccer and the still-open filing against the federation with Equal Employment Opportunity Commission. U.S. and Seattle Reign FC teammate Megan Rapinoe suggested similar motives are possible.

“They’re going to use my comments as an excuse to get rid of me forever so that they don’t have to deal with such a strong voice in opposition to field conditions and playing conditions and pay and I’m just a thorn in their side and it’s time for them to cut their losses,” Solo said.

Solo announced last week that she will not play again for Seattle Reign FC this season, saying, “mentally, I am not there.”

Ellis appears to have moved on, stating that the she is thinking about 2019 for the goalkeeper position as well as the entire team.

“After the Olympics, the plan was always to plan for 2019, and that means investing in the other keepers and getting them playing time,” Ellis said. “And that’s still the process; it’s the same for every position, but right now, everything is about building to 2019 and the future.”

Chicago Red Stars goalkeeper Alyssa Naeher, 28, was Solo’s backup at the Rio 2016 Olympics. Orlando Pride goalkeeper Ashlyn Harris, 30, was an alternate. Both goalkeepers were part of the 2015 World Cup-winning roster.

NCAA Wrap Up Week Three
The Lowdown: The latest from Week 17