Rapinoe kneels during national anthem in ‘nod to Kaepernick’ 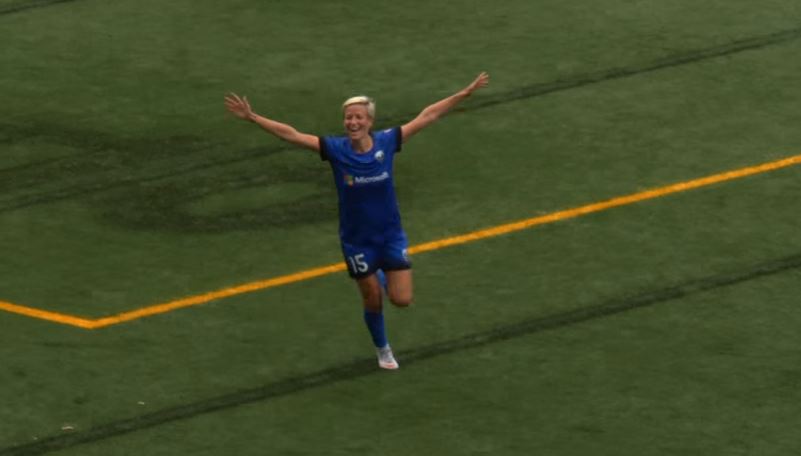 Megan Rapinoe knelt during the playing of the United States national anthem on Sunday to join Colin Kaepernick in his stance for justice.

Rapinoe’s action was “a nod to Kaepernick,” John Halloran reports. The Seattle Reign FC and U.S. women’s national team forward knelt during the anthem prior to her team’s 2-2 draw with the Chicago Red Stars on Sunday at Toyota Park in Bridgeview, Ill.

“Being a gay American, I know what it means to look at the flag and not have it protect all of your liberties,” Rapinoe said. “It was something small that I could do and something that I plan to keep doing in the future and hopefully spark some meaningful conversation around it. It’s important to have white people stand in support of people of color on this. We don’t need to be the leading voice, of course, but standing in support of them is something that’s really powerful.”

Megan Rapinoe knelt during the national anthem tonight in Chicago. Says it was intentional, "a nod to Kaepernick."

It's the least I can do. Keep the conversation going. https://t.co/qwfHcqgV6J

Rapinoe’s “nod” refers to San Francisco 49ers quarterback Colin Kaepernick, who decided not to stand for the playing of the national anthem during the NFL preseason in protest of racial inequalities and injustices in the United States. Police-related violence is part of that protest, Kaepernick says.

“I am not going to stand up to show pride in a flag for a country that oppresses black people and people of color,” Kaepernick said last week about his decision. “To me, this is bigger than football and it would be selfish on my part to look the other way. There are bodies in the street and people getting paid leave and getting away with murder.”