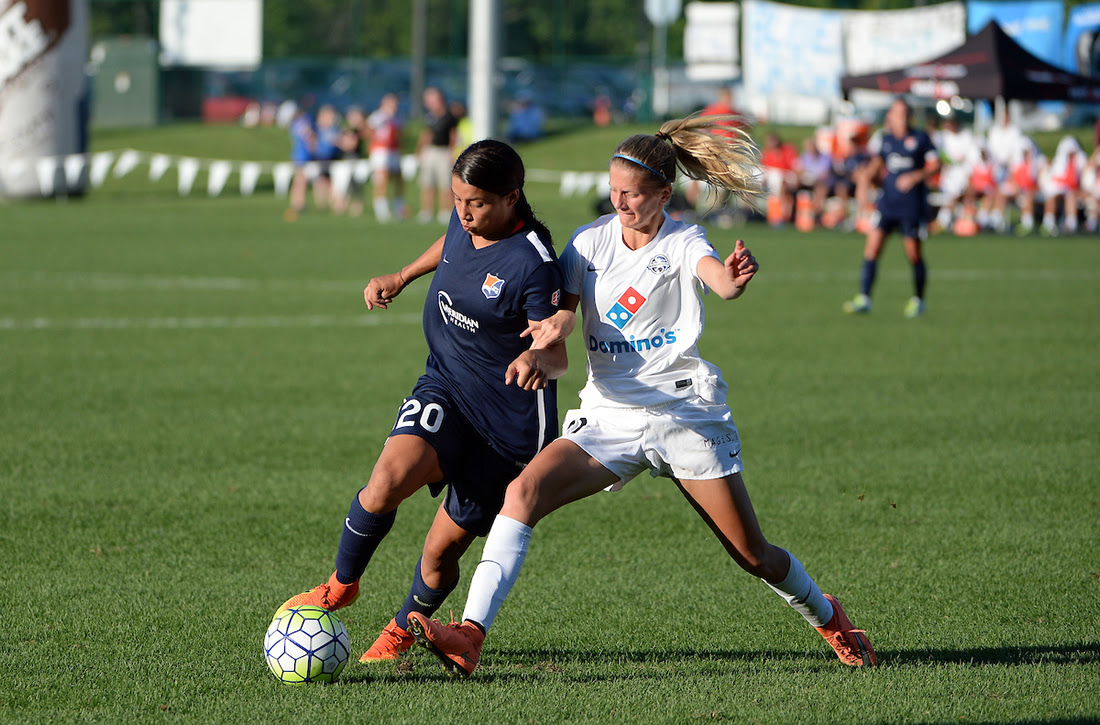 Tonight’s match was a must-win for FC Kansas City, as anything but a win would see the two-time defending NWSL champions eliminated from the playoff race for the first time in league history. That motivation was enough to propel FCKC to overcome a deficit for the first time in club history to clinch the win and three much-needed points.

That deficit was thanks to Samantha Kerr, arguably the strongest player in Sky Blue’s attack against FCKC, who put the New Jersey side on the board first in the first half. She and Leah Galton had connected for an attempt on goal early on, only to be denied by FKCK goalkeeper Nicole Barnhart. However, it was Kerr’s connection with outside back Erin Simon that proved most effective in the final minutes of the first half when Simon played the ball to Kerr, who timed her shot on the ball just right and sent it sailing over Barnhart’s fingertips.

Sky Blue’s lead would be short lived though. Moments later, Tiffany McCarty found the ball at her feet just outside of the goal box after being deflected off a Sky Blue defender. She fired off a soft shot, but there was enough power on it to sneak it past Sky Blue goalkeeper Caroline Stanley and just inside the post to equalize in the final seconds of first-half stoppage time.

The second half saw the physicality of the game increase, and both teams fought hard to take the lead. Although not the first player to receive a caution in the match—Heather O’Reilly was shown a yellow card in the first half—Sky Blue forward Tasha Kai was awarded a yellow after pushing Frances Silva from behind. Yael Averbuch took the resulting free kick from about 35 yards out, sending the ball over the three-player wall and past Stanley for the game winner.

FC Kansas City’s (5-8-4, 19 points) renewed playoff hopes may be short-lived though. The team travels to Chicago to take on the Red Stars on Wednesday, September 7. Although the Red Stars defense has looked disjointed at times throughout the season, their offense and goalkeeper Alyssa Naeher have helped the team in their push to grab a playoff spot for the second consecutive season. Sky Blue (6-7-4, 22 points) has what should be an easier bout against the Orlando Pride at home on the same day, but the match will be a must-win if Sky Blue wants a shot at the playoffs again this season.